Simple and delicious, this ginger/soy steak is the perfect note to end grilling season on. 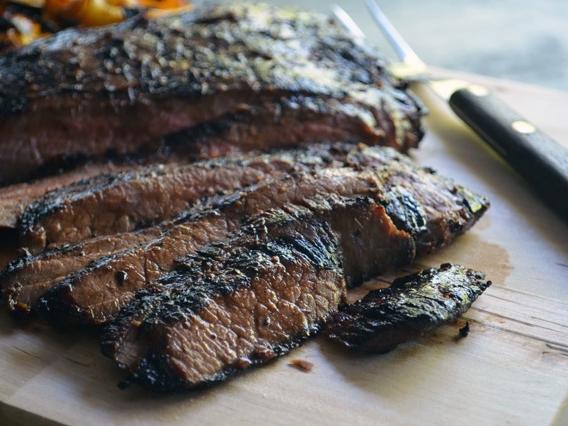 Anyone else feeling like a lazy griller at this point in the summer? Sure, you know how to mess with two-zone fires, and smoke with wood chunks, and all that. But if you just want to make easy, really delicious grilled steak for Labor Day, you need Sunset’s recipe for Soy and Ginger Flank Steak. This is almost one of those dishes where the name is the recipe—there isn’t much more to it than soy sauce, ginger, and meat. Some red wine adds brightness, and honey brings a rich, sweet note. Time, of course, is another major ingredient. The time the flank steak spends marinating is the difference between ho-hum beef and the tender and flavorful experience that you’re about to have. You’ll be amazed at how this preparation levels up the taste and texture of the humble flank steak, and we predict that it will become a go-to for any grilling occasion, not just Labor Day.

The salty-sweet teriyaki-style marinade goes together in about five minutes, especially if you use a food processor to mince the ginger and garlic. (Remember the lazy part?) Marinate the meat for a couple of hours, set the steaks on a hot grill (the recipe makes enough for two flank steaks), and they’re done in 10 or 15 minutes. Best of all, it’s simple to scale up the recipe—marinate and grill up as many flanks as your grill can handle. Easy! After all, isn’t Labor Day all about taking a break from work? 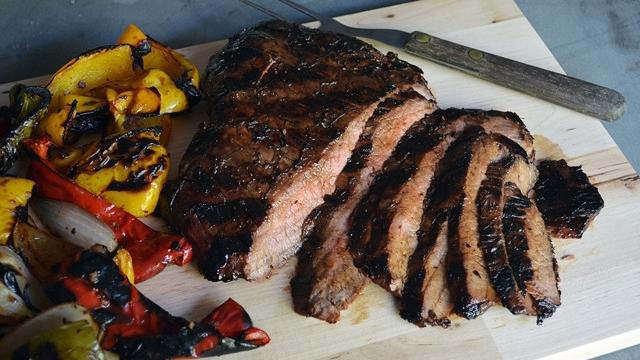 12 Perfect Recipes from an Iconic Steakhouse