After sweeping a California wine challenge, this Sonoma County label should find a place on your must-try list 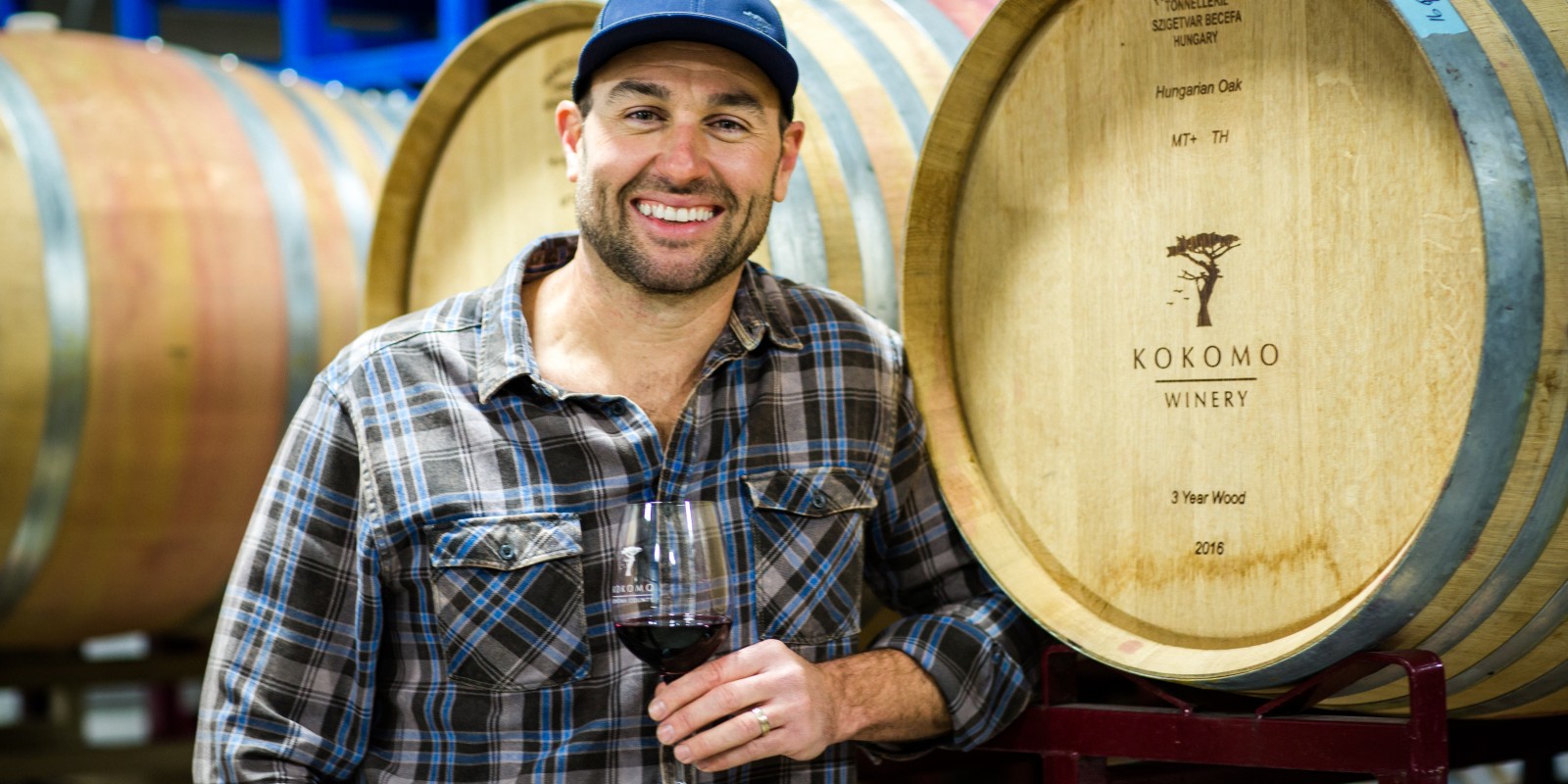 This year’s competition judges say they tasted more reds than ever before, including varietals less common to the local terroir, like Lagrein, Barbera, and Tannat. Another pleasant surprise? Sweeping success from a family-owned winery, which took home gold in three categories, including the competition-wide Best of the Best.

Kokomo Winery’s 2016 Pinot Noir, which also earned Best of Show Red and Best of Sonoma County, won a perfect 100 out of 100 score, the first ever in the competition’s six years.

Founder and winemaker Erik Miller (pictured above), who runs the winery with grower Randy Peters, moved west from Indiana to establish roots in beautiful Sonoma County. After leaving his job in finance, he took up an internship at Belvedere Winery, and fell in love with winemaking.

“After the first harvest, I knew the corporate ladder wasn’t for me, and I decided to take on oenology,” he laughs.

Soon after, he began his own winemaking venture, naming it after his blue collar hometown of Kokomo, IN. The rest is history.

Fourteen years later, Kokomo makes 15 varietals, including Cabernet, Merlot, Chardonnay, and Sauvignon Blanc. Miller says that of the six wines he entered in the competition, he hadn’t necessarily expected the Pinot Noir to garner such success. Though Kokomo’s first 2005 Pinot Noir “put them on the map,” their Zinfandel has earned high marks more recently on Wine Spectator, while their rosé of Grenache has won gold in the North Coast Wine Challenge for the past three years.

“It’s unique to make so many different things, but I try not to get pigeonholed into one varietal,” he explains. “I try to treat them all individually, and do each one well—that’s the goal.”

Want to try this year’s award-winning Pinot, or any of Kokomo’s other varietals, for yourself? Kokomo wines are poured in a handful of nearby Healdsburg restaurants, including Bravas Bar de Tapas and Willi’s Seafood & Raw Bar. While the winery doesn’t retail (yet), oenophiles can order online, or make a visit to Kokomo’s tasting room, set on 120 acres of Dry Creek Valley vineyards, and glowing with the Hoosier hospitality that Miller was raised on. Kokomo, along with other competition winners, will also be pouring at the North Coast Wine and Food Festival on June 9.