We didn’t kill our rooster, but these folks killed theirs. Good for them.

You may remember that we once had a rooster. Nugget. We got him when he was a chick-let, a rescue chicken. We opened our coop and (as muc... 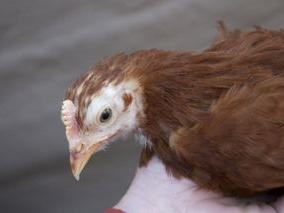 You may remember that we once had a rooster. Nugget. We got him when he was a chick-let, a rescue chicken. We opened our coop and (as much as you really can expect) our hearts to our little fluff of maroon. I held Nugget’s little warm body in my hands and introduced him to visitors at Sunset’s Celebration Weekend two years ago. 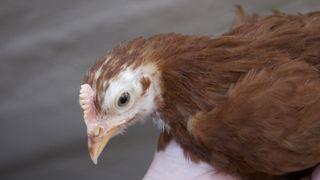 Then, the awkwardness of adolescence revealed it unlikely “she’d” ever lay an egg because she was totally a dude. Also, beating up on our other chickens. Even more unacceptable, giving me a hard time, pecking me every time I went into the coop.

And then he started crowing.

This put us on the wrong side of the law, as well as our plan of a happy coop of hens.

We shied away from the idea of killing him, even though Sunset magazine is a premier source for recipes for roast chicken, almond-crusted chicken, chicken stewed with green chiles or green olives, or turned into a summer corn chowder with avocado.

It’s funny: I’m naturally squeamish, so I dreaded the idea of the blood and terror of killing him, but I became the strongest advocate for it. If you are going to eat meat, why not meat you raise yourself? If you’ve got the nerve to eat flesh, why not take a principled stance?

In a last-ditch effort, I even shopped around the idea of feeding him to the alligator gar at the California Academy of Sciences, figuring it would be a relatively honorable end for him. The alligator gar, actually a large, toothy fish, has to eat; he eats chickens. It’s fulfilling the natural order of things. (A colleague’s father-in-law is an ichthyologist there, which is why she suggested it. I didn’t make that up myself.) Anyway, people thought I was a psycho who wanted the rooster to engage in some kind of gladiatorial nonsense. Which I DENY.

Eventually, he ended up going to live in the country, keeping his head, but leaving me feeling conflicted about my love of chicken korma.

Which is why I was so interested in how our colleague Samantha Schoech dealt with her backyard flock. Turns out, her Tilly was a rooster too. And this weekend, her husband and a couple of trusty friends killed him. In their backyard. Tonight, she’s planning to make pozole. 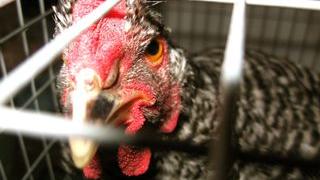 Sam’s blog has a video of the dispatching itself, which I steeled myself to watch. Only it wasn’t that bad. If you’re interested in animal husbandry, I recommend watching it to see if you can deal with the gory bits.

Want more about chicken “processing”? You must also check out our colleague-in-honest-food, Hank Shaw’s blog Hunter Angler Gardener Cook. (He is a rooster assassin for his Italian neighbors.)