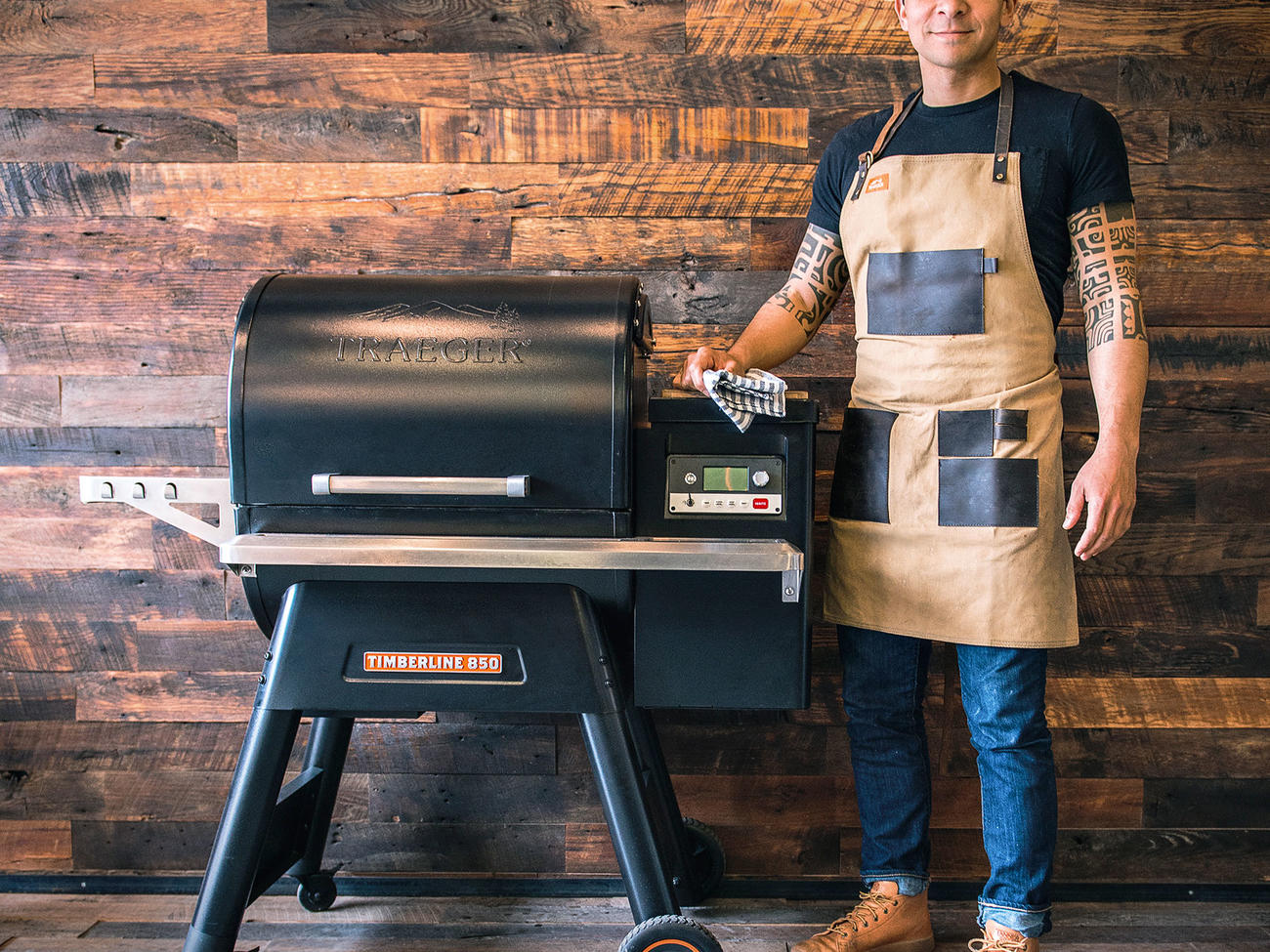 Nothing signals summer like the scent of hardwood smoke and grilled food. To kick off a season of cooking outdoors, we’re partnering with Traeger Grills to give away a swanky Timberline 850—featuring WiFire to connect the grill to your phone’s Traeger app for easy temperature regulation and access to thousands of grilling recipes. Traeger culinary director Matthew Domingo will also fly out to help demo the grill before cooking a recipe at the home of one lucky winner in the Lower 48 (a prize package worth $3,000).

To enter this contest, comment on our Instagram Post with your favorite food to cook on the grill and why. Be sure to tag @traegergrills and a friend or family member that you like to grill for. The Instagrammer with our favorite comment will win the prize package!

1. HOW TO ENTER: The contest begins at 10 a.m. PDT on May 16, 2017 and ends at 11:59 p.m. PDT on June 12, 2017. To enter online, go to sunset.com/traegergrills and follow instructions to participate on Instagram. Entrants must comment on the specified Instagram post with a comment about their favorite food to cook on the grill and why. The Entrant must tag another Instagram user in that comment and tag @traegergrills. Entries by postal mail will not be accepted. Limit one entry per person. Sponsor is not responsible for lost, late, illegible, incomplete, or entries not received for any reason. Entries become sole property of Sponsor and none will be acknowledged or returned. By entering, Entrant warrants that his or her entry (1) is original and does not infringe the intellectual property rights of any third party, (2) has not been published in any medium or (3) has not won an award. Instagram is neither a cohost or a sponsor of this promotion.

2. JUDGING: All entries will be judged by Sunset editors based on the following criteria: Appropriateness to Contest Theme (25%); and Creativity of written description (75%). In the event of a tie, an additional “tie-breaker” judge will determine the Winner from among all such tied entries using the judging criteria above. Incomplete and/or inaccurate entries and entries not complying with all rules are subject to disqualification. Decisions of judges are final and binding. Winner will be notified by direct message on Instagram by June 30, 2017.

3. ELIGIBILITY: Open to legal residents of the Lower 48 United States who are 19 years or older at time of entry (“Entrant(s)”). Void where prohibited by law. Employees of Sponsor and its promotional partners and their respective parents, affiliates and subsidiaries, participating advertising and promotion agencies (and members of their immediate family and/or those living in the same of household of each such employee) are not eligible.

4. PRIZES AND APPROXIMATE RETAIL VALUE: One Winner will receive the Traeger Grill prize package (total approximate retail value: $3000), which includes a Timberline 850 Grill, featuring WiFire, and a grill demo from Traeger Grill culinary director Matthew Domingo. All other expenses not specified herein are the responsibility of the Winner. ALL TAXES ARE THE SOLE RESPONSIBILITY OF THE WINNER. The prize is awarded without warranty, express or implied, of any kind.