The truth about Nugget

I've been avoiding blogging about this, but there's really no denying it at this point: Nugget is a rooster. And not a secret, demure ro... 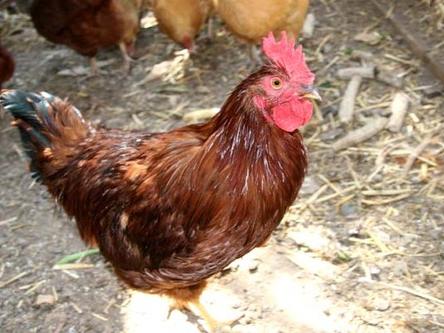 I’ve been avoiding blogging about this, but there’s really no denying it at this point: Nugget is a rooster.

And not a secret, demure rooster. A big ol’ red roostery rooster. 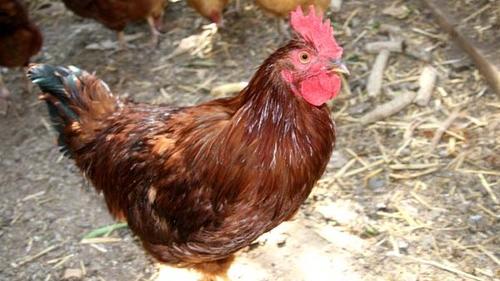 This poses a few problems for us. First and foremost, we can’t keep a rooster at our headquarters in Menlo Park, Calif., because the city code forbids it. (All that crowing!)

Second, as he’s grown up, he’s gotten nasty. He’s taken to attacking me when I come into the coop, which is okay on days when I’m wearing boots and jeans but is decidedly uncool on days when I wear a dress. He breaks the skin and leaves little red peck marks.

Third, if we left him there, our hens would eventually end up with chicks of their own — and we’re not in the business of more chickens.

It’s a hard life, being a rooster. Half of all chickens are born male, of course, but chickens don’t pair up one hen to one rooster. The recommended ratio is one rooster to 10 hens — sometimes more. The inevitable consequence is that a lot of young roosters never grow up to be adults. When you think of people killing their Sunday chicken, that chicken is likely a rooster. Why kill an egg machine when you can kill a squabbly fighter?

Which brings me to temperament. Some roosters are reportedly lovely — pets, even. All over the Internet, there are accounts of roosters who follow people around the garden and leap into their laps like cats.

Those stories are outnumbered by desperate pleas asking “What do I do now that my rooster has gone mean?” Because when a rooster gets to be 22 to 24 weeks, his natural instincts kick in. Your flock of hens? He doesn’t see them as yours. They’re his. And you are an interloper, threatening them.

Roosters of the red varieties — Rhode Island Reds, New Hampshire Reds, mutts like Nugget — have the worst reputations, because some strains in those varieties were bred only with egg-production in mind, no consideration given to charming personalities. Nugget, who aggressively tries to stay between me and the hens when I walk into the coop, and who bites my ankles and calves and feet in an attempt to get me away from them seems to have inherited every bad habit.

The advice often given on BackyardChickens.com is that a rooster thatattacks you sees the stew pot.

I recently sent out an email to Team Chicken taking a hardline stance, suggesting that we kill Nugget.

Other members of Team Chicken were not so sure. After all, we’re not in the farming business, exactly. And we’ve named him Nugget, for pet’s sake.

Figuring out the right thing to do in this situation feels tricky to me and the rest of Team Chicken. Some people report good rooster rehoming experiences — finding a friend who lives in the country who can keep a rooster, for example. But horror stories lurk: How do you know your rooster won’t be used as bait in a cockfighting operation? Or otherwise mistreated? Or simply taken in by a sturdier sort of person, who will swing the hatchet that you didn’t have the nerve for?

And the idea that we would shy away from this part of raising animals — farm animals — seems coy to me. We’re literally in the business of writing recipes for easy chicken dinners. One of our top magazine cover lines is “Crispy chicken tacos.” If we’re all chicken-eaters, why not eat this chicken? We know his history; we know he’s been raised humanely; and we know that if we have to kill him, we would do so humanely and respectfully.

The answer looms large: It’s the unpleasantness. It’s the difference between chicken you buy plucked and wrapped up in the supermarket, and the chicken that you dispatch yourself, with the heavy thud of an ax.

We may find a new home for him yet. Test Garden Coordinator Johanna Silver has a lead on a farm that may be able to take him. I’ll update when we know more. 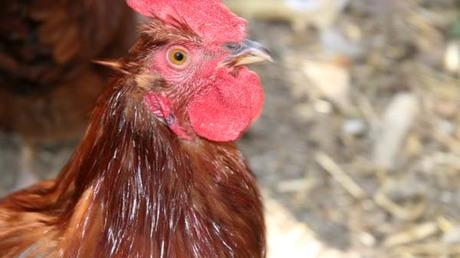