Team Tea: The green and the black

As you probably remember, the rest of the team and I are twiddling our collective green thumbs until picking season is upon us, so I’ve ... 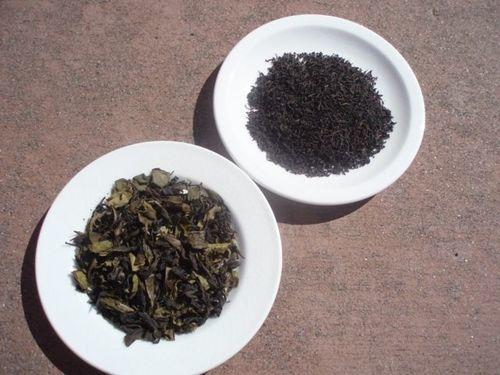 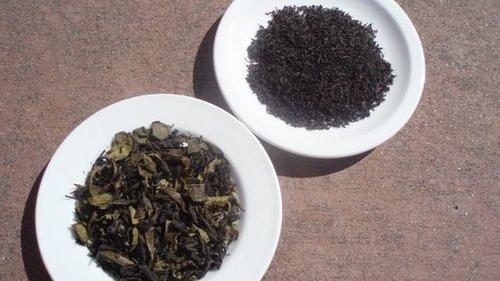 As you probably remember, the rest of the team and I aretwiddling our collective green thumbs until picking season is upon us, so I’vebeen spending some time with Jason Goodwin’s A Time for Tea, which Chrismentioned in our last post. Since the book is hard to find, I thought I’d sharesome of what I’ve learned from it.

Turns out some of the blame for the long-standing myththat black tea (above right) and green tea (above left) came from different species of plant surely must fall on the Englishman John Hill, self-proclaimed philosopher, actor, gardener, and pamphleteer (depending on what he ate for breakfast that day, I suppose).Donning his botanist hat, Hill published Treatise on Tea in 1753, which claimedthat Thea virdis was the plant behind green tea and Thea bohea the plant behindblack tea. Carl Linnaeus, a legitimate botanist and the father of modernecology, had himself just published a book, his Species Plantarum, that Goodwinsays “contained the sum of current knowledge about tea.” Led to believe Hillwas an authority on tea, Linnaeus “corrected” the book’s second edition withHill’s misinformation, affirming (mistakenly, of course) that Camellia was anentirely separate, unrelated genus.

At that time, China was closed to Westerners, so no onefrom Europe or the Americas could confirm whether the difference lay in the“bush itself” (as Goodwin says) or in the “manipulation of the leaf, or in theair or the climate or the soil or in a combination.” In 1848, Samuel Ball,former Inspector of Teas to the Honourable East India Company, published thetruth that green and black teas differ only in their “manufacture.” But itwasn’t till 1905 that a consensus was established by the International Code ofBotanical Nomenclature, which declared all “Theas” to be the same as“Camellias.” And today we know tea’s true name to be Camellia sinensis.

We can’t start picking the tea leaves here until aroundApril—that’s when we expect to have enough new growth on the plants. But we’reup to speed now on how to make our very own green and black teas, so stay tunedas we pick, wilt, bruise, steam, dry, and sip.