Team Found Fruit, based in Oakland, CA, are a group of intrepid foragers, gardeners, and Slow Food enthusiasts. The members live wit... 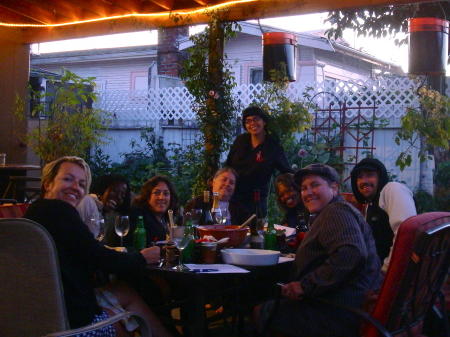 Team Found Fruit, based in Oakland, CA, are a group of intrepid foragers, gardeners, and Slow Food enthusiasts. The members live within a five-mile radius of one another, and are also creators and members of FoundFruit.com, a social networking website that helps connect community to local food and sustainable living practices. They’ve entered the One-Block Party contest with all the skill and gusto of their fruit-foraging, crab-and-eel-fishing, livestock-raising East Bay collective. This report brings us up to date with the team right before their One-Block Party this Sunday. 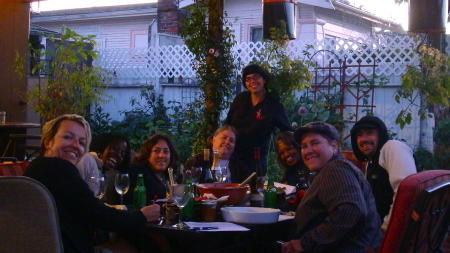 Our team met recently for a potluck to try out recipes and to finalize the menu for the feast. We’re so excited for the party! In the past few weeks we’ve been finishing up our projects and harvesting fruits and veggies as well as foraging for fish and berries.

Stocking Up on Smelt 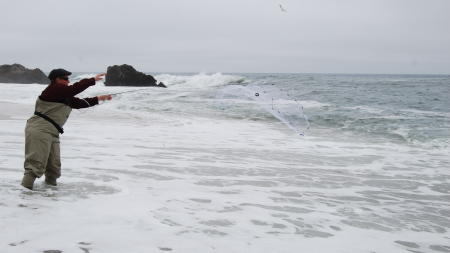 A few weeks ago, Kim and I went Hawaiian throw netting for surf smelt in Half Moon Bay to catch fish for the feast. Standing in the waves throwing the net is dangerous but exhilarating. We caught pounds of fish, and already have some frozen from our last fishing adventure, when we caught smelt at night. The surf smelt that run in the daytime are a larger variety (closer to the size of sardines) and are great pan-fried.

In certain seasons the smelt come in to spawn after high tide at particular times of the month. Last week, every fifth wave brought the smelt in. You wait until you see them in the water—and that’s when you throw the net. Pulling it back in can be hard due to the ocean’s resistance (and the smelt). 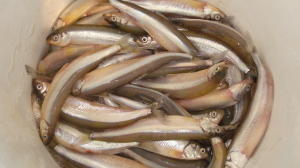 In keeping with the spirit of a self-made feast, we will be dining on pottery made by Todd. It’s so beautiful that the food actually tastes better on it! Plates, bowls, cups, pitchers—you name it, he makes it. 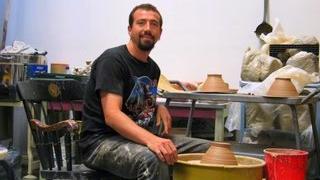 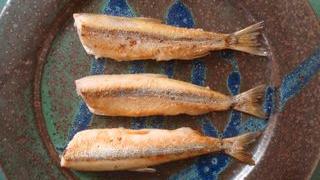 Todd has also been busy brewing an I.P.A. for the feast. 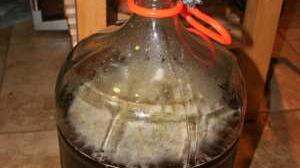 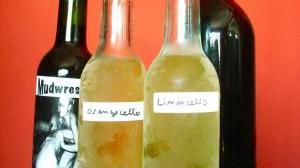 A Cascade of Fruit

All the pears, nectarines, plums, grapefruit, loquats, persimmon, cherries, and berries will show up at the feast in one form or another—including, of course, dessert: fruit compote and galette. 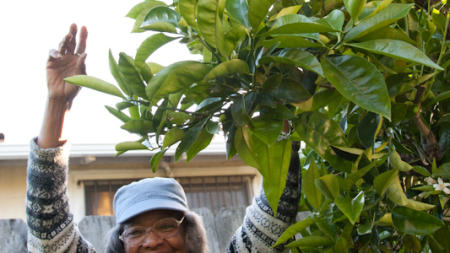 The Littlest Livestock: Snails and Bees

Kim is still collecting and purging garden snails for the feast. Escargot anyone? Anything tastes good with enough butter and garlic… 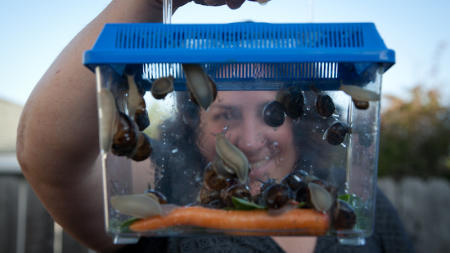 Three out of five of Team Found Fruit’s households are now keeping bees. Through Craigslist, Kim and Oletta got a swarm from the San Francisco Chronicle, which has a rooftop garden and two hives. We brought them home in a nuc box, then carefully shook the box of bees into the hive. Before long the bees were buzzing around enjoying their new home. 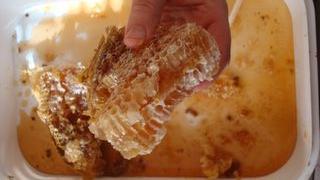 At our house, Jamie and I (who got our bees from a swarm on a manzanita bush in Richmond) were busy recently harvesting honey for the feast. We used the crush and strain method, in which you crush the comb by squeezing it with your hands until the honey drips out. I’ve read that bees can still sting when they’re dead, so we remove any bee bodies from the comb before it’s crushed. It’s a tasty, tactile experience (I love chewing the comb like gum while the honey comes oozing out). Then the honey is strained through a filter to remove any bits of comb. 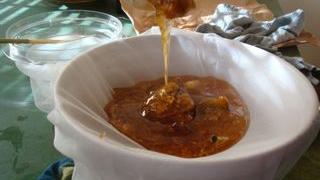 We suspect that our hive is now queenless. After our bees swarmed a month ago, there has been less and less activity in the hive. There’s plenty of honey and comb and some bees in there, but no evidence of a queen—no brood, very few bees, and no queen cells. We’re back on the swarm list (a ListServ group that we found out about through the Institute of Urban Homesteading) and may try to install some brood from another hive so the bees can make a new queen.

Over at Kitty’s, the farm is bustling with ducklings, kids, bunnies, and chickens. 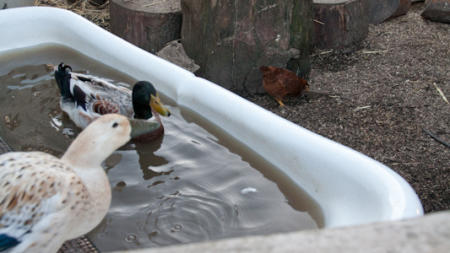 Poopie Butt the chicken has proved to be an excellent surrogate mother for a clutch of duck eggs. Here she is in the nest with six ducklings—and another three eggs are due to hatch in the next few days.

She’s a good mother, despite her name.
(Photo: Kitty Sharkey)

Just in terms of poultry, Kitty is raising quail, chickens (including great-looking Polish hens), and ducks. This makes for a beautiful array of eggs.

So, besides escargot and smelt, plenty of booze, fruit compotes and galettes, what will we have on our One-Block Party menu? Deviled duck eggs and pickled quail eggs, for starters. We’ll also be dining on goat feta, camembert, and chevre; goat’s-milk yogurt; braised rabbit and stuffed rabbit; and and honey prickly pear glazed chicken. We’re also harvesting peppers, cucumbers, lettuces, chard, squash, kale, garlic, onions, collards, beets, tomatoes, and carrots right now. We’re excited to have delicious fresh veggie dishes like beet napoleons and stuffed squash blossoms on the menu. With our nasturtiums we will be making capers (from the buds) and pesto (from the leaves), and eating the flowers in salad. And for dessert, we’ll have goat ice cream along with those galettes. 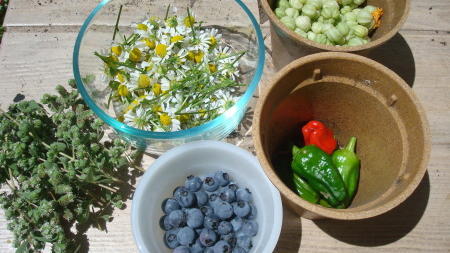 Some of what we’re harvesting from the front yard: marjoram, chamomile,
blueberries, padron peppers, and nasturtium seedpods. (Photo: Jamie Vasta)

And we have lots and lots of herbs in our herb spiral. There’s tarragon, chamomile, oregano, thyme, marjoram—about 18 herbs total. 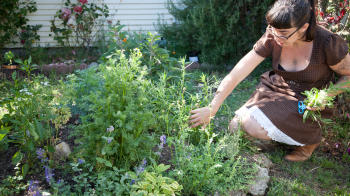 A Final Note From the Transportation Sector

One food project we haven’t talked about yet is one that doesn’t involve eating. It involves driving. I run my car off off 100% used vegetable oil donated by Pappo Restaurant and Culina deli, both in Alameda. I process it at home in my fueling station. While it’s not on the menu, throughout this entire project it has helped us lighten our a carbon footprint by recycling used oil. 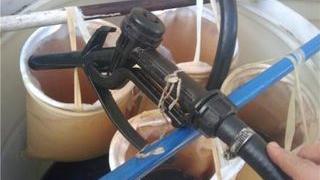 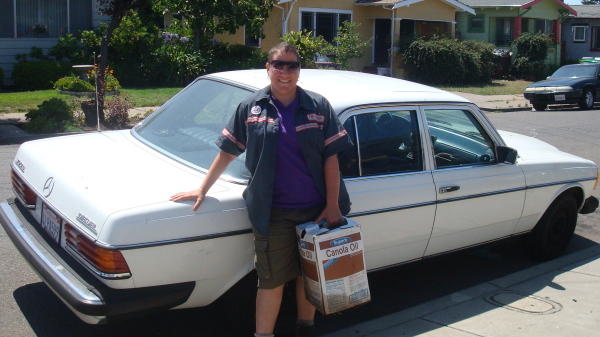 All fueled up. (Photo: Jamie Vasta)