The newest missive from the Skunks, who in their quest for protein have plunged into backyard aquaculture. Behold The Prawn Pad.   ... 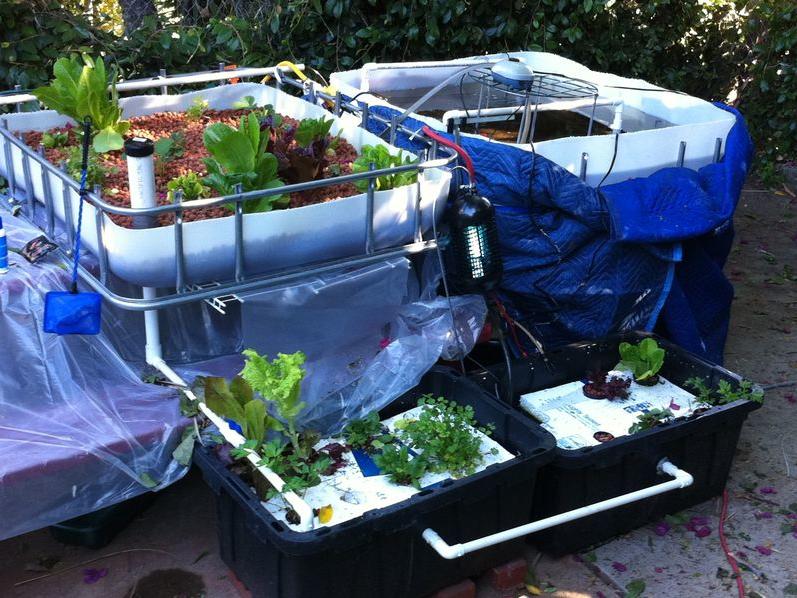 The newest missive from the Skunks, who in their quest for protein have plunged into backyard aquaculture. Behold The Prawn Pad. 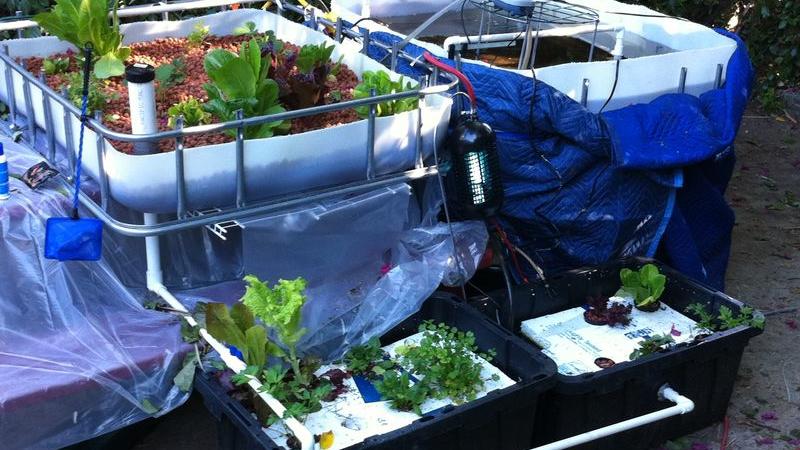 The runoff from the tank fertilizes the lettuce, strawberries and herbs. The prawns have their own One Block Garden! Details follow.

But first, a quick update on the rest of Bad Skunks’ gardens

May was basically the prep month for The Bad Skunks, although Steve and I harvested our artichokes, and Noel and Sonita had cabbages to share with everyone. 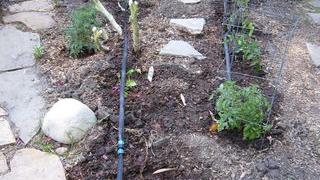 The hacked-back plants are the artichokes; the others are melons and pumpkins. Normally we start everything from seed, but we were worried that we wouldn’t have enough stuff ready for harvest simultaneously, so the melons and pumpkins are from a local nursery.

Sean discovered a grafted citrus tree—lemon and grapefuit (Lapefruit? Grapelems?)—hidden behind overgrown vegetation in a vacant lot around the corner, so that might show up in some form on the menu.

Speaking of, we’re steeling ourselves for the fruit onslaught that is June in Los Angeles. I’ll be canning six types of fruit this month. 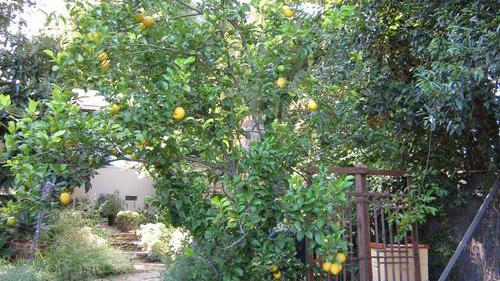 Our lemon tree and one of our beehives. We’ll be harvesting honey soon. 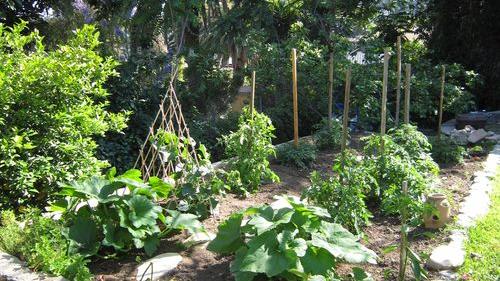 The Making of The Prawn Pad

Steve and I considered adding tilapia to our koi pond, but abandoned that idea. Tilapia need massive amounts of food to grow quickly, and we’d end up overfeeding our koi.

Tino also considered tilapia, but then decided that PRAWNS would be so much more exotic. She had wanted to use the cement wash basin on the outside of her garage (original to her Arts and Crafts bungalow), but discovered that it was leaky. 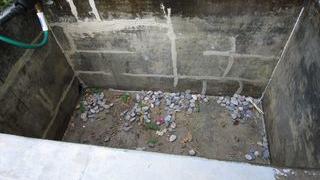 So she built her own aquaponic system. She bought an IBC tote, which is used for shipping liquids, off Craigslist for $70. It forms the outer shell of the setup. 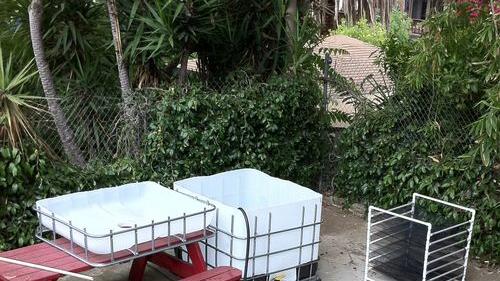 The IBC tote, after using a sawzall to cut off the top. The top became the growbed for the garden. 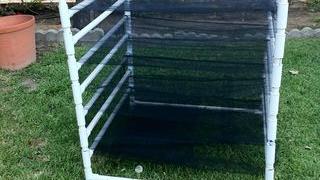 Here’s the prawn habitat, which is inserted into the tote.
It’s made of PVC pipe wrapped with tulle,
a type of very fine netting.

According to Tino, prawns are very territorial, so the shelving gives each group the illusion that it is  master of its own crustaceous domain. 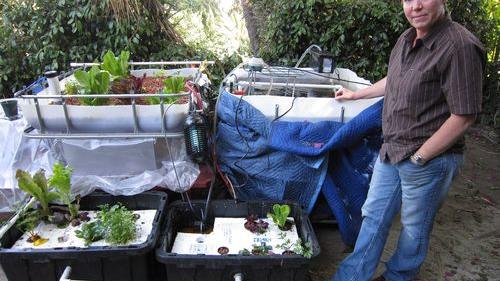 Tino with her sea-meets-land handiwork.

Here’s Tino, explaining how it works:

Large tank holds prawn and fish [goldfish]. Bacteria transform the fish poop into nutrients for prawns and plants. The nutrient-rich water is pumped from the tank into a PVC pipe with holes drilled into it so the water flows into the growbed—which is filled with hydroton clay pellets that absorb water.

We are using a flood-and-drain system in that bed, with a bell siphon made of PVC to drain water into a 27-gallon black Rubbermaid tub below, which is connected by another PVC pipe to a second black tub. These tubs use a raft system to grow plants: The rafts float in water, and the plants, growing bare-root in baskets, are inserted into holes in the raft so that their root systems hang directly in the water. Water is then pumped back into the shrimp tank from the second black tub. 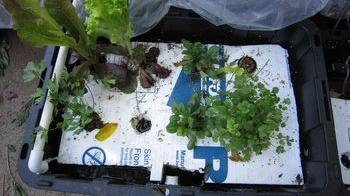 The plants are bare root (left) and are growing, suspended in water, with the help of a styrofoam floatation device.

A Chilled Prawn is an Unhappy Prawn 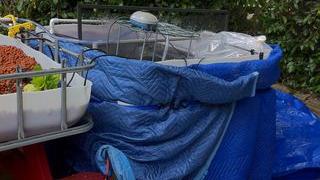 More notes from Tino: Had to insulate tank with furniture pads to keep the heat in because of unseasonably cool weather in L.A. Prawns need their water to be between 78 and 84 degrees, so I had to add several aquarium heaters and this insulation. The machine at the top is the air pump for aeration. We have over 200 prawns that are about an inch long. Hopefully at least 30 will make it to September.