Last night, TBD in San Francisco fired up their custom-made Grillworks grill for a preview party and what promises to be loads of exciting cooking, driven completely by wood fire. 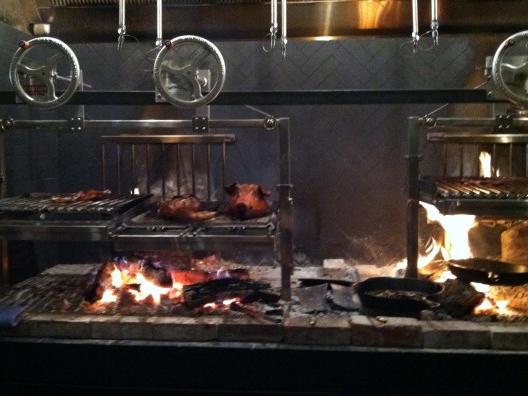 The Grillworks grill at TBD
Written by Elaine Johnson September 26, 2017
Share this story 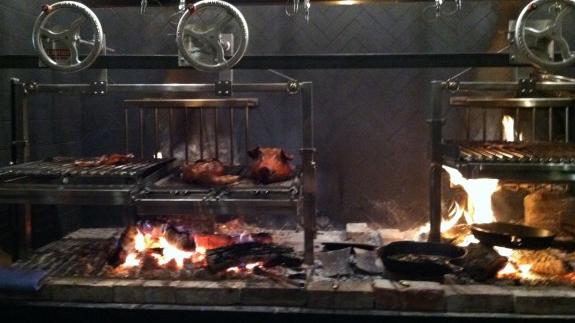 The Grillworks grill at TBD

Last night, TBD in San Francisco fired up their custom-made Grillworks grill for a preview party and what promises to be loads of exciting cooking, driven completely by wood fire.

Grillworks, which is Argentine-inspired but based in the U.S., has been called the Ferrari of grill manufacturers, and you can see the versatility they’ve included for TBD in the huge open-hearth design. There are places for grilling, ember-roasting, cooking a la plancha, and smoking.

“The hearth is completely malleable—it’s whatever you want it to be,” cook Josh Elliot explained. I’ve been cooking over a decade, and I’m completely relearning. I’ve been reading campfire books.” 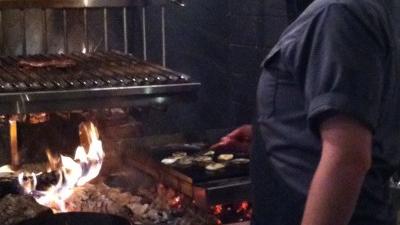 Josh Elliot cooks arrepas on the griddle, or plancha.

He demonstrated arrepas, small masa cakes, on the cast-iron plancha, and to go on top, sautéed maitake mushrooms in a cast-iron skillet perched over logs. 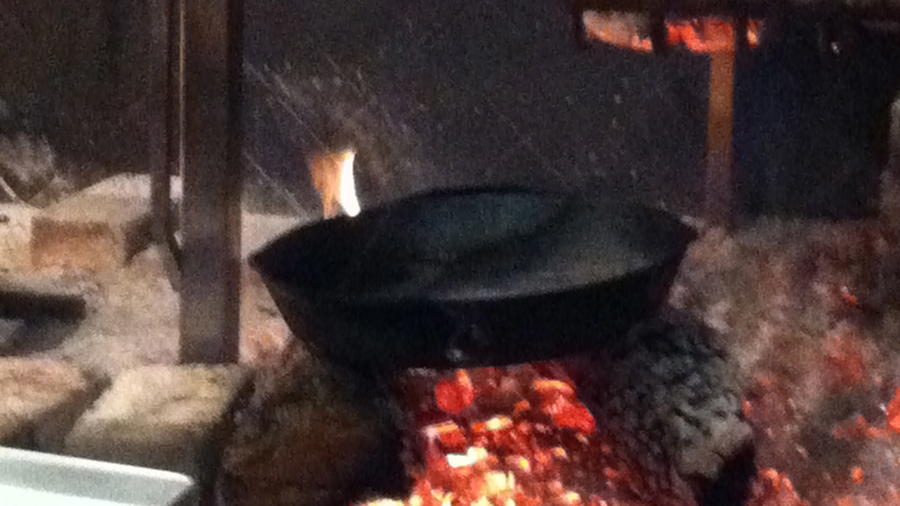 The fire is constantly changing, Elliot said, and they have to be ready to build it up for high-heat grilling or harvest the embers for slow-roasting vegetables, say.

In addition to skillets and planchas, chef Mark Liberman and team are experimenting with other cast-iron cookware that will stand up to the fire. Liberman will serve house-smoked salmon with sourdough rye waffles baked on a waffle grill. From the dutch oven, he’s planning on braises like rabbit stew as well as parsnip cake for dessert. He’ll also use a West African pot called a potjie, with feet and a rounded bottom. 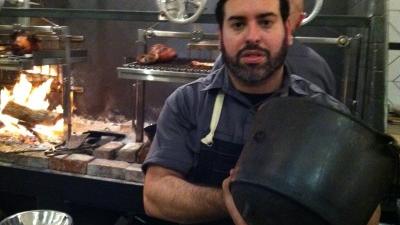 Mark Liberman at TBD with a potjie

As for the wood, they plan to use primarily oak, which burns long and slow but is hard to light, and almond, which lights more easily. They’ll also have areas in the hearth for burning small bathces of other wood such as birch and fig to flavor individual dishes.

TBD is set to open November 1.