Spread true cheer: Brew a beer for the holidays—get started now with our how-to help

As Team Beer’s brew guru and Sunset’s head gardener, Rick LaFrentz is a great guy to know—especially at this time of year. Yester... 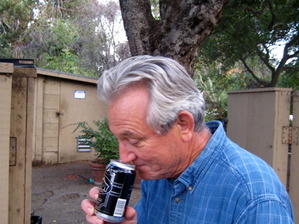 As Team Beer’s brew guru and Sunset’s head gardener, Rick LaFrentz is a great guy to know—especially at this time of year. 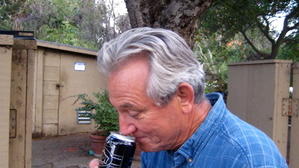 Yesterday afternoon, chatting about a seasonal beer from one of theWest’s many “local” breweries (more on this in a minute), he told meabout his latest concoction: a Trappist wheat that he’ll use to checkoff his Christmas list.

Rick brewed and bottled his homemade gifts a few weeks ago, but if you, ahem, hop on it this weekend, there’s still time for you to squeak one out: an ale takes about five weeks, from kettle to bottle.

Just download (for free!) a PDF of Sunset’s Guide to Making Beer. You’ll get Rick’s handy checklist of equipment and his recommendation for where to buy reliably tasty kits. No growing or malting required—as Team Beer is learning, this takes approximately forever (malting Sunset’s own barley for a wheat ale is how Rick plans to spend Thanksgiving weekend).

What to make? Rick and I both gravitate toward “winter warmers” when the leaves change—their malty and often spicy goodness is a welcome treat for any beer fan. They’re served chilled, of course, but they’re still “warming” because of their higher-than-a-lighter-beer alcohol content. 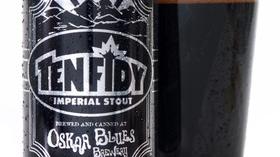 Speaking of warmers, I just got my hands on an Imperial stout called Ten Fidy; that’s what’s delighting Rick’s nose in this photo: “I always like to sniff beer,” Rick said when I laughed at his connoisseur approach. “It’s got a lot going on.”

This seasonal offering from Oskar Blues (“the little brewery that cans” in Lyons, Colorado) is a delight for dark-beer fiends. Hoppy yet not bitter, this chocolate factory has a decadent Champagne feel that would make those Imperial Russian czars proud. Yum. SoCal readers, you can share in Colorado’s joy: Ten Fidy is now available near you.

If you don’t have time to brew up a winter warmer of your own (really? this Imperial stout kit looks mighty good), you could always pick one up on your way to a holiday open house.

In terms of hostess gifts, I love Team Wine, but defecting to Team Beer clearly would have some benefits (hello, shorter fermentation times!).

Maybe I should apply for dual citizenship.