Rats in the henhouse! (Not our most charming day.)

It was inevitable, I guess, that eventually rodents would be attracted to our chicken coop. I mean, there's unlimited and frequently rep... 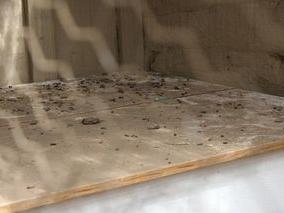 It was inevitable, I guess, that eventually rodents would be attracted to our chicken coop. I mean, there’s unlimited and frequently replenished free grain, vegetable snacks, and chicken wire for protection.A rat’s paradise. And, as a result, we’ve gotten rats. (The evidence — their droppings — are visible in the photo to the left. I made it small on purpose because it’s gross. You can click on the photo to enlarge it and see the scat in all its glorious, gross detail. I do not really recommend doing this.)

The main problem seems to be the Honeydome, our isolation coop that kept Honey while she was being henpecked and Nugget during his brief tenure with us. Rats are finding it to be the perfect spot to frolic.

Further investigation revealed how they’re getting in: 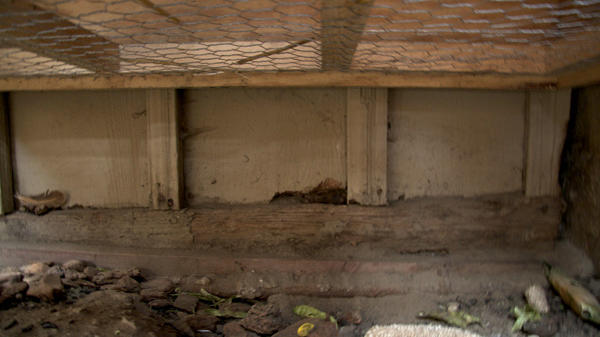 They seem to be gnawing holes through the walls and sneaking in under our secondary coop. Note the veggie detritus that they’ve dragged back under the second coop to gnaw on with their nasty rat teeth.

We’ve blocked this hole by putting bricks and landscaping stones over it but rats are wily. Especially when tempted by a feeder full of 40 pounds of delicious, delicious chicken scratch. (Also, look at the cool way Carmelita is stretching her wing in this photo.) 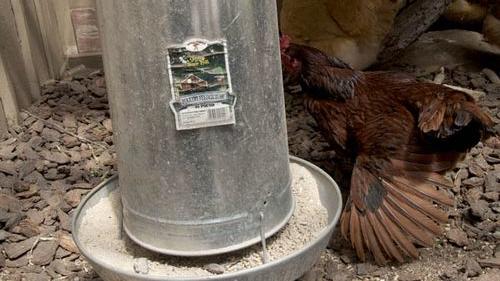 I guess that the next step should be setting traps, but I’m not sure that will solve the problem. Even if we kill the rat or rats that are currently pirating our chicken food, it’s entirely possible that new ones will just move in to take their place.

My current plan is to teach the chickens to squawk at rats as they come into the coop. I realize it will be an uphill battle to train them to become part of our anti-rodent strike force, but doesn’t Carmelita look fierce here? I’ll bet she could do it!

(Kidding. The rats are likely arriving at night, and our chickies fall fast asleep at dusk.)