You may be wondering what happened to Ophelia. You remember Ophelia. Our Ameraucana hen with an oversized crop. The chicken who, bi... 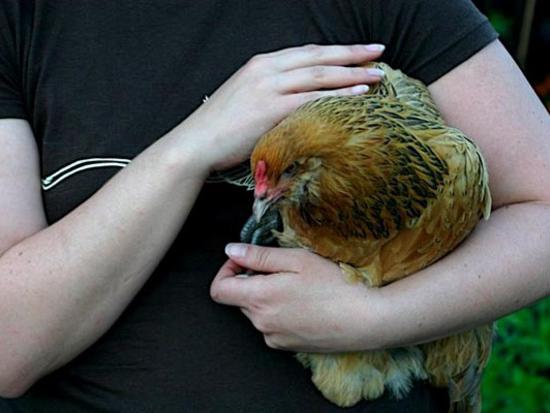 You may be wondering what happened to Ophelia. 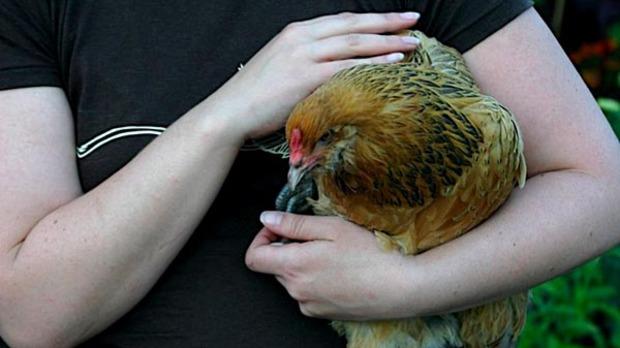 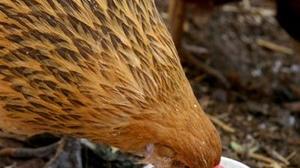 You remember Ophelia. Our Ameraucana hen with an oversized crop. The chicken who, bizarrely, had chicken surgery. The one we were keeping in a cardboard box in art director Jim McCann’s office and hand-feeding yogurt.

Good news: She seems healthy. Her crop is still larger than the others’ — but it’s puffy and soft, not hard and angry like it was before the surgery.

Now, a puffy crop is not strictly a sign of good health. That’s part of the reason it took me so long to update the blog; I was afraid that she was battling some kind of sneaky infection that would suddenly claim her. I wanted to avoid a triumphal post — “Ophelia is better!” — after which she would promptly keel over.

It’s been three months though. And she’s still perky, still laying an egg a day.

The vet told us that for chickens — any bird really — if they’re sick, they won’t lay. And Ophelia is plugging along.

She (and the others) do get supplemental plain yogurt as part of their diet now. The beneficial bacteria in it is supposed to help regulate the natural fungi-bacteria balance in their digestive systems. Plus, they think it’s delicious. And I think it’s hilarious to watch them eat it, so everyone is happy. 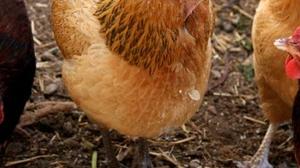 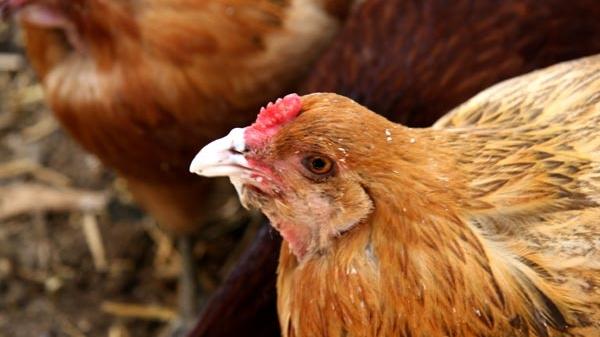