Our Flora hive was a swarmy hive this spring, and, as sometimes happens during all the swarming madness, was left queenless. What ha... 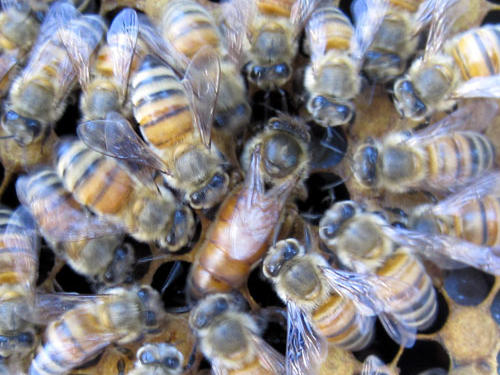 Our Flora hive was a swarmy hive this spring, and, as sometimes happens during all the swarming madness, was left queenless. What happened to Queen Flora? We’ll never know, but I like to blame the blue jays that hang out by the hives gobbling forager bees. A nice fat virgin queen on her mating flight would have been a succulent mouthful for a bird, and would have spelled the end of Flora’s bloodline.

So I’d like you to meet our new Queen Tess. 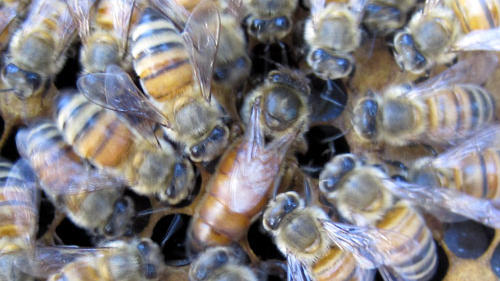 If you were at Celebration Weekend in June, you might have seen her in the observation hive in Sunset’s bee booth. 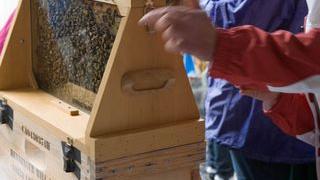 We were lucky—and so grateful—that Tina (that’s her at right in the photo above) and Thomas Keller provided us with the observation hive. They also filled it with a swarm they caught out at Tesla Motors  (Thus, the name Tess.) where Thomas works.

After watching the queen calmly laying eggs during that entire busy weekend, we agreed that she was a keeper. And since we were down one queen bee at Sunset, the Kellers offered her as a replacement.

Four weeks ago, Tina brought the new queen and some attendant bees over to Sunset’s apiary. They were in a cute little two frame nuc box. 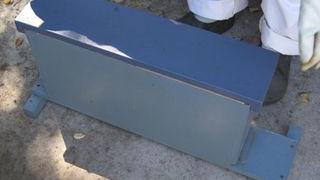 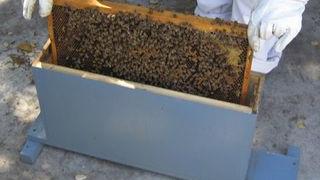 We put a sheet of newspaper on top of the queenless box of bees, topped it with a brood box filled with empty frames, and slid the frame holding the new queen and her bees into the center of the top box. The idea is that, by the time the bees have chewed through the newspaper, they will have accepted Queen Tess as their own. 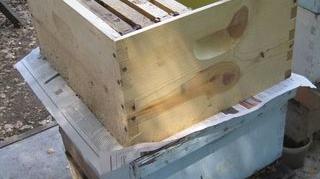 Last week we peeked into the hive. We didn’t see Tess in the top box, but since we found very young larvae, eggs, and brood on the frame—all signs of an active queen—we are hopeful that this hive is once again queenright.