I’ve held off on writing this post for a few weeks now. I’m not sure if it’s because I haven’t been willing to admit defeat, or i... 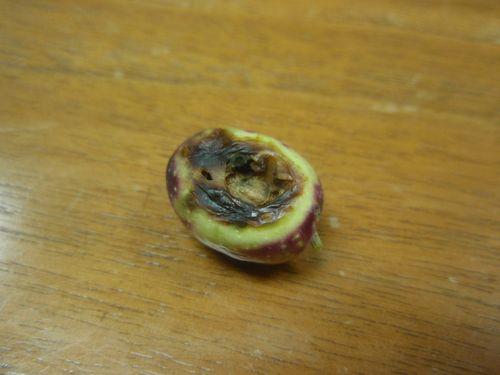 I’ve held off on writing this post for a few weeks now. I’m not sure if it’s because I haven’t been willing to admit defeat, or if I was secretly hoping that the results were wrong, and would somehow improve if just given a bit more time.

We’ve had a serious olive fly issue since the creation of Team Olive. This year, after a few delays, we started a vigorous attempt to rid a few of our trees of the pesky and destructive bugs. I say a few because we couldn’t afford to attempt to cure all of our enormous trees at once (as I mentioned in an earlier blog, GF120, the organic spray we’re using, isn’t cheap).

We did the spraying and then set traps. And the result? Rick, our head gardener, and I have seen a serious improvement in the four trees that we treated. But not enough. 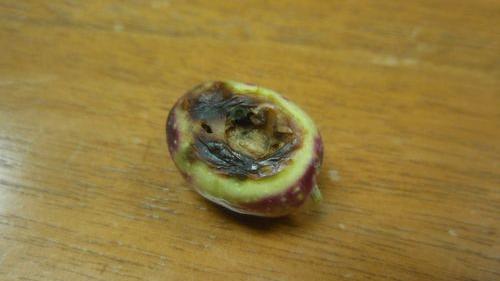 The traps worked also. At least they are filled with dead bugs, so we know they weren’t useless. We just don’t know if they were potent enough to attract all the bugs that we had. Can you see the little critters floating in water? There are tons of them. 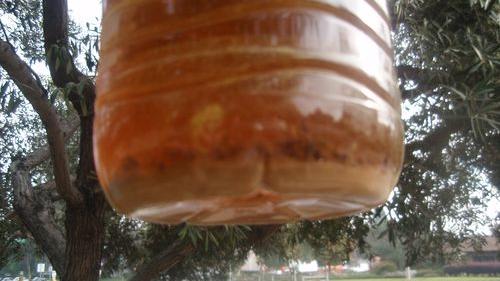 So while our trees are now only half infested, which is an improvement from last year, it’s not acceptable for olive oil,  unless we want to try and hand pick the olives (no thank you). If we did decide to sort them by hand, we’d still run the risk that some of the larva would make it into the press and make our oil less than awesome.

We’re not okay with less than awesome. Well, at least we try not be okay with it.