Inside the mind of a Western cartoonist

Even if you don’t recognize his name, you’ve likely seen the work of comic artist Daniel Clowes: On the cover of The New Yorker; in his comic book-turned-Hollywood flick Ghost World; on the label of the extinct OK Soda. 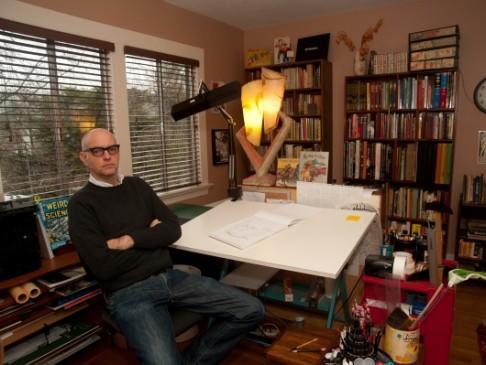 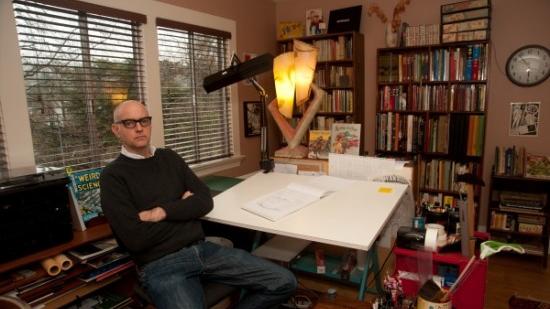 Even if you don’t recognize his name, you’ve likely seen the work of comic artist Daniel Clowes: On the cover of The New Yorker; in his comic book-turned-Hollywood flick Ghost World; on the label of the extinct OK Soda.

Native to Chicago, Clowes has lived in the West for nearly a quarter century, which recently earned him a retrospective at the Oakland Museum of California. “I now feel like I’m a Californian, after 20 years,” he says. Here’s why he stayed:

Oakland is your adopted hometown, what’s the charm?

As a cartoonist, what I like about it is it’s almost a cartoon of a city. It’s like a city reduced to its essential forms. There’s something lonely and desolate about it in some ways, but I find that very charming and beautiful. It feels like it hasn’t been over-explored, like there are little corners you could find that not everybody you know already knows about.

What’s one of your favorite corners?

There’s this restaurant, Flora, downtown in what used to be a beautiful old art deco building that was a floral depot back in the teens and twenties. I used to drive by and think, ‘That’s such a beautiful building, and it’s so amazing that it’s still there and beautifully preserved and ready to be turned into something.’

Where do you see the West in your work?

The vision I have of the world is shaped by growing up on the south side of Chicago in the ‘60s and ‘70s, which is a very different atmosphere from California. In my early comics, the backgrounds are very dense and it feels like everything is really constricted, which is the way it is in Chicago and New York. Then all of a sudden things open up and you start to see palm trees and mountains springing up.

When did it kick in that you were a Californian?

I felt like I was on vacation for about 10 years and that one day I’d wake up and have to go back home to the Midwest, and then one day I realized, ‘No I don’t have to do that, I can stay on vacation forever.’

[Growing up] I remember thinking that everybody lived like the people in Three’s Company, somewhere near Santa Monica. It was such a shock to see that not everyone in California is just hanging out on the beach.

Inside the mind of a Western cartoonist