Getting rid of Nugget

What to do with Nugget? Now that he's sprouted into a fiesty, illegal rooster? Some of us really didn't want to face the truth and were hop... 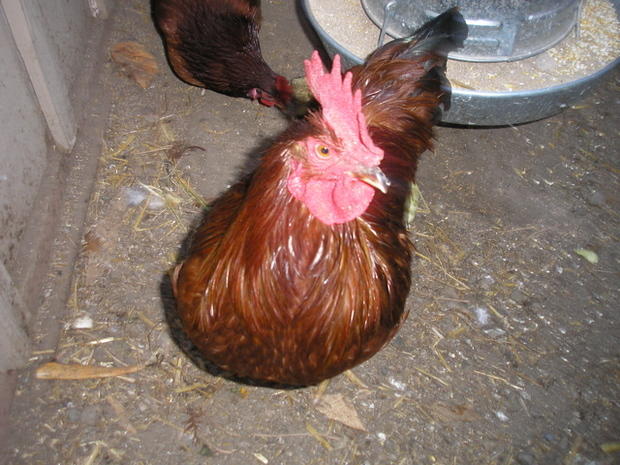 What to do with Nugget? Now that he’s sprouted into a fiesty, illegal rooster? Some of us really didn’t want to face the truth and were hoping he was just a big mutt hen with a bad temper. After all, he had not yet crowed. 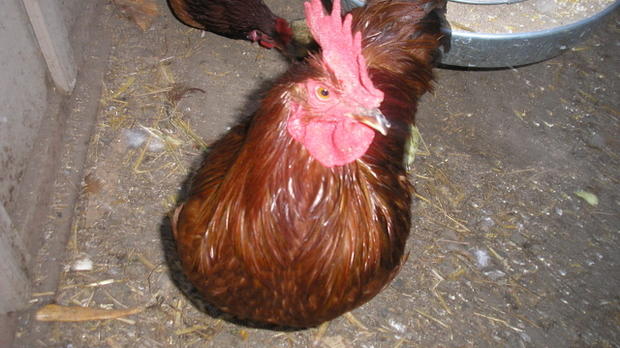 Test Garden Coordinator Johanna Silver, who’s been around many a chicken in her time, came out and said it: “Guys, Nugget’s a dude. Big green tail. Upright stance. Aggressive with his feet.”

So, for the past two weeks — as poor Elizabeth Jardina, Sunset Researcher, has steadily collected peck-welts from Nugget’s beak — Team Chicken has been mulling how best to deal with him.

We got together in a conference room and discussed it. Initially the solution had seemed obvious: eat him. By joining our flock, he’d become part of our one-block diet, after all. Coq au vin, fried chicken, and chicken cacciatore were mentioned. Johanna, who has had experience with chicken-harvesting, volunteered to get him ready for the pot, with help from whoever was interested.

But then we thought about it some more. Here’s how the conversation went, more or less:

— Is there something slightly vindictive about us killing him? He’s just doing his job and being a rooster.

— What if we took him back to McDonalds?

— What about the SPCA?

— Who would adopt a full-blown rooster? He’s no pet. He’d be put to sleep the next day.

— We could give him away, but probably the only people who would take him would also eat him. The world is pretty bleak if you’re a rooster.

— You people need to get real. This is what you do with farm animals!

— I actually don’t think we should kill him.  It’s be different with hens. You eat their meat when they stop laying because it’s part of the cycle. Let’s find him a home.

— Also, he was initially given to us so that we would take care of him and let him live.

This last argument ended up deciding matters. We wanted to respect the feelings of Pat McCarty, one of our entertainment-kitchen cooks, who brought us tiny Nugget back in May and definitely did not want him ending up as dinner. Johanna would ask her farmer friend, who has chickens galore, to take him. And Pat would search for homes, too.

The farmer friend had too many chickens of his own, and actually needed to cull a few. And Pat contacted just about every farm-animal sanctuary in the Bay Area (and a few beyond), and all were full.

Meanwhile, Nugget is getting bolder and stronger by the day. He’s also terrorizing poor Honey, flying at her like a demon from hell and chasing her into the henhouse. (Whenever I go visit the chickens now, I take a pitchfork, just in case I need it.)

If we can find a place for Nugget  FAST — as in, the next few days — we’ll give him away. Otherwise, we’re going to reconsider those chicken recipes.

Nugget on the move: 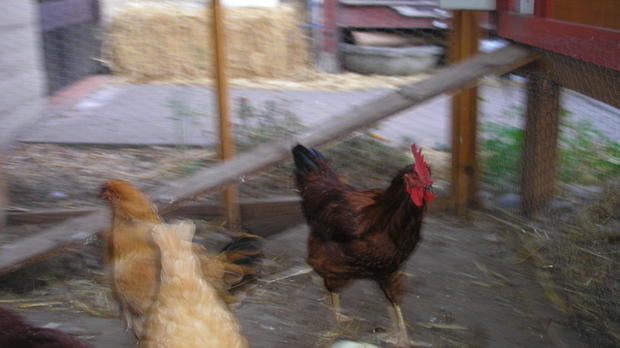