From beeswax to lip balm

In folk medicine, beeswax is used for many things—emollient, antiseptic, and ointment. We think it makes great lip balm, and our homema... 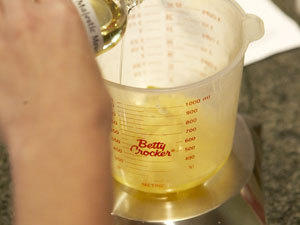 In folk medicine, beeswax is used for many things—emollient, antiseptic, and ointment. We think it makes great lip balm, and our homemade lip balm makes great gifts.

SuppliesDouble boiler (we made our own from an old saucepan and 4-cup plastic measuring cup)BeeswaxSweet almond oilJojoba oilFlavor oil of your choicePlastic transfer pipettesKitchen scale (We recommend using a digital scale with a tare, or zero function)Plastic TomLip Balm Tubes

Kimberley bought everything we needed from Majestic Mountain Sage. The beeswax and kitchen scale we had on hand.

It took about an hour for each batch and we suggest you make a small batch first, and adjust the recipe to your liking. More oil makes the balm softer, and less oil makes the balm harder. Kimberley pointed out the the harder balm stayed on her lips for a longer time, even through brushing her teeth.

1. In the saucepan we put enough water (about 1.5 cups) to float the plastic measuring cup, and brought the water to a boil.

2. We weighed the measuring cup and used that weight to zero out the scale. We broke up the wax into small pieces—the smaller the peices, the faster the wax will melt—and weighed it in the measuring cup, then added the oils by weight. To make the math easy, we re-zeroed the scale after every addition.For approximately 50 .15 oz (4.25 gram) tubes, we used 128 grams of beeswax, and 64 grams each of jojoba oil and sweet almond oil. 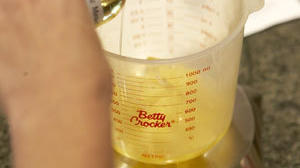 3. Once the water in the saucepan boiled, we reduced it to a simmer and put the measuring cup full of wax and oil in the boiling water, stirring occasionally as the wax melted. 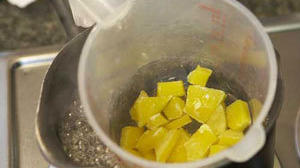 4. While the wax was melting we put the lip balm tubes on the Plastic Tom. 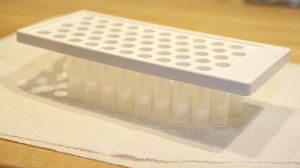 5. When the wax was completely melted and mixed with the oil, weremoved the measuring cup from the boiling water and wiped any waterfrom the outside of the cup.

6. Using a plastic pipette to measure and dispense the flavor oil(we used a honey flavor oil for this batch), we quickly stirred it intothe melted balm mixture. The amount of flavor oil needed varies,depending on the type of oil used. Follow directions. 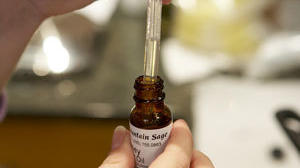 7. When the balm had cooled a bit but could still be poured(Majestic Mountain Sage recommends pouring when the mixture has a hazeover the surface, as seen in this Lip balm tutorial), we carefullypoured the melted wax and oil mixture into the Plastic Tom. Overfilling the tubes isn’t a worry—we simply scraped off the excess balmwith a spatula and remelted it. 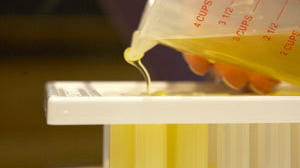 8. After the balm cooled and hardened, we pulled the tubes from the Plastic Tom, capped them, and labeled them. 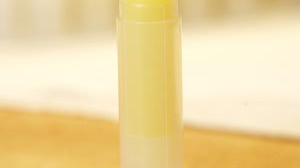