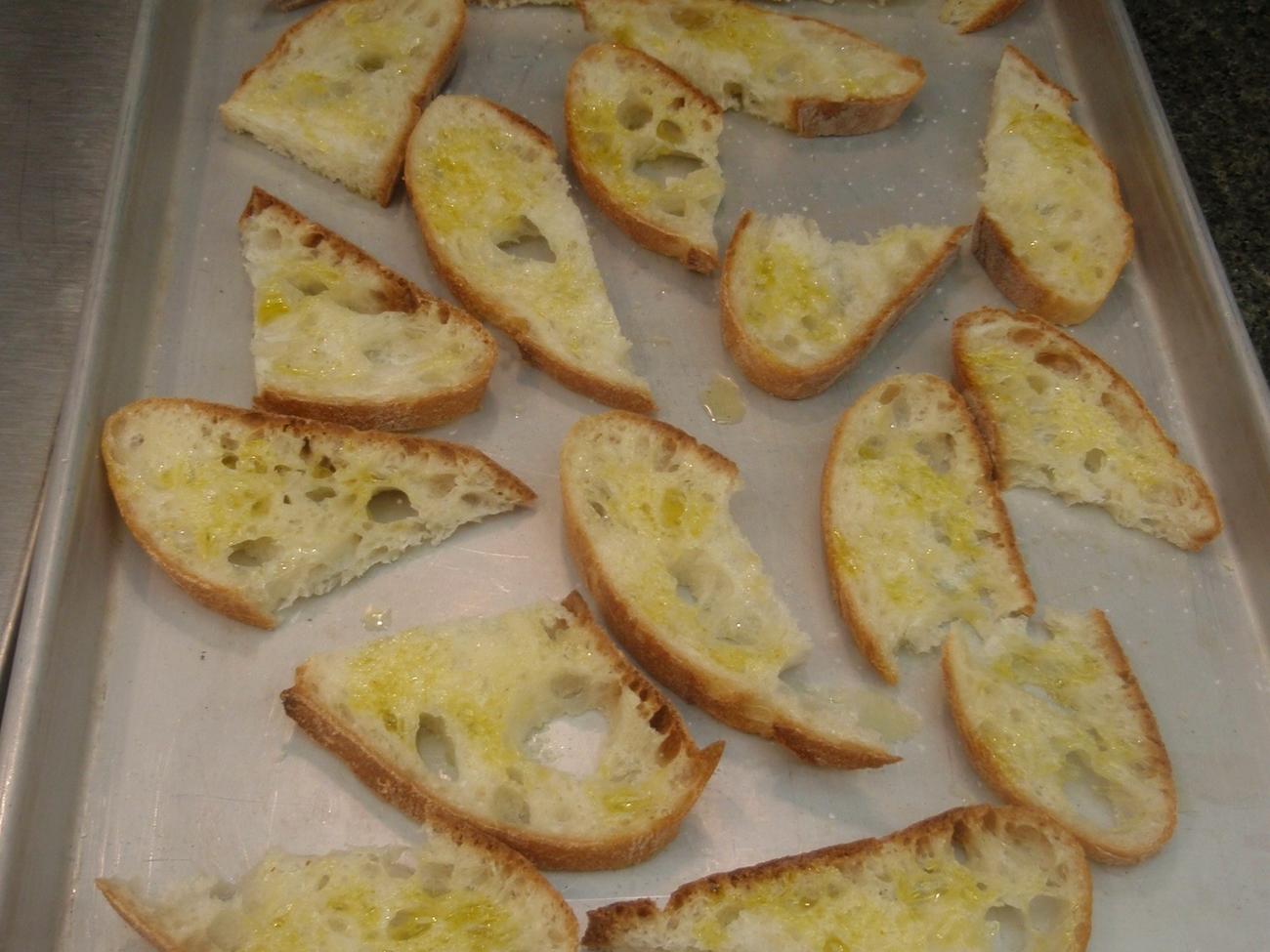 If you remember from a month or so ago, I dried some of our own tomatoes for future use.

I had this idea of making bruschetta with them. 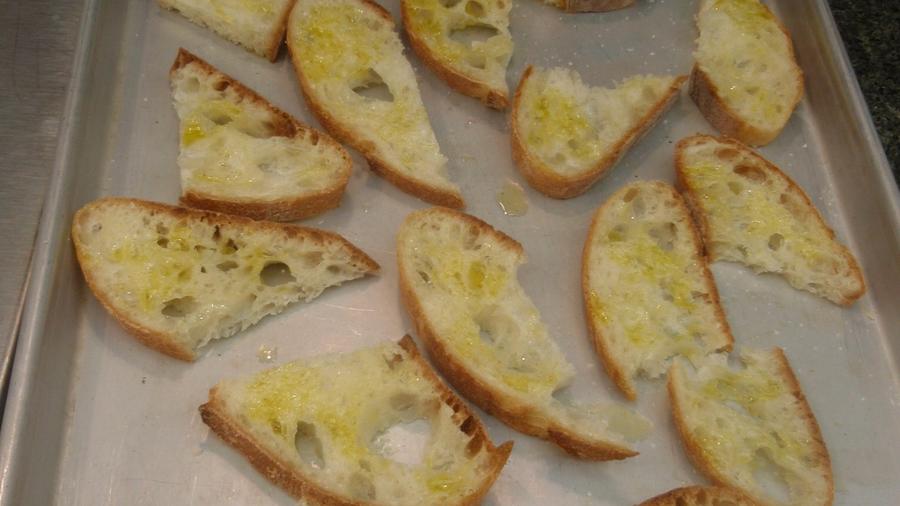 I brushed some sliced and halved ciabatta bread with olive oil and then toasted them in a 350° oven. 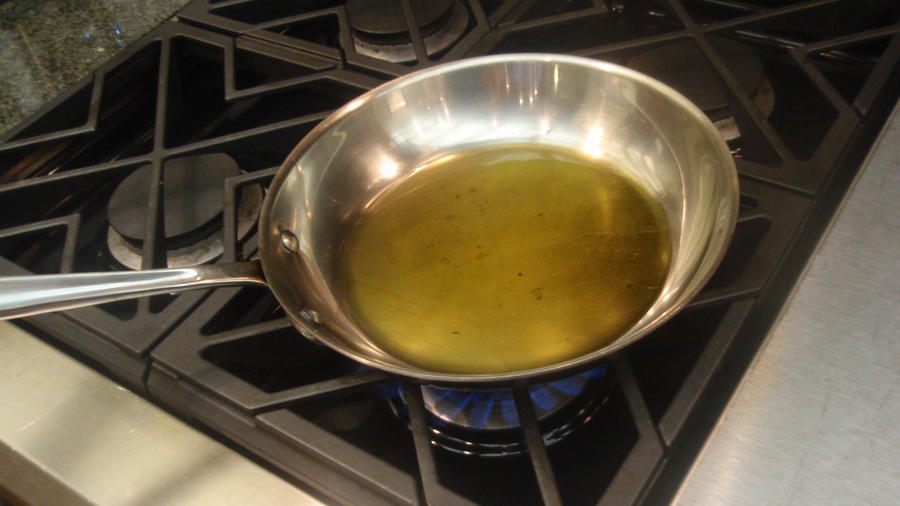 While that was baking, I warmed up another half cup of olive oil in a frying pan over medium heat. 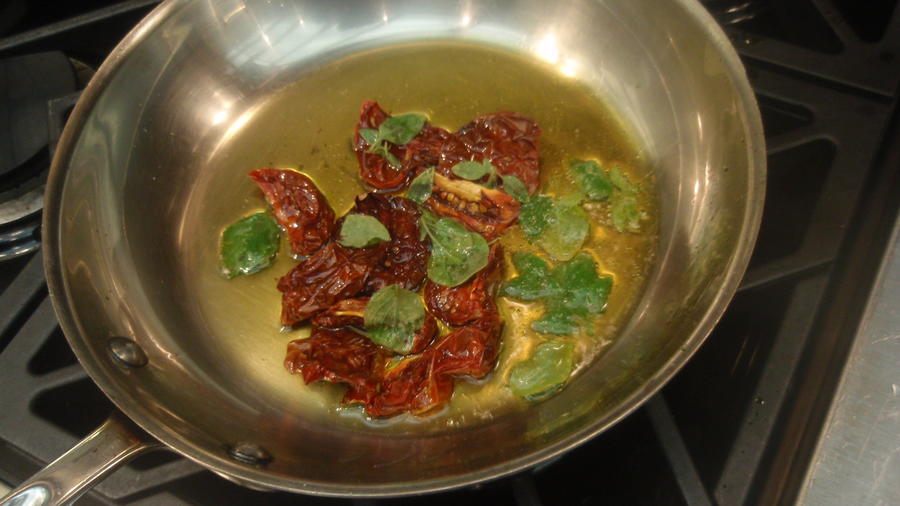 When it was hot, I added a handful of the tomatoes and a few leaves of oregano from our garden. I let that sit, stirring often, until the tomatoes started to soften. Except, they didn’t soften. I think the pieces were too big for the oil to penetrate into the center. 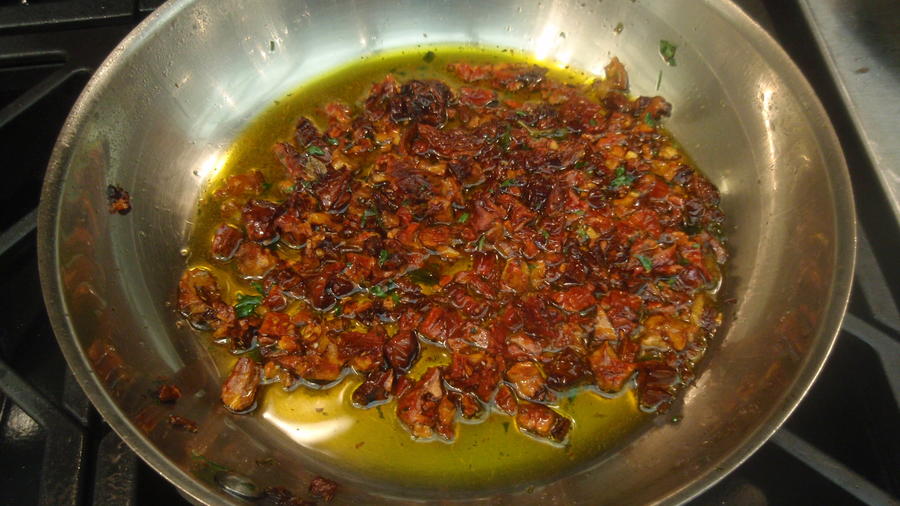 So I strained out the tomatoes and chopped them up. Once again, I heated up the oil and put the tomatoes back into the pan. I left the heat on low and stirred them constantly until I saw a change. The smaller pieces did start to swell and soften. Except, I left the heat on too long and too high and some of the tomato pieces started to get dark. I poured the now chunky tomato oil into a small dish so it wouldn’t continue to cook. 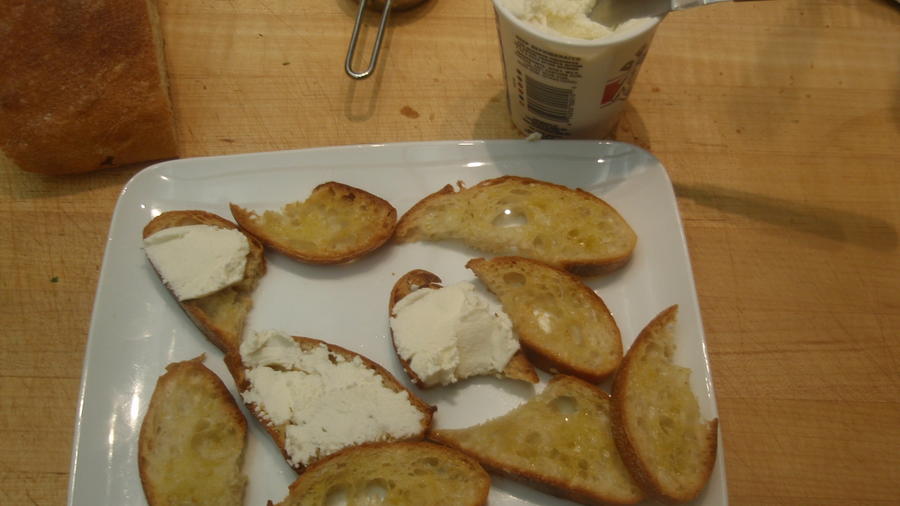 Meanwhile, I continued making the bruschetta. I pulled the toasted ciabatta from the oven and transferred the pieces to a plate. I sprinkled a bit of kosher salt over the pieces and spread them with ricotta. 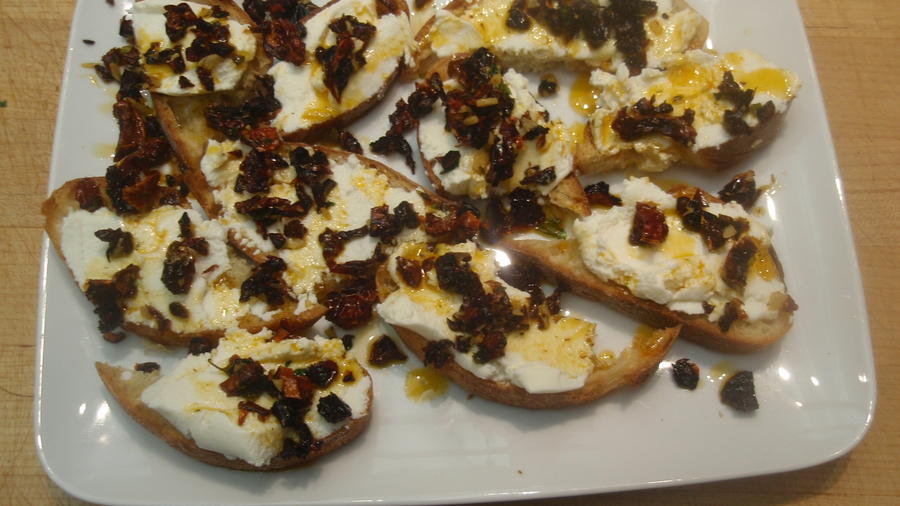 Lastly, I drizzled the still-warm tomato oil over the bruschetta and sprinkled a little bit of black pepper over them. They were good, but the tomato was still a bit chewy and ever so bitter from being cooked too long. I’m going to try a different method for softening the tomatoes for cooking for my next post.