California’s Artisan Cheese Festival: How to Evaluate Cheese Like a Pro

My cheese evaluation plate at Janet Fletcher's seminar. I eat a lot of cheese. Too much, my husband always tells me. Usually w... 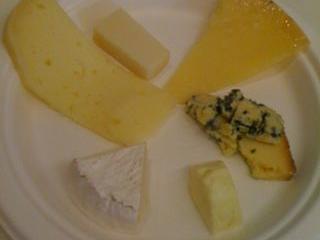 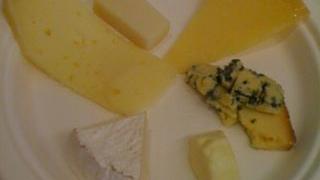 I eat a lot of cheese. Too much, my husband always tells me. Usually while we’re polishing off our weekly hunk of Humboldt Fog. But rarely do I stop and think about the cheese that’s sitting so pretty on the cutting board. Like the glutton that I am, I just slice into it, spread it on a cracker, take a sip of wine, and call it hors d’oeuvres hour.

But this past Saturday, I attended Janet Fletcher’s seminar (“You be the Judge: How to Evaluate Cheese Like a Pro”) at the fifth annual California Artisan Cheese Festival. And the San Francisco Chronicle’s cheese columnist taught me how to, well, stop and smell my cheese. (Literally.) For the afternoon, we became aesthetic cheese judges, like Janet, (as opposed to technical judges who possess an understanding of the actual science behind cheesemaking.) We even had score sheets—the same ones used by the American Cheese Society in competitions.

“The Aroma is huge,” said Janet. “It’s a big part of the pleasure of a cheese.” As well as one of four categories used to judge a cheese in official competitions. And so, we all sat there, at round tables in a Sheraton function room, with identical paper-plate palettes of six artisan cheeses—and attempted to deduce, describe, and discuss the scent of each. Is it yeasty? Toasty? Woodsy? Wet wool? Next, Flavor. “I prefer to call this category taste,” said Janet. Is it Sweet? Salty? Sour? Bitter? Umami, or savory? Next, we talked about Texture, or its mouth-feel. (Sound a little like wine tasting? That’s because it is.) What happens when you put the cheese on your tongue? Is it rubbery? Waxy? Granular? Even? And lastly, Appearance. (Yes, even cheese is judged on its looks.)

Subjective? Of course. Some were turned off by the fact that the Bellwether Farms Crescenza resembled butter. Not me. I liked the little golden blob. It tasted moist and milky fresh, with a texture as smooth as silk. Oregon’s Tumalo Farms Pondhopper was no supermodel, but this goat’s milk cheese, made with pale ale, had a hoppy, delightfully bitter kick.

But my hands-down favorite of the day? The Point Reyes Toma, a new Gouda-Havarti-like cow’s milk release from the Point Reyes Cheese Company, that kicked butt in all four categories. I’d actually tried it before—I knew I loved it, but I hadn’t known why.

Until now. Ah, that’s right: it smelled like warm melted butter—you know, right before you add the eggs to the frying pan. The texture was smooth. Creamy. The flavor, grassy, almost tangy. The appearance, simple, pure, and perfect.  High marks from this amateur aesthetic judge.

And high time I gave cheese the attention and thoughtful analysis it deserves. Try it sometime.

Can’t wait until next year’s cheese festival? Sign up for a class with Janet Fletcher.