Backyard chickens: Is the trend real or fake? 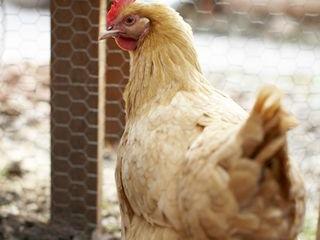 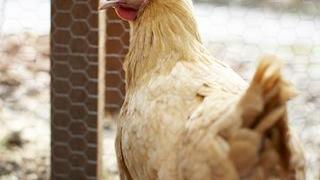 (Busting bogus trends is his thing—a point of pride.)

Shafer cited recent articles from newspapers around the country that he calls “all-feather, no-bone journalism,” including pieces from The Oregonian, Arizona Republic, Chicago Tribune, the Associated Press, and the one that I suspect pushed him over the edge, in his hometown paper, the Washington Post.

Tragically, he did not mention this blog or my chicken-raising story from our April issue. (Even if he’s calling us bogus, I’ll take the link!)

The problem with his column, of course, is that it is itself bogus.

Selling chicks as fast as he can hatch them

Wood was quiet for a moment when I suggested that this backyard-chicken thing was just a puffed-up, fake media trend. “If it isn’t a trend I don’t know what we’re selling,” he said.

At Murray McMurray Hatchery (est. 1917), they raise 110 varieties of chickens, many rare and heritage, and they sell 100,000 chicks a month when they’re incubating and shipping as many chicks as they can.

Which, I might add, includes every month this year since February.

“Last year and this year, we have been running at full capacity, and we still have a 4- to 6-week wait to fill an order,” he told me. “Two or four years ago, we pretty much sold out every week but we weren’t running at full capacity and we would sell out a week ahead of time. Now, we are running the incubators as full as we can keep them.”

A few years ago, he would sell 100,000 chicks a month in March, April, and May; the rest of the year, he would hatch fewer chicks because he got fewer orders. Not this year. They’ve been selling 100,000 a month since February, and they’re sold out through July.

Plus, over the past 10 years, the size of McMurray’s orders of chicks has been steadily trending downward. (The minimum you can order there is 25, because when they ship chicks through the mail they have to keep each other warm.)

Wood says that as order size has been shrinking, he’s concurrently been hearing about his customers dividing their boxes of 25 between three or four people, leaving each of them with a handful—perfect for a backyard coop.

Changing laws on behalf of a “bogus” trend?

Then there’s the matter of cities all over the U.S. taking up the issue of backyard chickens. Last summer, my go-to online chicken community, BackyardChickens.com, started a forum for people to discuss local chicken laws and how to change them.

Ahead-of-the-trend college town Madison, WI, was an early-adopter; their city council changed the law to allow backyard hens in 2004. Ann Arbor, MI, began allowing them in June 2008. Fort Collins’s city council voted to allow them last fall. Currently, Provo, UT is in the process of working through changing its law. In Salem, OR, Columbia, MO, and Knoxville, TN, citizens are lobbying for similar changes in city code.

Weird, all that political action on behalf of a fake trend.

Maybe the chicken advocates in those cities are only speaking in front of their city councils and boards of health for the benefit of lazy, bogus-trend-writing newspaper journalists?

This trend is too old? Thus it is not a trend?

The least convincing part of Shafer’s column is the way his argument makes a last-minute U-turn in the third-from-last paragraph:

If backyard hen keeping is indeed a trend, it constitutes such along-standing trend that it has ceased to be one. On March 29, 2002,the Wall Street Journal ran a piece about the “McMansion” coops some chicken owners were building for their birds. The April 5, 2004, Arizona Daily Star notedthe high attendance drawn by Kim Fox at her chicken-raising speeches inTucson… The Sept. 14, 2003, Seattle Times explored the world of the city’s backyard chicken farmers. In the summer of 2003, both USA Today and Newsday profiled the author of Keep Chickens! Tending Small Flocks in Cities, Suburbs, and Other Small Spaces. “We sold 2,000 laying hens last year,” the owner of a downtown Houston feed store told the Houston Chroniclefor its March 30, 1993, edition. Dialing the Nexis machine back evenearlier, we find a syndicated Martha Stewart piece in the April 23,1986, San Diego Union-Tribune oddly titled “Home-Grown Eggs—Can’t Beat ‘Em.”Hang on here a second. I don’t think that any of this spring’s rash of chicken articles (mine included) is suggesting that we have invented the idea of raising chickens in backyards. Heck, I wrote about chickens for the first time in summer of 2006.

I don’t understand: The fact that people have been raising chickens in their backyards before doesn’t mean that there isn’t more interest in it now, right? What’s bogus about a long-simmering trend? This argument garners a FAIL from me.

Because here’s the thing: I’ve been involved in this backyard chicken thing for a while now. We got our hens in August 2007, and at that time, I was a leeetle bit freaked out about being responsible for the ladies. I mean, what did I know about chickens? So I Googled. A lot. I devoured other people’s anecdotes, searched for ideas to make our chickens happier, pored over accounts of chickens’ favorite snacks and foodstuffs that would make them sick. I lurked on the BackyardChickens.com forum for days and weeks.

There’s much, much more being written about backyard chickens on the Internet these days than even two years ago. They’re on blogs everywhere, there are classes popping up in far corners of the West, plus coop tours in places like Salt Lake City (June 27, peeps) and Tucson (May 23) and Fort Collins (it was April 18). Even forward-thinking Portland’s Tour de Coops, after which most of the city tours are modeled, is only 6 years old. It’s not that they were always there and I just wasn’t looking; trust me, I was looking. It’s that the chicken thing is catching on.

And Jack Shafer, that old rooster, can go crow about something else.