My desk earlier today, with the stack of contest entries. When we sent out this invitation several weeks ago, we didn’t know what t... 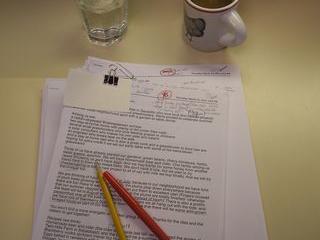 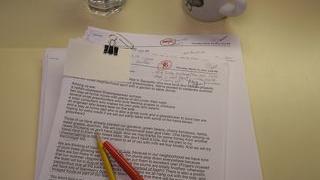 My desk earlier today, with the stack of contest entries.When we sent out this invitation several weeks ago, we didn’t know what to expect. How many of you would actually take on a challenge that involves gardening, cooking, collaborating, and potential animal husbandry? For an entire summer? This contest is a far cry from dropping your business card in a bowl.

Were we ever surprised. Entries poured in not just from the West, but from all over the country—from as far away as Virginia and Pennsylvania. By midnight on March 30, our entry deadline, hundreds of people had organized themselves into groups to enter our grow-your-own-party contest.

And what diversity, creativity, and ambition we found in these entries! There were school groups, young families, small farmers, professional chefs, and a disabled widow who planned to work with at-risk kids in her neighborhood to grow a vertical garden. Some people lived in well-off areas, others were poor, and together they spanned race and age. Lifelong friends entered, but so did people who saw the contest as a way to get to know their neighbors. Nearly everyone decided to take on food projects: beekeeping, making beer, raising chickens, ducks, turkeys, quail, goats, even a pig or two (wow!) and foraging—everything from blackberries to seaweed. A couple of coastal groups decided to include fishing and clam-digging in their plans. One person wanted to build a snail garden (for harvesting escargot) and an earth oven. There were visions of entire children’s gardens—and menus.

When we put down the stack of submissions, we were in awe. Collectively you came up with plans beyond what we’d thought possible for urban farming. And it confirmed once again the hunger in our country for genuine ways of connecting with other people over good, home-grown food.

As you can imagine, picking just 10 finalists was extremely difficult. We decided to rule out entries from actual farmers, even small-scale ones (since this contest is meant for amateurs) and entries that didn’t involve collaboration with others. Finally, we had our list. And here it is:

A big warm congratulations to all our finalists. We’ve notified them all today. Now they’ve got to get planting!

Early next week, we’ll be posting short profiles of each group, along with their team names. You won’t want to miss it—what these people have in mind is inspiring.

And then, throughout the summer on this blog, we’ll be following the progress of each team as they garden, beekeep, egg-collect, brew, forage, and otherwise head toward their grand finale, the one-block party. Root for your favorites by posting comments! We’ll read them all.