Got Milk? We Do! Announcing Team Cow

For ages now, I've been dying to get a cow into this one-block project of ours. So far, we've been "importing" excellent organic milk f... 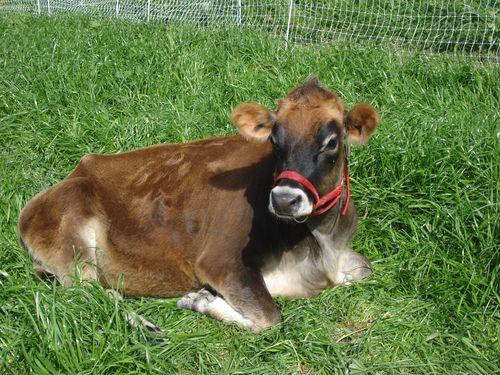 For ages now, I’ve been dying to get a cow into this one-block project of ours.

So far, we’ve been “importing” excellent organic milk from Straus Family Creamery, up in Tomales Bay. (I.e., we buy it at the store.)  But having our own cow would take us to a whole new level.

Then, the questions, the doubts. Am I signing us up for Dairy Slavery? From what little (very little) I know, a cow has to be milked twice a day, at the same time every day (one being at dawn, I think), or she’ll be in agony. We are in publishing, a profession not known for functioning well or even consistently early in the morning.

She also has to be impregnated and give birth so that she’ll lactate. I’m not positive about the rest of the lovely staff here at Sunset, but I’m a little undereducated in the cow-insemination and calf-delivery departments.

Also, there’s the tiny issue of us housing a cow here at the magazine. It’s legal in our town, surprisingly (I checked the local zoning laws; all we need is enough space and a willingness to keep it clean). But our garden is fully planted—no room extra—and I cannot imagine getting corporate approval (laughs, maybe). Details, details!

So: How about a cow share? I’ve heard about them mainly on the East Coast, where farms tend to be smaller and, I guess, more open to unusual propositions. The basic premise is this: You buy part of a cow, and as part-owner, you’re entitled to some of her milk. It’s illegal to buy milk directly from a farm, so this is an entirely legal way to do the same thing—just a bit more involved. Which is exactly what we want.

After some calling around to farms in our area, I found her–our cow! 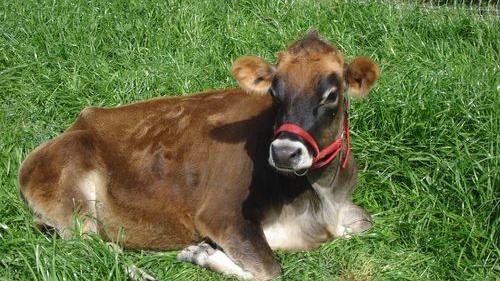 Adelaide, the Jersey cow.She lives at Pie Ranch, the wonderful educational farm in Pescadero, and as it turns out she’s already a shared cow—with nine owners, most of them neighboring farmers.

Jered Lawson, a Pie Ranch partner, explained that Adelaide is a whole new adventure for the farm. They’d kept dairy goats for years, but she is their first cow.

The Pie Ranch people don’t milk Adelaide in a barn with suction cups and flexible pipes attached to her udder. Instead, they milk her out in the pasture, by hand.This sounds so impossibly bucolic and lovely that I want to drive out to Pie Ranch immediately.

I blurt out something like this to Jered over the phone.

Well, so maybe Adelaide is a tad fiesty. We’re up for it! Especially since we could schedule our milking appointments twice a month, not twice a day, according to Jered. All I have to do is finalize the arrangements with farm apprentice and cow-keeper Dede Boies within the next week or so.

Over the next few days, as I tell people at Sunset about Adelaide (and even her lockdown gizmo), Team Cow collects many, many members. Clearly it won’t be a problem finding milking volunteers, at least initially.

Next: What happened with Adelaide. 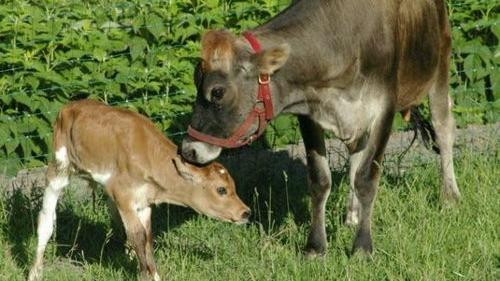 Adelaide and her first calf.