This past winter, Jacky Lo, a chef at Seattle’s Wild Ginger, experimented with new ways to smoke pork belly and came up with a very Northwest take on a Szechuan-style recipe: Pine needle-smoked bacon. 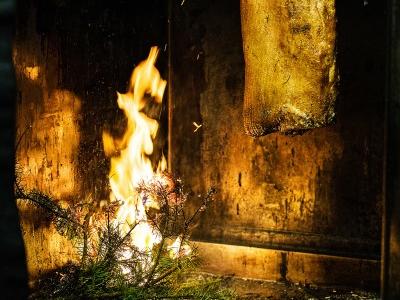 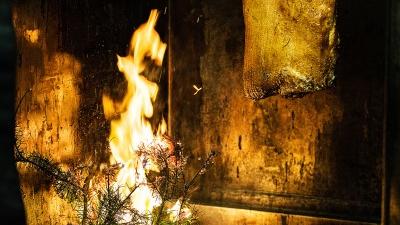 This past winter, Jacky Lo, executive chef at Seattle’s Wild Ginger, experimented with new ways to smoke pork belly and came up with a very Northwest take on a Szechuan-style recipe: Pine needle-smoked bacon. (For the curious, pork belly is the raw product; once cured, it’s called bacon.) We sat down with him to learn how to recreate it at home—turns out you need to look no further than your backyard.

Jacky Lo (JL): Our owner, Rick Yoder, came up with the idea for Szechuan-style bacon, which requires some smoking. Part of his recipe said to smoke it with what you can find. I had this big giant pine tree in my back yard that was blocking my view and I wanted to make it smaller, so I thought, ‘Great I’ll use pine needles.’ I did a lot of research before to figure out what can be smoked and what’s toxic—pine is actually edible smoked.

JL: We rub it with Szechuan peppercorn, salt, rice wine and a few other spices, then let it cure for about a day or two. And then we hang it in our smoker. I bring some pine needles from home, and we just slowly smoke it for about 90 minutes.

What if you don’t have a smoker?

JL: I smoke meat on my grill all the time at home. Cut some fresh pine needles and twigs into small pieces—you want the wood and the needles—throw it on top of charcoals, and close the lid. You have to do it in very small amounts—about two handfuls at a time, while monitoring the heat—otherwise the smoke becomes a high flame, which isn’t good for the food.

How do you adjust the level of smokiness?

JL: If I just want to add a little smoke to a piece of chicken or steak, I use a flash smoke: Put a small amount of pine needles on top of the heat and use a higher heat. The pine needles should burn out within three minutes; during that time, you’ll want to flip your meat twice.

For a more intense pine flavor, lower the heat quite a bit, break down the branches into smaller pieces and cover the coals, then close the lid right away and smoke for at least an hour. I did that with a roast chicken once and it turned out pretty good.

Have you experimented with any other trees?

JL: We did a little bit with cedar, but I think this coming summer I’m going to try the cedar a little more. I’ve trimmed the bottom of my pine tree and I don’t want to climb up any higher. But I have a cedar tree next to it, so I figure I’ll use that one instead.

How do you use the bacon?

JL: We slice the bacon really thin, so it’s almost see through, then wrap oysters with it, put it on a skewer and we grill it. We also use it to make bacon cheeseburgers. You can use it as normal bacon—for breakfast, chop it up into a scramble or use it in fried rice. Bacon with anything is good.

Find more grilling tips here and 23 ways to use your bacon here.