A Toast to the One-Block Party Contest Teams

The scene last Sunday at Savor the Central Coast, at Santa Margarita Ranch on the central California coast. The One-Block Party contest f... 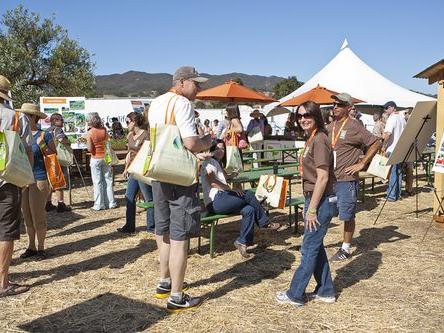 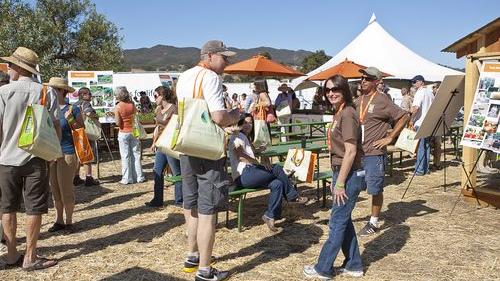 The scene last Sunday at Savor the Central Coast, at Santa Margarita Ranch on the central California coast. The One-Block Party contest finalists have begun to arrive and are checking out the posters that celebrate what they’ve done. 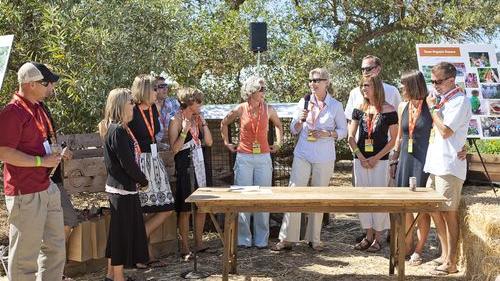 The Beach Tractors, moments after learning that they’ve won.

You know that old saying about the spoils belonging to the victor? In the case of Sunset’s One-Block Party contest, it was only sort of true.

Yes, Team Beach Tractors, from Morro Bay, CA, was named the winner last Sunday of our grow-your-own block party competition, and will receive $500 and appear in a feature story in our April 2012 issue. But as we stood in the sunshine on a big old ranch at Sunset’s Savor the Central Coast event, we judges—and the teams too—could see that the real prizes had already been won, and by every team there.

The area where the announcement took place was surrounded by posters full of photos showing what each team had done. It was practically blazing with accomplishment. When you catch a monkey-faced eel, or learn how to milk a goat productively enough to make cheese, or raise hundreds of oysters, or put up gorgeous jams from fruit you’ve grown yourself, or figure out how to take wheat seed all the way from tiny green shoots to fields of grain that you then thresh and grind into flour—well, that is unquestionably what it’s actually all about, and everyone knew it.

Then members of each team came up to the makeshift stage (a wooden table and a hay bale) to describe their experiences over the summer—which projects they’d loved, which had bombed, and how their final feasts had turned out. Jennifer Harvey (Team Food Court) talked about how growing her own vegetables had made her reconsider every part of a plant as food—after all that effort, she didn’t want to waste a scrap. Tino Sage (Team Bad Skunks) described how she constructed her mighty Prawn Pad and harvested 45 actual prawns from it. Maryanne and Kirk Welton (Team Dances with Legumes) made their misadventures with squirrels seem like just a bump in a happy path to feasting. Every team tackled the contest in its own way, choosing different crops to grow and foods to make, but you could see what they all had in common: ingenuity, a sense of curiosity, and trust in one another, plus an admirable ability to find the fun in working hard, and to extract knowledge from failure.

As each team talked (with me asking the occasional question), the others in the audience nodded and laughed, connected not only as teams, but also as one larger group by their crazy shared summer of growing food for a block party. And that was worth celebrating too.