A skunk in the kitchen: When a good wine goes bad (again)

I often set myself up for dinner-party defeat by trying a new recipe at the last moment, leaving little recourse if I stop staring at a c... 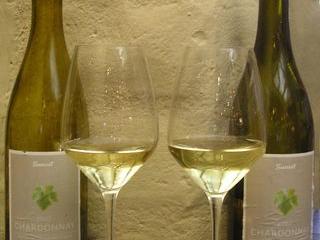 I often set myself up for dinner-party defeat by trying a new recipe at the last moment, leaving little recourse if I stop staring at a cookbook and start chatting when I should be focusing on slowly and consistently stirring my roux (sorry, preschool potluckers, for last week’s, uh, smoky rendition of a really yummy gluten-free mac ‘n’ cheese). But I’ve never really worried about what wine I was uncorking, whether something from BevMo or one of Team Wine’s own concoctions … until now.  Because there’s a skunk in our Chardonnay. 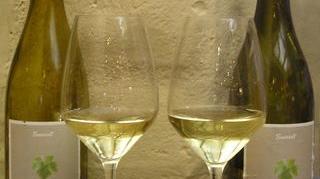 Two Sunset Chardonnays: Skunk on the left,lovely sipper on the right. Photograph by Margo TrueWe caught a whiff of it at a video shoot with Ten Speed Press, the publisher of our upcoming book, The One-Block Feast. We’d prepared a, well, feast for the cameras and had opened a bottle of our Chardonnay to pair with One-Block recipes.

But its nose assaulted our noses. And one sip of it revealed that it was out of whack again and too acidic. Not so bad that you couldn’t swallow it, but with company in our test kitchen, we didn’t want to leave a bad taste in anyone’s mouth. So we uncorked another one of our Chards, and it was just as lovely and balanced as we remembered.

What’s the difference between the two bottles above? Besides the glass color (which we don’t think mattered, since we were storing the bottles in the dark), we can only think of two factors:

Because surely it couldn’t be bottle-shock again.

Winemaking readers, has a skunk appeared in one of your bottles? We know our Chardonnay is no longer a spring chicken (it was born in October 2007), but is it doomed to devolve into cooking wine?