A Ricotta Lesson at Bellwether Farms

Real ricotta, made from the whey left over from cheesemaking, is one of the glories of Italian gastronomy--tender, delicate, and very ver... 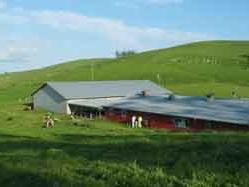 Real ricotta, made from the whey left over from cheesemaking, is one of the glories of Italian gastronomy–tender, delicate, and very versatile in cooking. We on Team Cheese have taken a few stabs at making it ourselves from reading recipes, but all we produced were little handfuls of gritty white stuff. We needed a ricotta master to show us the way.

Luckily for us, one of the best ricotta-makers in America happens to be not far away: Bellwether Farms creamery, in Sonoma. Even better, Liam Callahan, Bellwether’s head cheesemaker, kindly agreed to give us a lesson.

So one day Team Cheese piled in a car and drove off to coastal Sonoma to learn the fundamentals of ricotta. It’s very beautiful there and reminds me of Ireland. 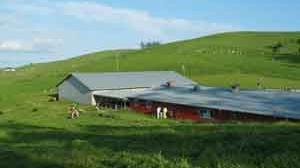 The buildings at Bellwether. 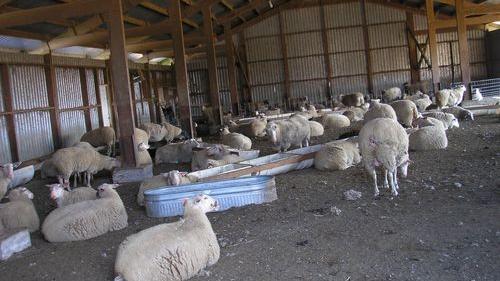 First, we met the milk producers: Bellwether’s sturdy, handsome sheep. They’re mainly East Friesian, a very productive Dutch breed, with some French Lacaune mixed in. “Very productive,” though, means just 1/2 gallon of milk per sheep per day (compared to a cow’s output of 6 to 8 gallons). But the milk naturally has a much higher content of whey protein–meaning more cheese can be made from a gallon of sheep’s milk than from cow’s milk. “It’s harder when you get less milk,” said Liam, because it’s harder keeping up with demand, especially for their ricotta. “But it’s such good milk.”

Milk was not the initial idea for this property, and neither was cheese. His mother, the elegant and energetic Cindy Callahan, told us that she and her late husband, Ed, bought their first sheep “as lawnmowers” to control the 6-foot-high weeds on their new place back in 1986. A friend suggested they milk those sheep, and by the early 1990s the Callahans found themselves making the first commercial sheep cheeses in California.All of Bellwether’s cheesemaking takes place in one long, bright room absolutely packed with equipment.

lIt’s warm and steamy inside, and smells of sweet, fresh milk.

Liam took us down to the far right end of this room, to a large rectangular steel vat tucked behind the taller vats and hoses you see here. We passed Pepato (a peppercorn-studded pecorino) in progress, and also Crescenza (a fast-ripening, lusciously oozy Italian-style cheese), both icons in the cheese world. It wasn’t exactly like meeting movie stars, but it was pretty thrilling for cheese fiends like us.

Since cow’s milk is what we’d be using at Sunset, Liam showed us first how to make the ricotta with cow’s milk. The vat, its hollow walls filled with hot steam, was full of greenish-yellow whey, left over from making Pepato, plus half that amount in whole milk. The milk, explained Liam, gives the ricotta more body and also increases its yield, since cow’s whey tends to be thin.

The whey and milk had already hit the right temperature for action: about 192° F.  Liam drizzled in white vinegar from two bottles at once, measuring the amount by eye. 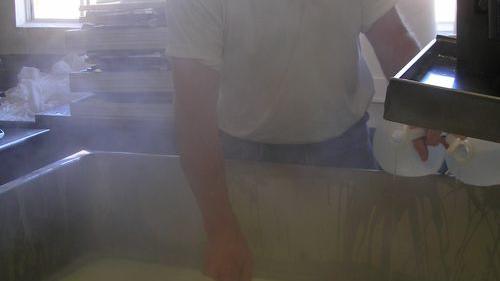 As soon as the acid hit the hot whey, curds began to form. 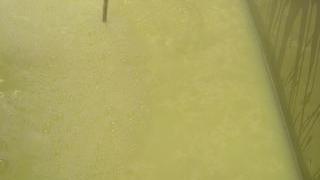 While pouring, Liam stirred slowly from the bottom up to disperse the vinegar evenly. Then he left it alone for 25 minutes so that fat, fluffy curds could form. “Don’t mix it as it sets,” Liam warned us. “That’ll ruin it. You’ll never get it smooth; the curds will be dry and dense instead of light, moist, and uniformly smooth.”

Aha! We were guilty of some vigorous curd-stirring back at Sunset. Now we’ll know better.

The quietly left-alone curds began to look soft and puffy, like melted mozzarella. 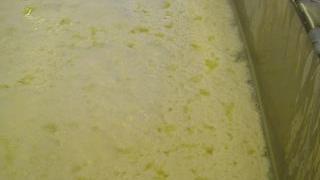 “It’s something that takes a bit of practice,” Liam continued. “You want to add just enough vinegar to get the curds to form and not be too fine. If you add too much, the curds will start shrinking in from the sides of the vat.” Plus, they’ll be grainy or rubbery.Once the curds are properly set, the next step is hand-scooping them into perforated molds to drain and solidify a little.

However, we missed this completely, because we’d all wandered off to the Pepato vat to watch Liam and an assistant cut up a vat of very firm curds with a flashy multi-blade knife. Two other workers had scooped out all the ricotta by the time we got back, and we found it draining in neat rows. 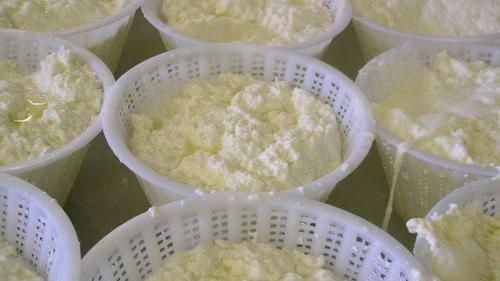 We all had a taste. It was soft, creamy, and utterly wonderful.

So that we could see the difference, Liam also made a batch of sheep’s-milk ricotta—from almost entirely whey, with very little whole milk added. 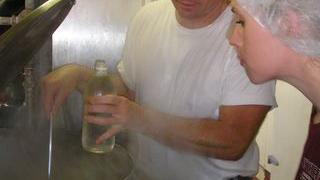 Sunset’s test kitchen director, Stephanie Dean, leaned in to check out the sheep’s milk curds as Liam poured in the vinegar. We were all wearing these fetching hairnets, by the way.

This whey needed very little vinegar to be coaxed into curds; just the heat alone was almost enough to do the trick. 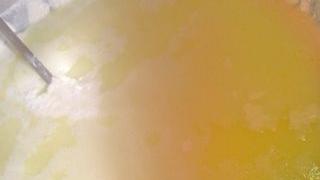 As you can see in the non-shaded section, the curds are very white, almost snow-white, which is typical of sheep’s ricotta. Cow ricotta tends have a buttery hue.

When it was ready, Liam ladled some into a basket and held out the warm, dripping curds for us to try. “This is as fresh as it gets,” he said. 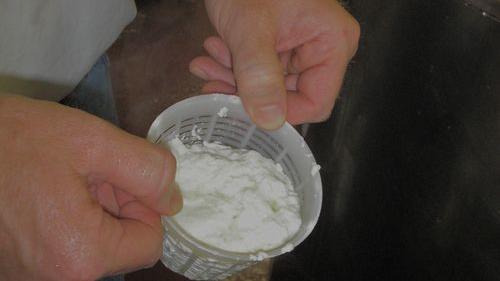 It was like eating a cloud, only made of milk.

Once we were back at the magazine, Liam coached us by phone through a home-style version of Bellwether’s ricotta. Here is that ricotta recipe, from a story in the February issue of Sunset, along with one for fromage blanc from our other cheese teacher, Cowgirl Creamery (to read about our lesson with them, click here.)