Grilling is so much a part of the modern Westerner's DNA that it's hard to imagine a time when the gear wasn't available at every hardware store and recipes weren't at our fingertips. In 1938, Sunset's Barbecue Book arrived to help. 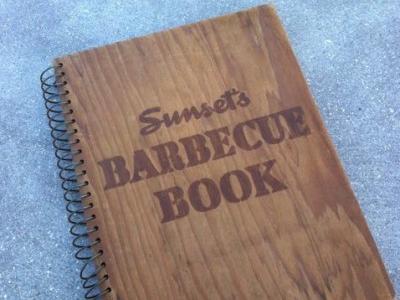 Grilling is so much a part of the modern Westerner’s DNA that it’s hard to imagine a time when the gear wasn’t available at every hardware store (the Weber grill was invented in 1951), and recipes weren’t at our fingertips. In 1938, Sunset’s Barbecue Book (complete with a genuine redwood cover) arrived to help. 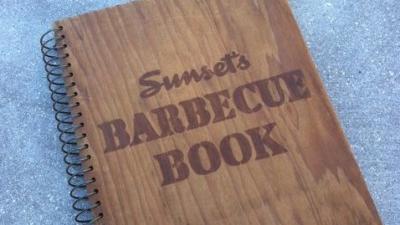 Back then, if you wanted a backyard grill you built your own. The book provided dozens of ideas and plans, including this one for a grill that cranks up and down. 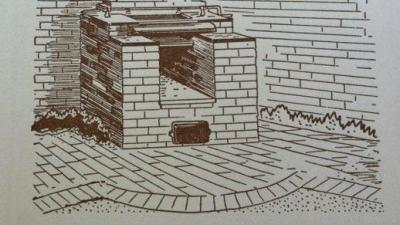 Modern grill manufacturers, would you work on the crank idea? 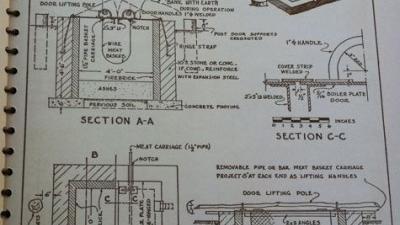 Grilling tools and comfy furniture for hanging out near the grill were in their infancy too. Not every idea has stood the test of time. 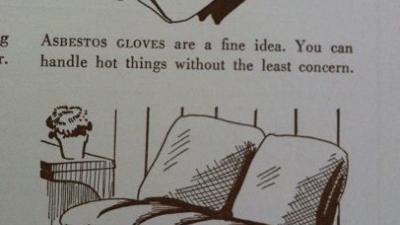 Our 1938 book recommended asbestos gloves and furniture made from an old car seat and bricks.

And then there was the food: The book’s recipes are pretty simple by today’s standards, but cooked in the open air on a hand-crafted grill, they must have tasted sublime. 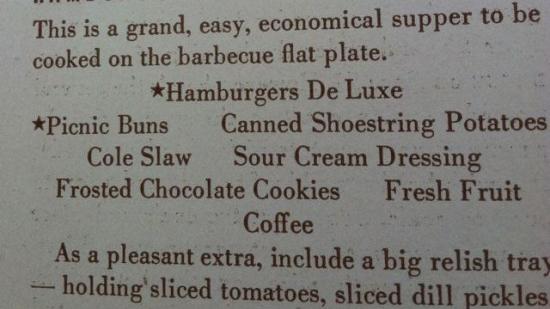 The burgers for this crowd-pleasing menu were cooked on a “barbecue flat plat,” what we call a griddle, or plancha, today.

In the kitchen, press uncooked hamburger into very thin, flat plates between waxed paper. Put 2 cakes together with a filling made from finely chopped raw onion mixed with steak sauce, pressing the edges of the cakes together firmly. Carry out to the barbecue and broil quickly on both sides on the hot flat plate. Serve in large hot picnic buns, split and buttered. 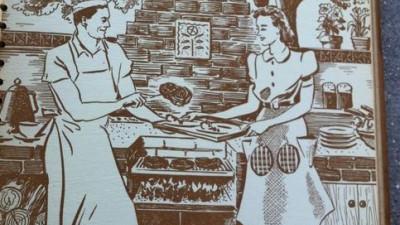