A popular port for cruising to Hawaii, Alaska, and California, Vancouver is a wortwhile destination in its own right; be sure to schedule a couple of extra days on either end to explore its great restaurants, shops, and cultural attractions 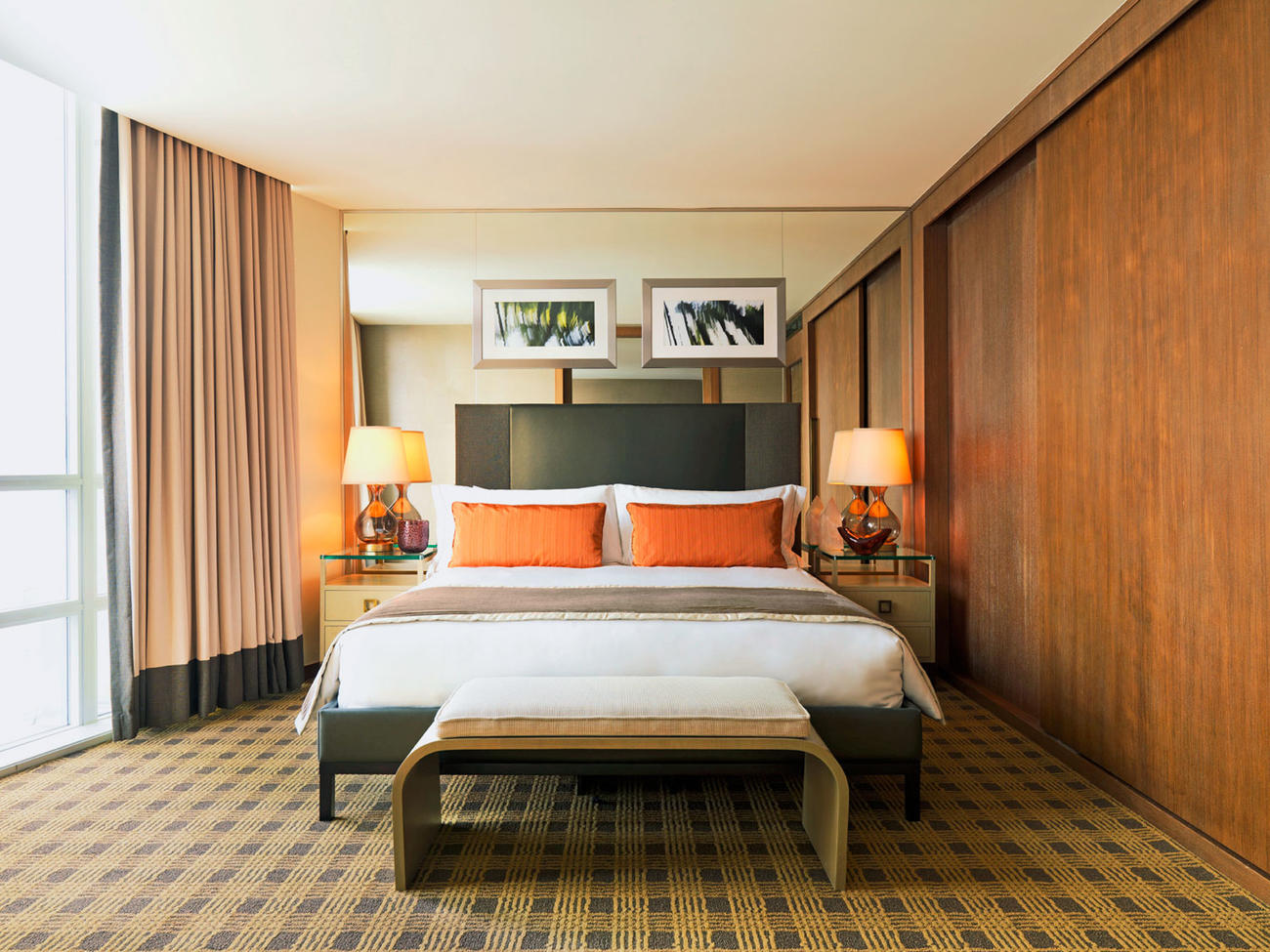 Canada’s answer to Portland’s locavore scene is serving up uber-fresh, thoroughly inventive fare. Get it while it’s hot.

Ancora
With a bald eagles-eye-view of Granville Island and one of the more inventive global fusion mashups we’ve tried (Peruvian-meets-Japanese), this is unmissable stop—as much for the slow-poached lobster risotto as watching the yachts pulling in and out of the harbor. $$$; 1600 Howe St.; ancoradining.com

Juniper
Juniper-cured sockeye salmon and house-made charcuterie are the orders du jour at this Chinatown newbie (launched in December 2015), with chef Sarah Stewart at the helm and mixologist Shaun Layton—formerly of L’Abattoir—behind the bar. Try the buttermilk and lime-laden pistachio daiquiri. $$; 185 Keefer St.; junipervancouver.com

33 Acres
Surrounding mountains inspire the beers at this new gallery-like white brewery, where you can order light pints made of seaside-grown hops and dark, Guinness-esque ones that taste of coffee and malt. Our favorite part? That their food menu is mostly supplied by a rotating collection of food trucks (insider tip: waffles take over weekend brunches). $; 15 W. 8th Ave.; 33acresbrewing.com

Torafuku
Run by a Taipei expat, the pan-Asian cuisine here is so toothsome it will save you a mint on plane tickets: think rye and gochujang-marinated chicken with ramen crumbles, sweet and sour pork ribs and peanut brittle, and sake-braised oxtail with sticky rice. $; 958 Main St.; torafuku.ca.

Japadog
We don’t often salivate over a hot dog menu. But this locally beloved chain of food trucks and stands owned by a Japanese couple is crave-inducing, with hot dogs topped by everything from teriyaki and seaweed to yakisoba noodles. Pair whatever you order with their ume (pickled plum) and bonito broth-flavored french fries. $; see website for locations; japadog.com

Diamond restaurant and bar is the perfect place for a bird’s-eye view of Maple Tree Square in the Gastown neighborhood.

The Diamond
Cocktail purists might balk at the drink lineup at this cozy, brick-walled watering hole, but you shouldn’t. Drinks like The Athenian martini (olive oil-washed gin, rosemary, roasted pinenut and French vermouth) and Ruby Slipper (gin, capsicum, orange, and pepper) could well become classics in a few decades time, giving you the chance to say “I had it first.” $; 6 Powell St.; di6mond.com

Medina Cafe
You know what they say: brunch is the most important meal of the day. It’s well worth a wait at Medina, where waffles are topped in raspberry caramel and pistachio rosewater, and you can order a burger Harissa-style (with fried eggs, preserved lemon and harissa-spiced beef, and baba ganoush). $; 780 Richards St.; medinacafe.com

Break out your Canadian Dollars for the hippest boutiques in Hollywood North.

John Fluevog
Vancouver’s iconic footwear brand since the 1970s is more “now” than ever, with a pop-up shop on Facebook’s Menlo Park campus and a new LA store on Abbot Kinney Boulevard. At the brick-walled flagship Vancouver store in Gastown, you can check out his design studio—and pick up a pair of Peru-made patent leather Mary Janes. 65 Water St.; fluevog.com

Skwachàys Lodge
If you’re the type of person that buys one-for-one shoes (cough—Toms—cough), staying here is a must: proceeds from the indigenous art-filled room stays go to benefit the Vancouver Native Housing Society, which maintains 24 apartments for Aboriginal people on the brink of homelessness. The domed willow-branch sweat lodge on the roof is just a bonus. From $129; 29/31 West Pender; skwachays.com

L’Hermitage occupies three floors of a 32-story residential tower, but far from being a turnoff, the unexpected location creates an oasis of calm in the middle of downtown and gives “a feel for what it’s like to be a Vancouverite.” And you only wish your apartment had amenities like these. There’s the garden terrace with a 50-foot heated saltwater pool, lined with rhododendrons and dogwoods. The L’Orangerie lounge with cushy club chairs for reading. Even a canine concierge. $183 U.S./$229 U.S.; 60 rooms & suites; lhermitagevancouver.com

L’Hermitage Hotel
This 60-room property is one of the most beloved hotels in Canada for good reason: everyone’s a guest of honor, treated to free Lexus shuttle service, a heated saltwater lap pool overlooking the skyline, loaner bikes, and (hallelujah!) free high-speed wifi. Ask for a Signature Suite for a fireplace, washer/drier, and kitchen stocked with Martha Stewart-worthy Sub-zero and Bosch appliances. From $205; 788 Richards St.; lhermitagevancouver.com

Fairmont Pacific Rim
A rooftop pool, 100% sustainably sourced sushi in the lobby, pre-loaded iPads in all 377 rooms, and an 8,500-square-foot spa (complete with caviar facials)? When can we check in? Ask for a harbor-view room to overlook landing seaplanes and the North Shore mountains. From $419; 1038 Canada Pl.; fairmont.com

Shangri-La
Let the fact that Jean-Georges Vongerichten has an outpost here tell you something: by many accounts, this Asia-inspired hotel is Vancouver’s grandest grand dame. All 119 rooms come with outsized marble-walled bathrooms and deep soaking tubs—just a sample of the luxe experience you’ll get in the actual spa, where treatment suites have their own flickering fireplaces. From $234; 1128 W. Georgia St.; shangri-la.com

When more than half the population speaks English as a second language, you know you won’t get bored. These are our curated, must-do picks in the City of Glass.

Museum of Vancouver
You’ll see everything from the longhouses of the Salish people—Vancouver’s original inhabitants—to the lit-again iconic neon signage of the 1970s in this lore-filled museum. Don’t miss the “Skytte” bowl, which was carved of stone by inhabitants of the area several thousand years ago. 1100 Chestnut St.; museumofvancouver.ca

Granville Island
Fact check: it’s not actually an island. But this 35-acre peninsula is chockablock with things well-worth the drive, including a bustling farmer’s market where you can try Ukrainian piroshki buns filled with blueberries, coconut-dusted lemon squares, and organic black pepper tumeric tea. granvilleisland.com

VanDusen Botanical Garden
Go for the manicured cedar labyrinth—which looks like it could have been carved by none other than Edward Scissorhands—but stay for the sight of 230 free range birds (macaws and Chinese pheasants among them) flitting about the lush plants in the domed glass Bloedel Conservatory. 5251 Oak St.; vandusengarden.org

FlyOver Canada
It sounds like the ultimate in cheesy: a simulated flight over the entire country—complete with breezes, smells, and gentle mists? No thanks. But it’s become one of the most beloved Vancouver tourist stops for a reason (and it only takes 25 minutes). So, go. 201-999 Canada Place; flyovercanada.com

One Perfect Day in Vancouver’s Gastown

Whistler at Any Budget