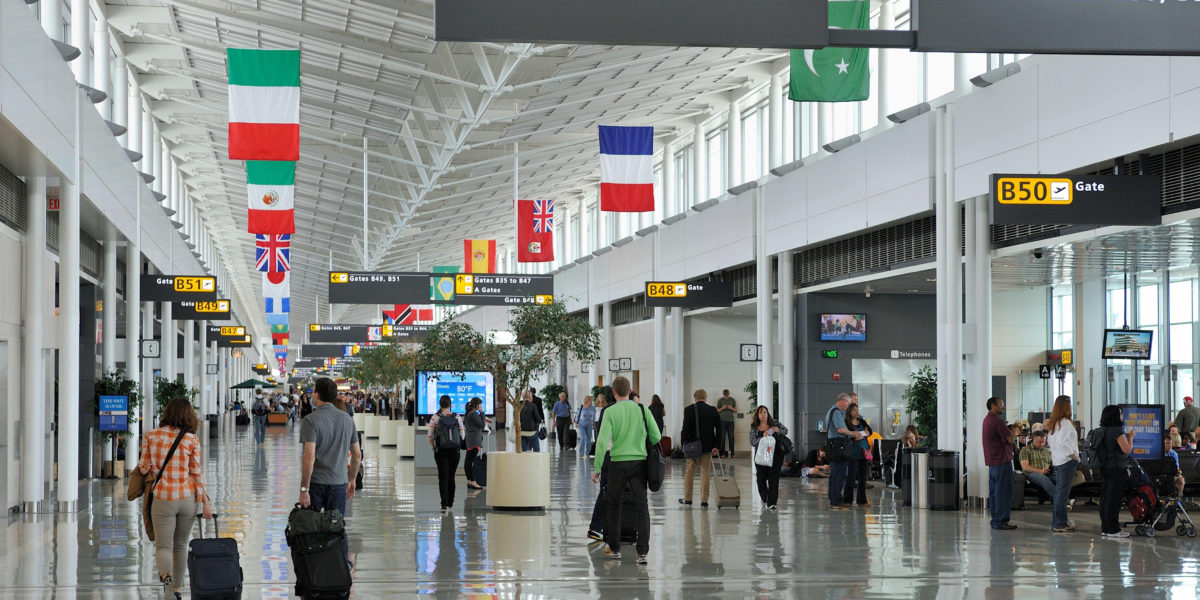 Now that Amazon has announced its new HQ2 in New York City and Crystal City, Virginia, the company is setting its sights on a new venture: airports.

If you’ve ever been in a large airport, you know that it’s basically like a shopping mall. Among the duty-free areas, restaurant chains, bookshops, and travel accessory stores, Amazon thinks something is missing: quick, easy, and affordable pre-flight meal options.

Amazon Go, which is essentially like a deli or convenience store with high-quality food created by local chefs, sets out to bring people exactly that, plus the added benefit of never having to wait in line to check out. Customers can simply come in, pick out what they want, and scan the item with their phone, and Amazon will charge their card on file.

Amazon Go already has a few locations in shopping centers around the country, including Chicago, Seattle, and San Francisco, but now the company is looking to expand to U.S. airports too, possibly starting with Los Angeles International Airport and San Jose International Airport, according to CNBC.

“I am looking forward to moving forward with the Amazon Go technology at the airport,” an airport information technology manager told CNBC back in June. But at the moment, nothing is set in stone. In fact, Amazon Go declined to comment on the matter. Officials have commented that the company would have to “undergo a competitive bid process to become a concessionaire,” according to CNBC. Still, other airports around the country may also be interested in partnering with Amazon, even if LAX and San Jose don’t pan out. A concessions manager for Dallas Fort Worth International Airport even contacted the vice president of Amazon Go regarding becoming “the first Airport Amazon Go location” back in September, CNBC reported. It’s unclear whether any of these airports are actively moving forward with bringing an Amazon Go to their terminals, but between the mega online store, the multiple headquarter locations, brick-and-mortar book sellers, and now, convenience stores, Amazon’s growth (or some would say, world domination) seems quite unstoppable.

10 Things You Absolutely Must Do Before You Board a Plane