Win an Escape to Zion!

Enter our Instagram Contest to win a trip to Under Canvas Zion! 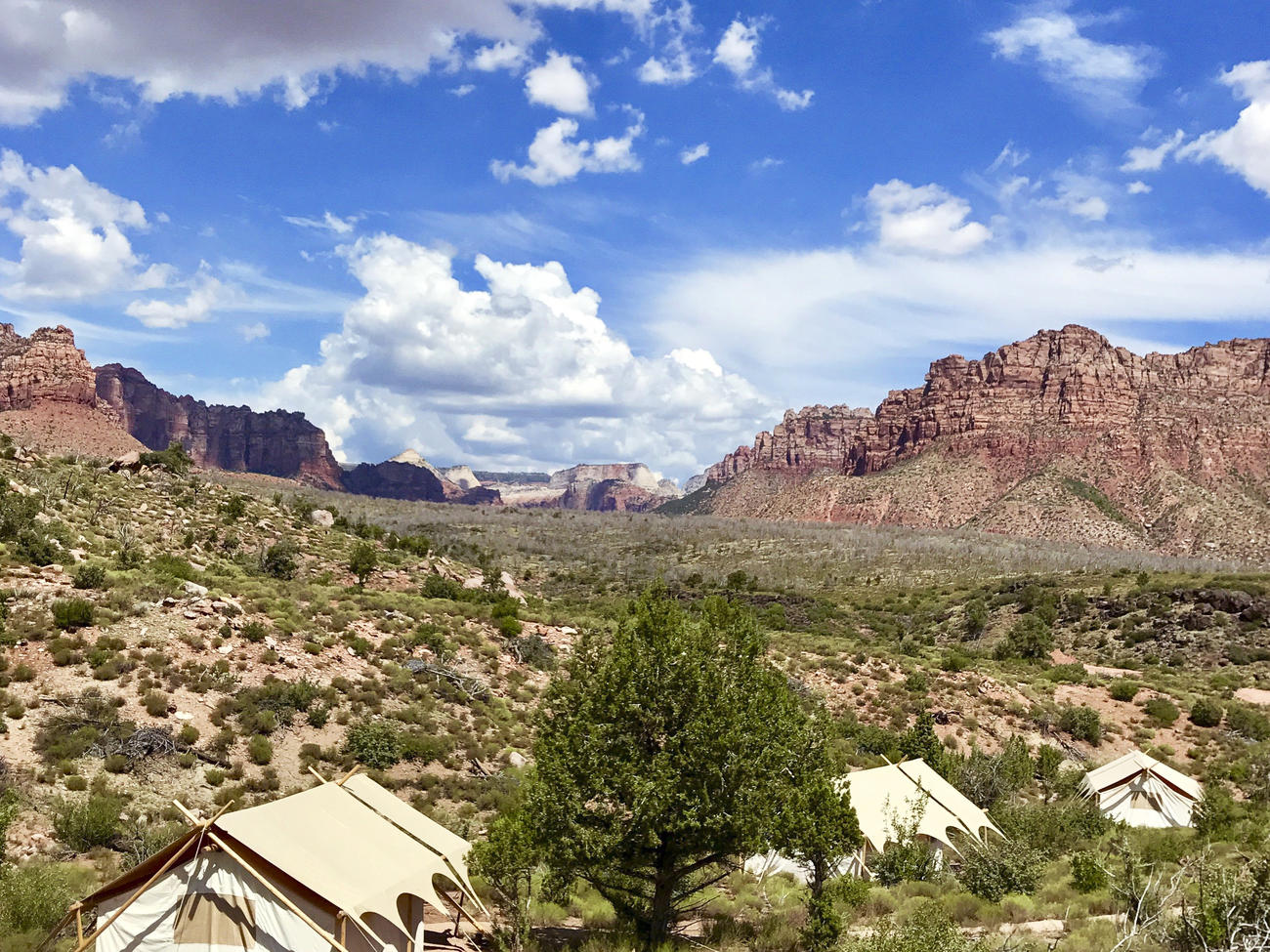 Summer crowds have dwindled, and the chill of winter has yet to descend. To pre­view next month’s cover story, we’re partnering with Un­der Canvas to offer a romantic adventure for two in Utah back­ country near Zion National Park. The prize package (worth $2,150) includes:

To enter this contest, comment on our Instagram Post with what you are most looking forward to doing outdoors this fall. To qualify, be sure to tag @undercanvasofficial, tag a friend that you would like to take on the Under Canvas Zion trip, and use #contest. Read the full contest rules belows, then get over to Instagram and enter! The contest begins at 10 a.m. PDT on September 13, 2017 and ends at 11:59 p.m. PDT on October 13, 2017.

1. HOW TO ENTER: The contest begins at 10 a.m. PDT on September 13, 2017 and ends at 11:59 p.m. PDT on October 13, 2017. To enter online, go to sunset.com/zioncontest and follow instructions to participate on Instagram. Entrants must comment on the specified Instagram post with a comment about what they are most looking forward to doing outdoors this fall.. The Entrant must tag another Instagram user in the comment, tag @undercanvasofficial, and use #contest. Entries by postal mail will not be accepted. Limit one entry per person. Sponsor is not responsible for lost, late, illegible, incomplete, or entries not received for any reason. Entries become sole property of Sponsor and none will be acknowledged or returned. By entering, Entrant warrants that his or her entry (1) is original and does not infringe the intellectual property rights of any third party, (2) has not been published in any medium or (3) has not won an award. Instagram is neither a cohost or a sponsor of this promotion.

2. JUDGING: All entries will be judged by Sunset editors based on the following criteria: Appropriateness to Contest Theme (25%); and Creativity of written description (75%). In the event of a tie, an additional “tie-breaker” judge will determine the Winner from among all such tied entries using the judging criteria above. Incomplete and/or inaccurate entries and entries not complying with all rules are subject to disqualification. Decisions of judges are final and binding. Winner will be notified by direct message on Instagram by October 31, 2017.

4. PRIZES AND APPROXIMATE RETAIL VALUE: One Winner will receive the Under Canvas Zion prize package (total approximate retail value: $2150), which includes: two nights in Under Canvas’s Stargazer tent, which features a viewing window above a Cas­per king bed; gourmet meals at Embers, the on­site eatery; a half­day canyoneering trip with Saw Zion—and a Casper queen mat­ tress of your own. All other expenses not specified herein are the responsibility of the Winner. ALL TAXES ARE THE SOLE RESPONSIBILITY OF THE WINNER. The prize is awarded without warranty, express or implied, of any kind.

9. WINNER’S LIST: For name of Winner(s), available after October 31, 2017, for a period of 30 days, send a separate self-addressed, stamped envelope to:

Win an Escape to Zion!