The town next door 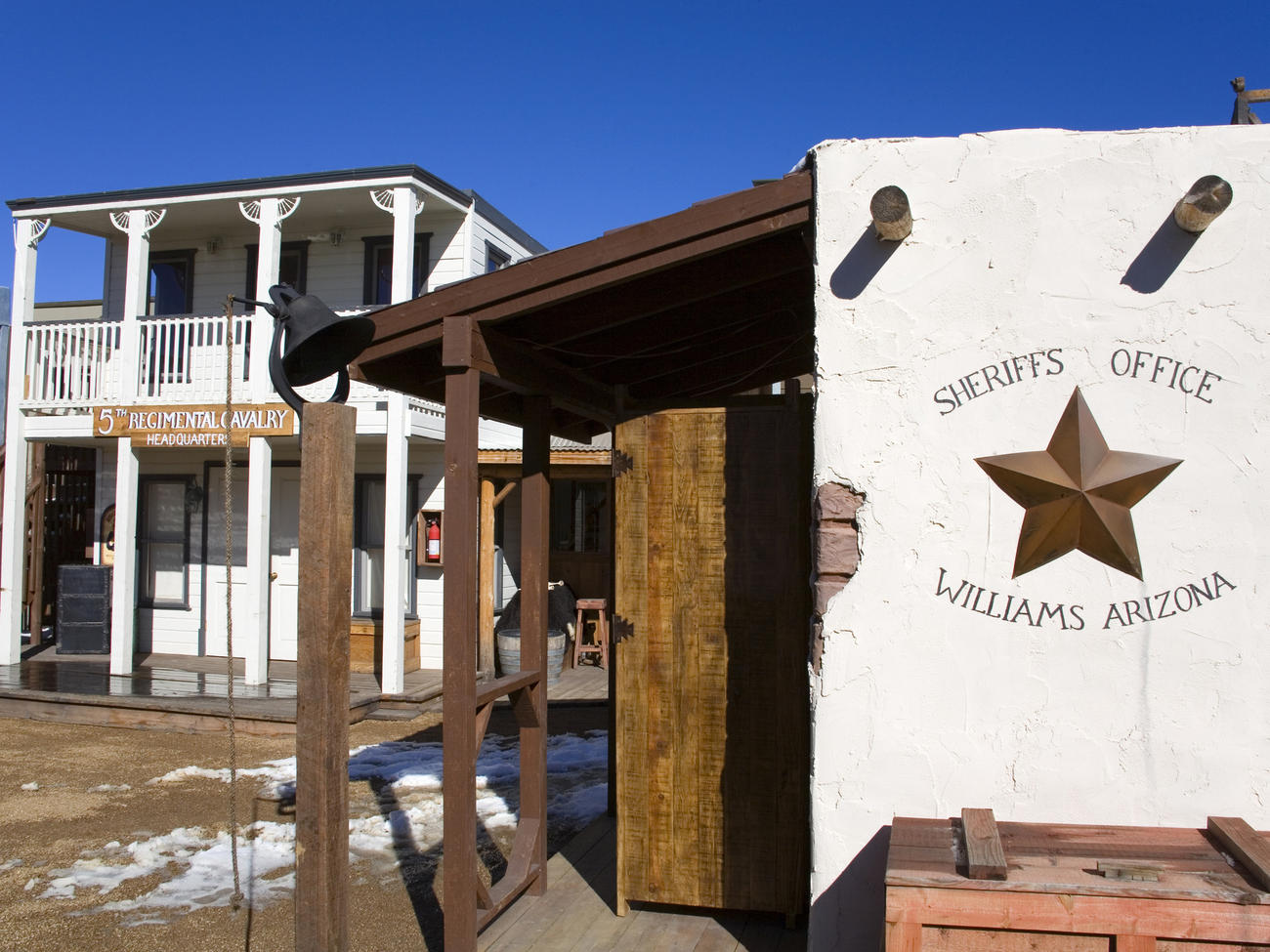 Sprawled out on a meadow, we’re enjoying a well-earned picnic after a hike to the top of Bill Williams Mountain. From its 9,256-foot summit, we can see the Sycamore Canyon Wilderness extending out to the horizon line. Below us, the town of Williams, Arizona, spreads across the mountain’s foothills.

On this particular weekend, we’re ignoring Williams’s official moniker as the “gateway to the Grand Canyon,” which lies approximately 60 miles to the north. We’ve decided to stay put and explore the town’s recharged downtown, its Route 66 history, and the surrounding wilderness and national forest lands.

An Arizona town’s fall and rise

A little less than 20 years ago, we would have zipped through Williams. The town was on life support. Founded in the late 1800s as a ranching, lumber, and railroad center, Williams sat alongside the last stretch of Route 66 in the United States to be bypassed by Interstate 40. When at last the highway was completed in 1984, the town’s economy seemed doomed. Downtown buildings, ranging from 1880s saloons to Atomic Age diners, were boarded up. “Williams lost nearly a third of its population, down from 3,500 to 2,300 people,” says local historian Jim Harvey. “Even the Santa Fe Railroad moved its main line north of town. Those were bad times.”

But Williams’s salvation came in the form of a revitalized railroad. In 1989, the Grand Canyon Railway once again began trundling passengers to the canyon’s South Rim along tracks that had previously carried visitors there between 1901 and 1968. The revitalized railway featured vintage trains and cowboy-style entertainment. It was a hit, and it spawned a depot, hotel, and restaurant complex at the boarding site.

The railway’s popularity rippled through town. Along old Route 66, boarded-up buildings have been reborn as restaurants, shops, galleries, and B&Bs. The city, in conjunction with the surrounding Kaibab National Forest, opened a visitor center, which includes a small museum, in a restored 1901 Santa Fe Railroad depot.

As fun as it is to stroll down memory lane in downtown Williams, don’t miss the outdoor attractions that lie nearby. The biggest of these is the Sycamore Canyon Wilderness, roughly 15 miles southeast of Williams. This 21-mile-long gorge is 7 miles wide in spots and cuts through the Mogollon Rim. Marking the southern edge of the Colorado Plateau, it reveals forested hillsides, dramatic red rock buttes, and dizzying cliffs. It’s the second-largest canyon in the state, after you-know-what.

Much of Sycamore Canyon is not easily accessible. Still, several easy trails and gravel roads put you at the canyon’s rim. And unlike at the Grand Canyon, when you visit Sycamore you are likely to have vistas all to yourself.

Another popular outdoor spot is Bill Williams Mountain, at the southern edge of town. It was named in the 19th century for the famously hard-living mountain man. And while there’s no evidence old Bill ever climbed the mountain, he would have liked the trails that crisscross its foothills, as well as the lung-expanding pathway to the summit that brought us to our grassy picnic site.

Our meal over, we hiked down the mountain and headed back into Williams to relax at an old-fashioned saloon. We were glad we’d ignored the town’s gateway-to-somewhere-else designation and stuck around to discover what Harvey predicted we’d find. “Williams is the real thing,” Harvey says. “What you see is what you get.”

Williams is 30 miles west of Flagstaff, Arizona, on I-40. Even in spring and summer, the 6,770-foot elevation keeps nights cool. For area information, contact Williams and Forest Service Visitor Center, 200 W. Railroad Ave.; www.williamschamber.com, www.fs.fed.us/r3/kai, or (800) 863-0546.

The town next door