Here’s a word every bit as scary as “drought”: subsidence. It’s what happens when soil compacts and ground sinks, as it's doing a... 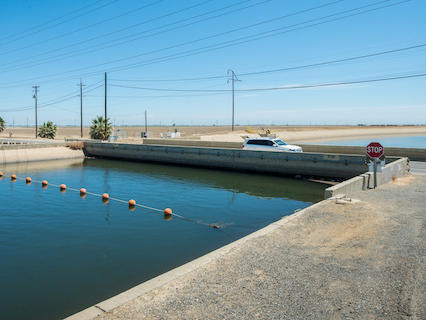 A bridge in Firebaugh, California, has subsided until it's almost touching the water. Courtesy California Department of Water Resources.
Written by andersonb2014 September 26, 2017
Share this story 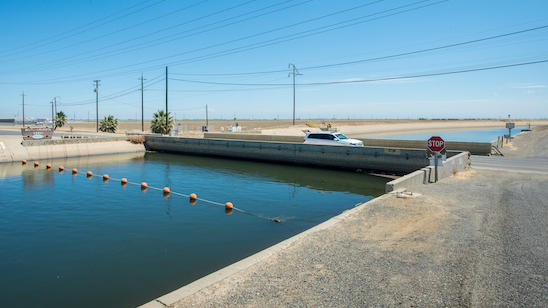 A bridge in Firebaugh, California, has subsided until it’s almost touching the water. Courtesy California Department of Water Resources.

Here’s a word every bit as scary as “drought”: subsidence. It’s what happens when soil compacts and ground sinks, as it’s doing at an alarming rate in the San Joaquin Valley, according to NASA research released yesterday.

The NASA data buttress ongoing U.S. Geological Survey research, which has found that while an inch a year of subsidence is typical in the valley, some spots are dropping closer to a foot a year.

Or more. Farmland around Corcoran dropped 13 inches in an eight-month period starting in May of 2014, NASA says. Points near the California Aqueduct between Huron and Kettleman City sank 8 inches in four months in 2014.

As I noted in a Westphoria post in May, subsidence is not a new phenomenon. It was first noted in the valley 80 years ago. But as surface water deliveries to farmers have disappeared, they have pumped more and faster and deeper to find the water to irrigate their crops.

Subsidence has already led to hundreds of millions of dollars in damage to aqueducts, bridges, roads, and well casings. Worst of all, perhaps, if El Niño brings big rainstorms to the valley this winter (and that’s not a given), subsidence has reduced the storage capacity for incoming groundwater.

Finally, as the L.A. Times notes this morning, the groundwater laws that California finally put in place a year ago require local agencies to balance aquifer withdrawals and replenishment. “But,” the Times says, “the requirements won’t take full effect for more than two decades.”