The Bay Area is flush with world-class waterways. Here are 5 reasons to grab a paddle 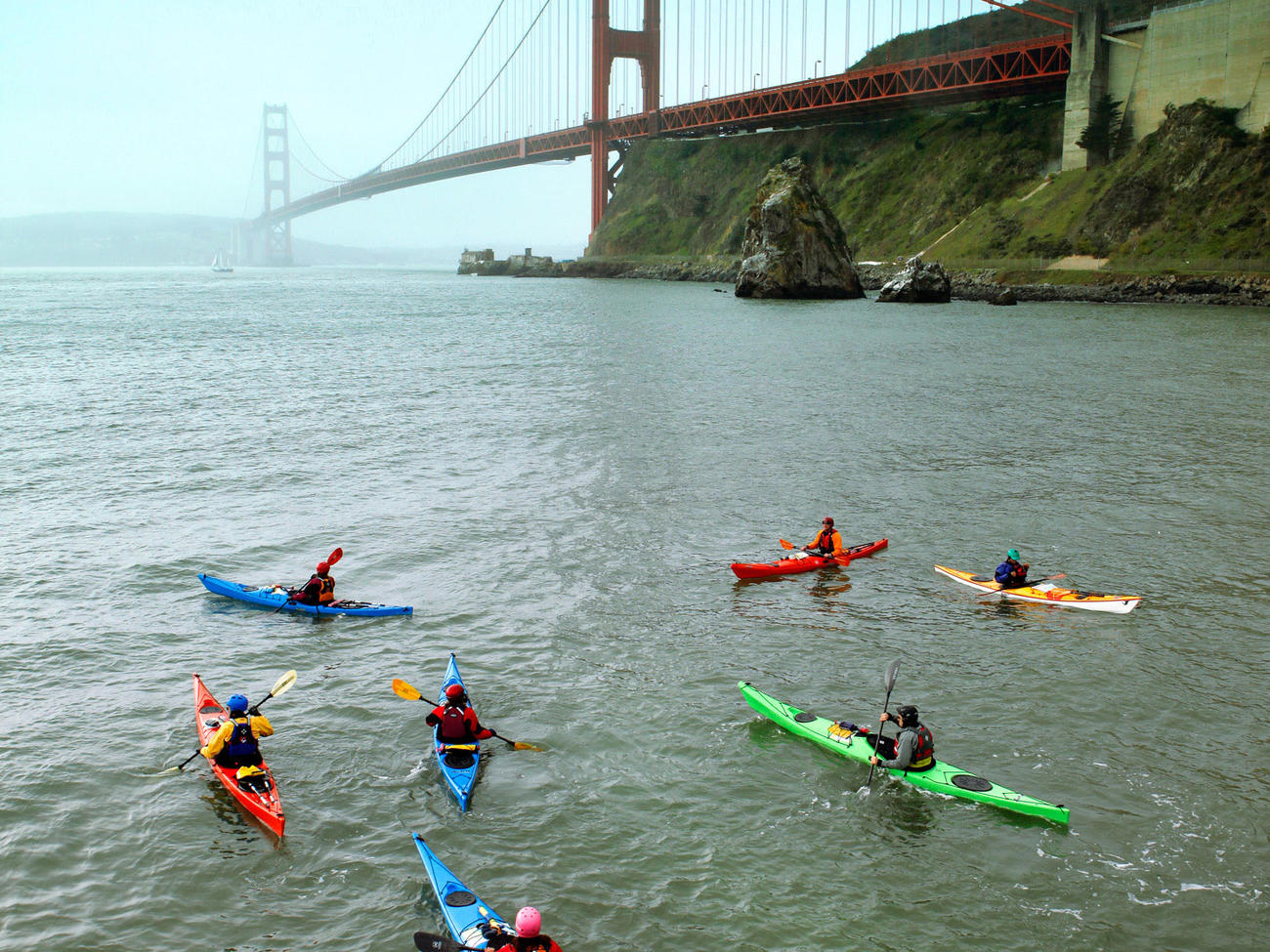 California Canoe & Kayak’s Open Coast class starts with an easy launch in Sausalito’s Horseshoe Cove. The Golden Gate Bridge looms above, and sure enough, you’re going on through, then up the coast to explore the Marin Headlands and learn to navigate rock gardens. Lunch at Kirby Cove will fortify you for the return trip—armed with more skills, yes, but with weakened arms from the morning’s 4-mile paddle through tough conditions. $109; calkayak.com

Something about being at sea lion level, with cargo ships the size of big- box stores charging under the Bay Bridge, gives you a whole new respect for San Francisco Bay. Rent from City Kayak (which provides full gear) in South Beach and venture out to nearby McCovey Cove to catch wall-clearers at the Giants game, or skirt the Embarcadero north to the Ferry Building for a peek at Alcatraz and Angel Island. If you have your sights set on the middle of the bay—where the currents are no joke—you may want to bring an instructor. $39/2-hour single-kayak rental, $75/3-hour guided trip; citykayak.com

» Reward: Two blocks up Townsend, claim a couch in the brick-cozy District for a glass of red and a plate of pork sliders. $; districtsf.com

A little push off the sandy beach gets you out among the docked sailboats in Richardson Bay. The paddleboard beneath you? For now, it’s your floating yoga mat. In this SUP yoga class, you’ll do sun salutations, downward dogs, all the usual, and all in your yoga clothes. Staying dry is a good motivation to make sure your poses are balanced, and keeping the board steady adds an extra core workout to your practice. $25; onboardfitness.org

4 | Oars and otters at Elkhorn Slough

Just a few strokes from the Kayak Connection dock at Moss Landing marina, you’ll pass by a frolicking family of otters so cute you’ll wonder if there’s any point in going farther. There is. Paddle hard under State 1 and you enter a wild wetland teeming with pelicans, herons, egrets, and shiny-eyed seals. Call ahead for advice on timing and you can make the tide work for you in both directions. $35/4-hour single-kayak rental; kayakconnection.com

Circling Golden Gate Park’s placid Stow Lake in a primary-color pedal boat has been a San Francisco tradition for longer than anyone can remember. But the boathouse looks fresher than the last time you saw it, with a restoration under way that’s already replaced the fleet of 25 pedal boats—there are also rowboats and, if you’re truly lazy, nearly silent electric boats. What hasn’t changed is the meditative chugga-chugga of your pedals as you duck under stone bridges in search of turtles. From $14/hour; stowlakeboathouse.com

How to Do Kayak Camping Right