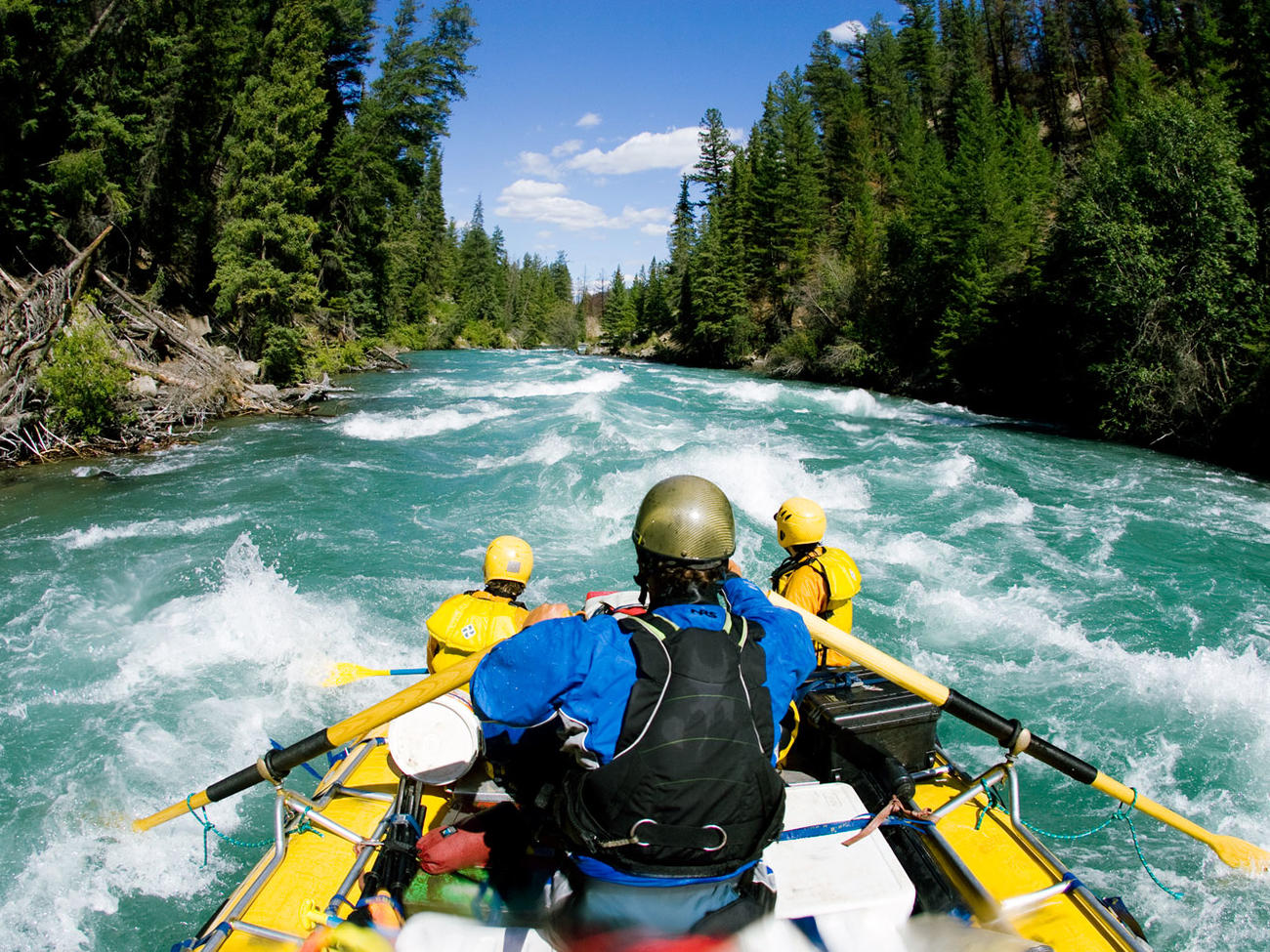 If you live in Northern California, you don’t need me to tell you that we had a lot of rain this past winter and spring. And by “a lot,” I mean epic, superlative, record-breaking rain.

So that was kind of a drag, but there’s an upside. Two, actually. The Captain Obvious observation is that all that precipitation left the Sierra-Nevada snowpack in well-above-average shape and washed away just about every last vestige of the years-long drought we’d been experiencing.

The other silver lining to getting all that rain? Great whitewater rafting this summer.

How great? “Exceptional,” is the first word out of the mouth of rafting pro Arnie Chandola when asked. Arnie is the owner and operations manager at American Whitewater Expeditions. “It’s made rafting a lot of fun.”

He’s not the only one enthused. “Exciting” is how Chris Moore, Regional Manager at OARS, describes conditions. Nate Rangel, president of Raft California, elaborates, explaining that more water doesn’t simply mean a faster ride. “Think of a roller coaster,” he says, “where up is twice as high, and the low is twice as low.” And Scott Armstrong, owner of All-Outdoors California Whitewater Rafting, puts it the current season in historic perspective: “This type of year happens once in a decade,” he says.

We have more than just the amount of precipitation that fell to thank. All that Sierra snow is melting at a nice even rate this year, making for dependable water flow day in, day out. The party should go on for a while, too—operators are predicting a longer-than-normal season on most rivers, especially on free-flowing waterways that normally slow to a trickle once the spring snowmelt deluge is over. (Dammed rivers run all summer because water is released consistently for the use of downriver communities.)

If you’re worried that there might actually be a little too much water for you, you may be right. The rivers mentioned below are all classed at level IV or V in the springtime, on a scale that only goes to VI (a class considered almost unsurvivable, even by experts). If you’re feeling cautious, just wait a few weeks. Even in a year like this, the deluge of snowmelt will eventually slow and water will settle into a gentler, more predictable flow. April through June is prime time for experienced and advanced rafters (and brave beginners.) The rest of the summer is ideal for beginners.

The bottom line? It’s up to you whether you choose to raft during the exhilarating runoff months or in the later, calmer part of the summer. But do get out there and do it before this season ends in October. Says Armstrong, “If you’ve ever thought about rafting, now’s the year.”

Where to Go Rafting This Summer

We asked experts which rivers they are excited about taking clients out on, and they all gushed over the plentiful options available this year. Nevertheless, we were able to get each to make a top choice.

Chris Moore loves the Tuolumne River, which he calls “a gem of a whitewater trip” and possibly “the best single- or multi-day trip in the nation.” This river is dammed and can be rafted all summer, but should have wild, spring-like conditions until the end of June.

Nate Rangel calls the Kaweah River “a great little run,” and is happy to be able to take advantage of an extended season on the undammed upper stretch. It’s highly unusual for the season to last past June on that part of the Kaweah, but Rangel expects the rapids to be navigable past mid-July this year.

Scott Armstrong has been loving the North Fork of the Stanislaus River. His favorite free-running section of the stream can’t be rafted at all some years; this summer it should be good into late June.

According to Arnie Chandola, The American River’s wildest part, the undammed North Fork, hasn’t had reliable flow since 2011, and in a normal year, can only be run through May. This year, trips may continue into July.

Celebrate Half a Century of Protected Rivers & Trails

10 Great Rivers to Get You Started