Where to Celebrate Lunar New Year

The best parades, festivities, and more to kick off the Year of the Dog 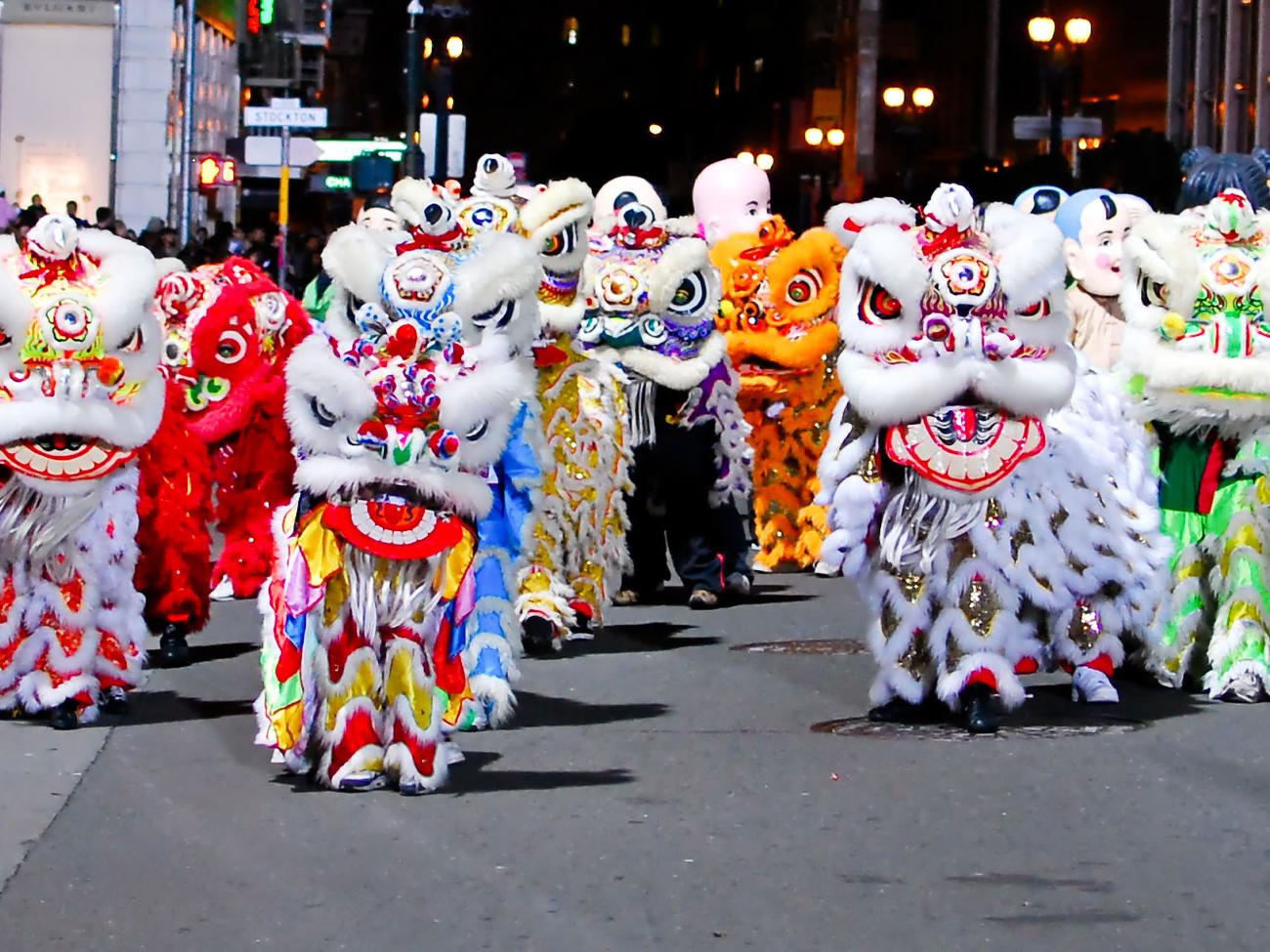 On the heels of Mardi Gras celebrations and Valentine’s Day festivities, the Year of the Dog has officially begun. Lunar New Year, the year’s grandest celebration for Chinese and many other Asian cultures, begins today, February 16, and lasts until the Lantern Festival on March 2. Bid the Year of the Rooster farewell, and usher in fortune and prosperity with yummy Chinese cuisine, lucky red lanterns and dancing dragons, and celebrating at one of the many events happening in Chinatowns throughout the West all month long.

Vancouver’s Chinatown Spring Festival, held on Sunday, the 18th, will feature dozens of lion dance teams representing martial arts organizations from throughout the region, along with multicultural performances and musical guests. The 1.3 km procession is expected to take roughly two hours, and is bookended by LunarFest events throughout the city.  More info: lunarfest.org

L.A.’s storied Chinatown hosts its free, annual, full-blown party on Saturday, February 17, at the Central Plaza. The main event, the annual Golden Dragon Parade, in its 119th year, is the oldest of its kind in the States, complete with floats, marching bands, and, of course, an illustrious dragon. After the parade, stick around for live music and culinary performances, gourmet food trucks, art and sculpture demos, and a craft beer garden. For more info: chinatownla.com

Touted as the largest Lunar New Year celebration in the Rocky Mountain region, this year’s Colorado Chinese New Year Celebration features performances by both professional entertainers, like acrobats and Chinese opera singers, as well as by adorable costumed students and teachers of the city’s Chinese School, which also acts as the venue for the celebration. The family-friendly event on February 17 will also highlight traditional crafts and Chinese cuisine. For more info: denverchineseschool.org