On Sunday, West Coast stargazers are in for an astronomical treat: A rare total lunar eclipse supermoon. Learn when and how to view it. 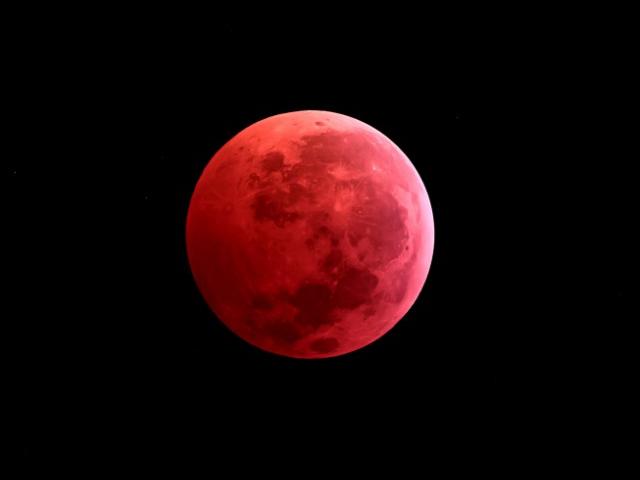 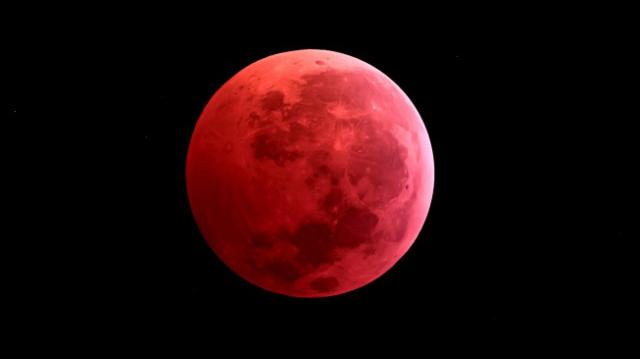 On the evening of Sunday, September 27, stargazers in North, South, and Central America will be in for an astronomical treat.

For the first time since 1982, a rare total lunar eclipse is creating a blood red “supermoon.” According to Space.com, the eclipse will start at 7:11 p.m. PDT and last for about 1 hour and 12 minutes.

As NASA reminds us, “The moon does not make its own light; it reflects light it receives from the sun.” A total lunar eclipse “happens when the full moon passes through the darkest part of Earth’s shadow, the umbra,” and the red glow occurs “as sunlight is blocked by the Earth’s shadow … and refracted around the ‘edges’ of Earth, through [our] atmosphere. Because of this, almost all colors except red are ‘filtered’ out, and the eclipsed moon appears reddish or dark brown.” 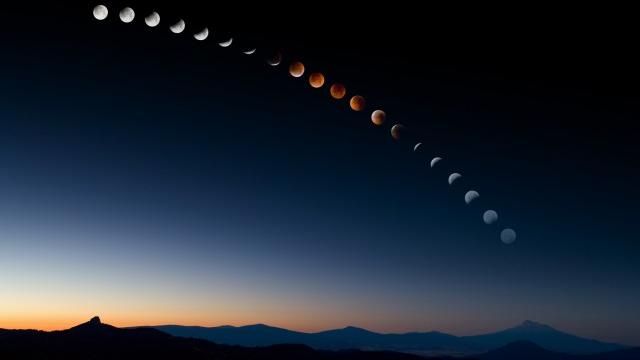 A composite image representing the path of the moon during a total lunar eclipse. (Sean Bagshaw)

And jumbo-size supermoons, according to Space.com, “occur when the moon reaches its full phase at or near the [moon’s] closest approach to Earth, and appears abnormally large and bright as a result.”

Space.com notes that Sunday’s combo of cosmic coincidences is “quite special; the next won’t take place until 2033.”

So West Coast, pull out your lawn chairs and get ready to be wowed: The moon is going to be ginormous and sultry reddish as it rises in the east on Sunday night. (And yes, it’s safe to look directly at the moon—no special glasses or contraptions needed.)

Clouds in your area? Tune in to NASA TV’s live broadcast of the supermoon eclipse between 5 p.m. and 8:30 p.m. PDT Sunday so you don’t miss out—you’ll have to wait 18 years for the next one.