Coming Soon: Las Vegas Strip to Get Its First New Resort in Over a Decade

The Las Vegas Strip is poised to get its first new resort in over a decade when the doors of Resorts World Las Vegas open on June 24. 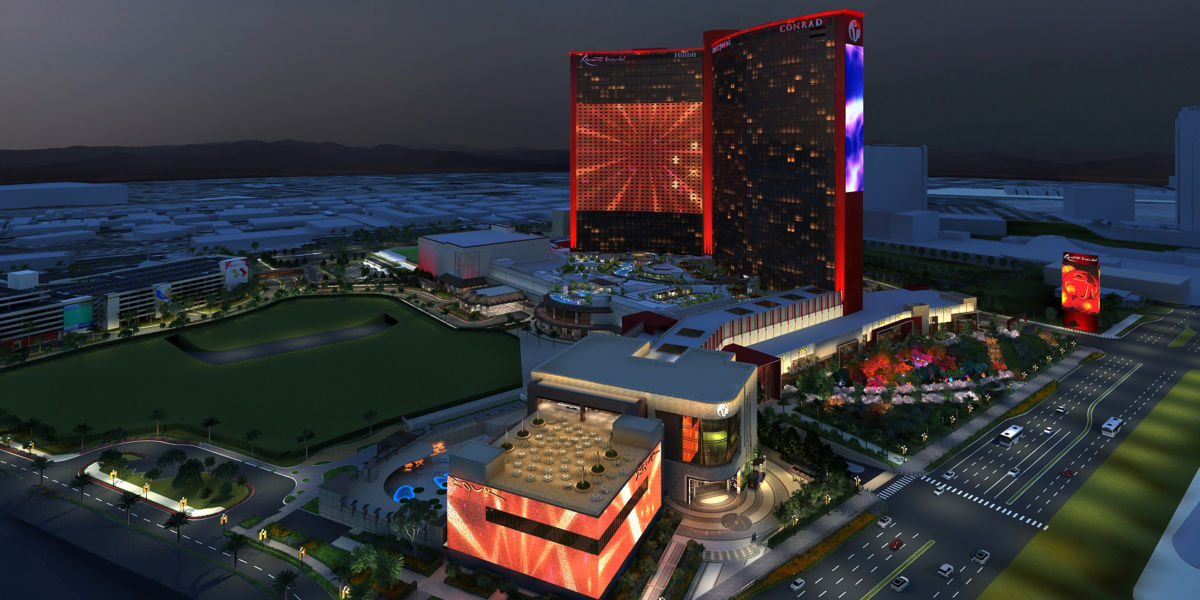 The Las Vegas Strip is poised to get its first new resort in over a decade when the doors of the $4.3 billion Resorts World Las Vegas open on June 24.

The 3,500-key resort, part of Hilton Honors, promises more than 40 food and drink choices that range from food-truck-inspired delectables to fine dining, a 117,000-square-foot casino, 250,000 square feet of banquet space, and 70,000 square feet of retail spread across two levels.

Guests of the resort will have three luxury brands under the Hilton umbrella to choose from.

Conrad Las Vegas and Resorts World offers rooms ranging in size from 550 to 2,800 square feet, while Las Vegas Hilton at Resorts World will feature accommodations sized from 400 to 3,300 square feet. The most exclusive of the three, Crockfords Las Vegas LXR Hotels & Resorts, touts high-end service and amenities for guests of its 236 rooms, suites, and villas, some of which range up to an astonishing 7,000 square feet.

Inside the gargantuan Sin City resort is an entertainment complex divided into numerous nightlife venues that promise frequent visits by top-rated musicians and DJs, such as Tiësto, who recently announced a partnership with the resort.

For those looking to relax after a night packed with what-happens-in-Vegas indulgences, there is a 5.5-acre aquatic facility featuring an infinity-edge pool and the Strip’s largest deck. These amenities are then supplemented by an adjacent 27,000-square-foot spa.

“We are filled with gratitude and excitement as we approach our opening this June and hope to play a role in Las Vegas’s rebound after what has been an incredibly challenging year for the destination and greater hospitality industry.”

On the resort’s tech side, innovations like mobile check-ins, digital keys, an artificially intelligent concierge—who goes by “Red”—and over 200,000 square feet of LED displays provide the familiar glam of the Strip. But it’s the benefits of Elon Musk’s Boring Company that may wow guests the most. The future transportation system comprising electric Teslas is expected to transport guests via underground tunnel from the resort to the Las Vegas Convention Center in under two minutes.

Additional attractions set to be unveiled after the resort’s June opening include a 5,000-seat concert venue, slated to be completed this fall.

Despite the aforementioned wow factors, opening a resort during a time when the nation is still grappling with the impact of COVID-19 may come as a surprise, but in Sibella’s mind, the sooner the venue opened, the better.

“We never stopped building through this pandemic,” Sibella told the Las Vegas Review-Journal. “We were always committed to getting this property open this summer, but we felt really that it was so important to us to get open by the Fourth of July because we really think this is going to to be the biggest Fourth of July the city has seen in a long time, especially with all the positive [vaccination] news we all are hearing.”

This New Glamping Site Is an Oasis in the Desert