Our editors’ must-do highlights for an adventure-packed day 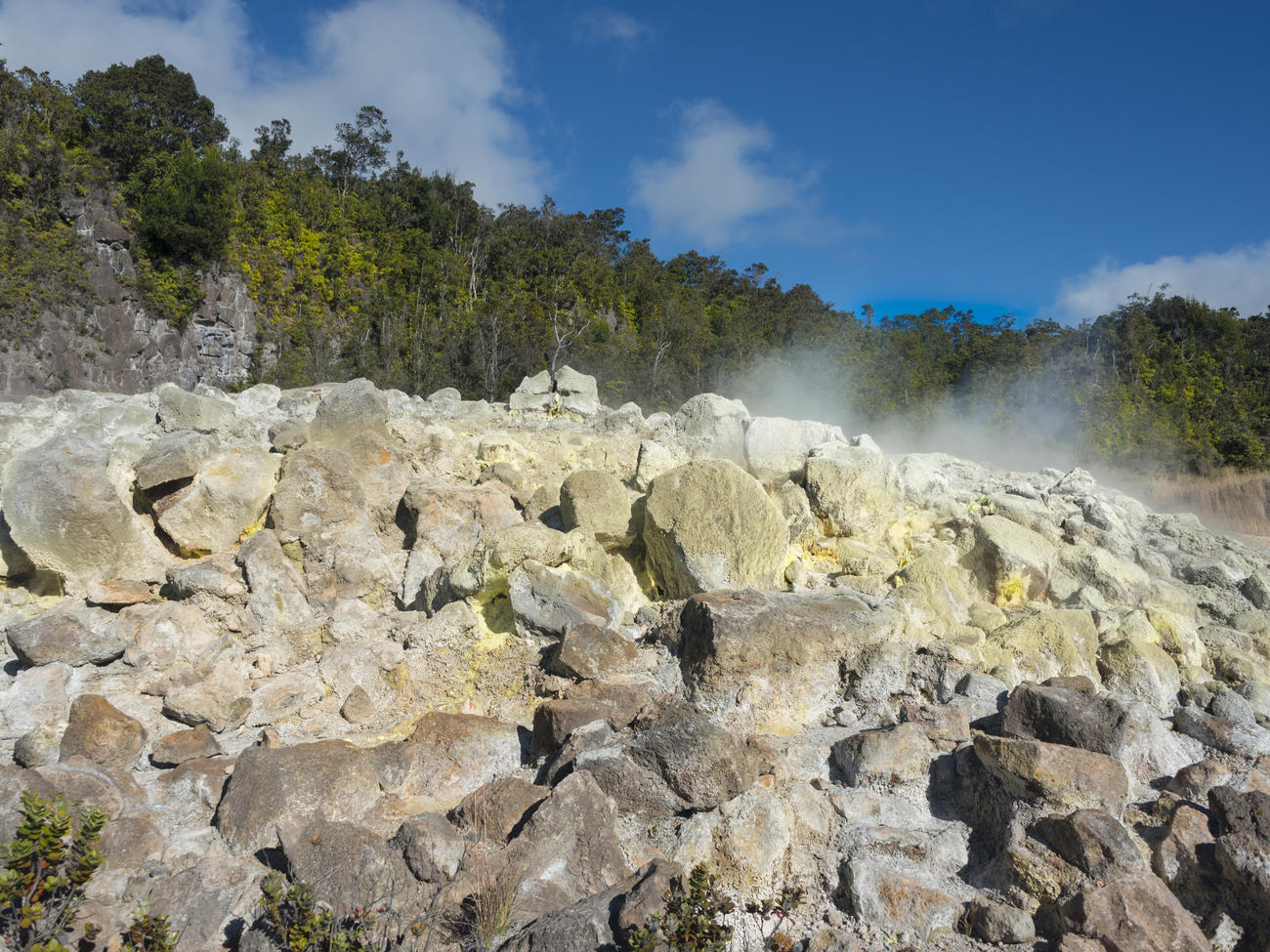 Kilauea Visitor Center. This simple visitor center is your essential first stop—it’s where you can find out about guided hikes in the park, where to go to see Kilauea erupting, and where you can’t go because volcanic gases or lava make the road or trail unsafe. nps.gov/havo or 808/985-6000.

Crater Rim Drive. The 11-mile road encircles Kilauea Caldera. In 2008, volcanic activity in the crater closed the road from the museum to the Chain of Craters Road, but the eastern portion still gets you close to awe-inducing volcanic views.

Sulphur Banks. Kilauea Crater is still active, as you’ll see (and smell) from the volcanic gases seeping from the ground near this 0.4-mile trail (might not be advisable for those with respiratory problems).

Thomas A. Jaggar Museum. Also a visitor center, here you’ll get both amazing views of Kilauea Caldera and exhibits about Hawaii’s volcanoes, including the research done by the scientists at the USGS Hawaiian Volcano Observatory, next door. 808/985-6000.

Kilauea Iki. This hike starts with a spectacular view from the Kilauea Iki Overlook, then leads you through a rain forest into a volcanic crater.

Thurston Lava Tube. The hike into a several-hundred-year-old tunnel of hardened lava gives you an inside glimpse of a volcano’s power.

Devastation Trail. This paved 0.5-mile trail is easy but unforgettable, leading you through an ashen landscape charred by a 1959 eruption.

Pu‘u Huluhulu. A short 3-mile round-trip hike on the Napau Trail leads you to the top of a 150-foot cinder cone where you’ll get 360-degree views of the surrounding national park.

This 18-mile road leads through the heart of Hawai‘i Volcanoes N.P., dropping 3,700 feet as it winds down the mountains to the Pacific. It comes to a sudden stop where the pavement was buried in lava in 2003; if you’re lucky, you may get to see active lava flows yourself.

Chain of Craters Road. The 18-mile road runs southeast down the slopes of Kilauea to the sea, giving you car-stopping views of a volcano-shaped landscape. In fact, the road ends where lava buried it in 2003.

Holei Sea Arch. Formed by waves battering against a lava cliff, this 90-foot arch is the most spectacular sight on a spectacular coast.

Kalapana Lava Viewing Area. Prime spot to see lava flowing into the ocean lies on the Puna Coast just outside the park, at lava viewing areas at the end of State 130 near Kalapana. The show is best at dusk and at night, when the glow of fume clouds contrasts against dark sky and sea. Viewing sites change, so check before you go (nps.gov/havo/planyourvisit/lava2.htm or 808/985-6000).

How to Plan a Family Trip to Hawaii