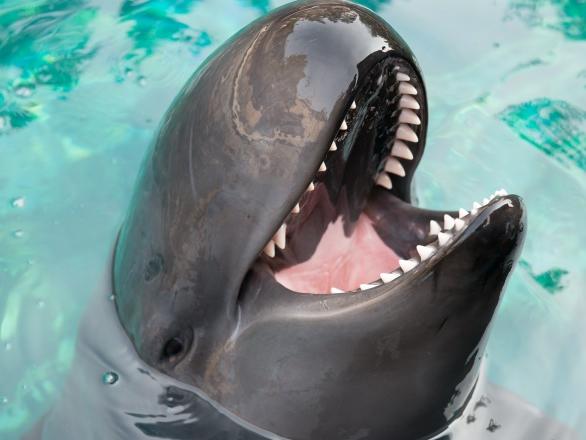 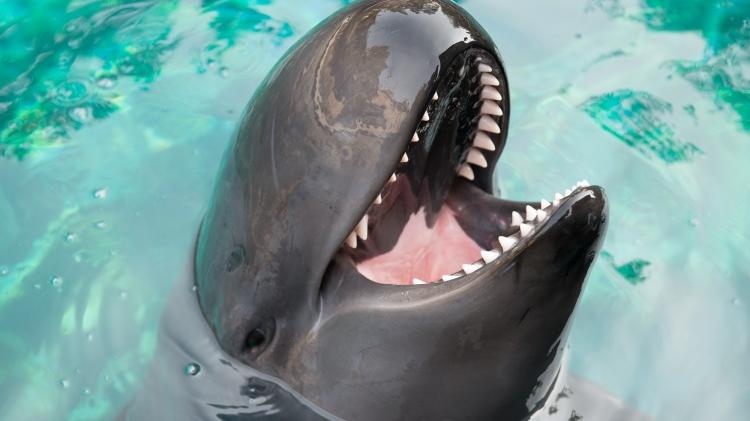 Recently in Vancouver, I had a blind date with Chester, a 16-month-old false killer whale.

I was in British Columbia for a travel-writing conference and our group of writers and editors had dinner at the Vancouver Aquarium’s Tropic Zone—a green sea turtle, zebra shark, and whiprays swimming just beyond our plates.

Before dinner, I was one of three people chosen to meet and help feed Chester, the young false killer whale (so called because their heads and teeth bear similarities to those of true orcas). Chester pulled up along the side of his tank and let the three of us reach over and pet him. His skin felt like a wet eggplant—taut and cool and somewhat rubbery. I dropped a couple of sardines into Chester’s toothy maw (false killer whales like other dolphins don’t chew their food, despite their pearly arsenal).

There are two important things I didn’t learn about Chester until I returned to California. 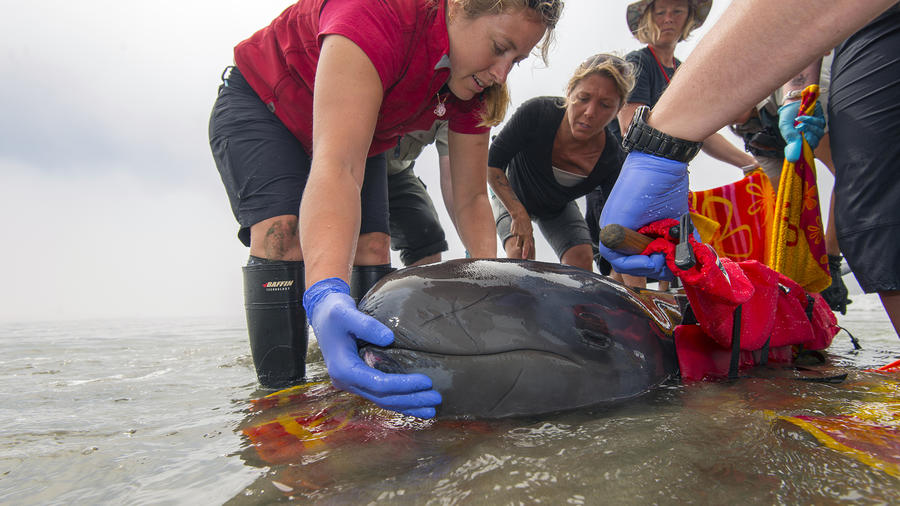 Marine mammal rescue workers prepare to lift baby Chester after he washed up on a beach near Tofino, BC. (Photo courtesy Vancouver Aquarium)

First, Chester is the only orphaned false killer whale calf to have ever been successfully raised in captivity. In July 2014, as a baby calf (probably 4 to 6 weeks old), Chester washed up on Chesterman Beach, ergo his delightful name, just outside Tofino, British Columbia. He was lacerated (as you can see in the photo above) and could not swim. A team from the aquarium’s Marine Mammal Rescue Centre brought Chester back to its facility, where he was painstakingly nursed back to health over many months.

Second, there is sharply divided opinion about what should happen next with Chester. A panel of marine mammal experts was convened by Fisheries and Oceans Canada to begin tackling the question of Chester’s future. In May, the panel announced that Chester would not survive if released into the wild. The panel cited his age, extensive contact with humans, and lack of foraging skills as reasons Chester should remain under the care of Vancouver Aquarium.

According to an August article in The Vancouver Sun, a handful of animal welfare organizations, including the British Columbia SPCA and the Sea Shepherd Foundation, are advocating for Chester to be taken out of his tank and moved to a sea pen, a fenced-in enclosure at the ocean that would give him much more space to swim freely.

If Chester stays at the aquarium, where he has become a star attraction, more people have a chance to see him and learn about false killer whales. Chester is also big box office, and that helps fund the research and conservation work done by the aquarium.

It doesn’t strike me as a black-and-white issue.