Eat and Drink Your Way Across the Cowboy State

Where to experience the local flavors of Wyoming 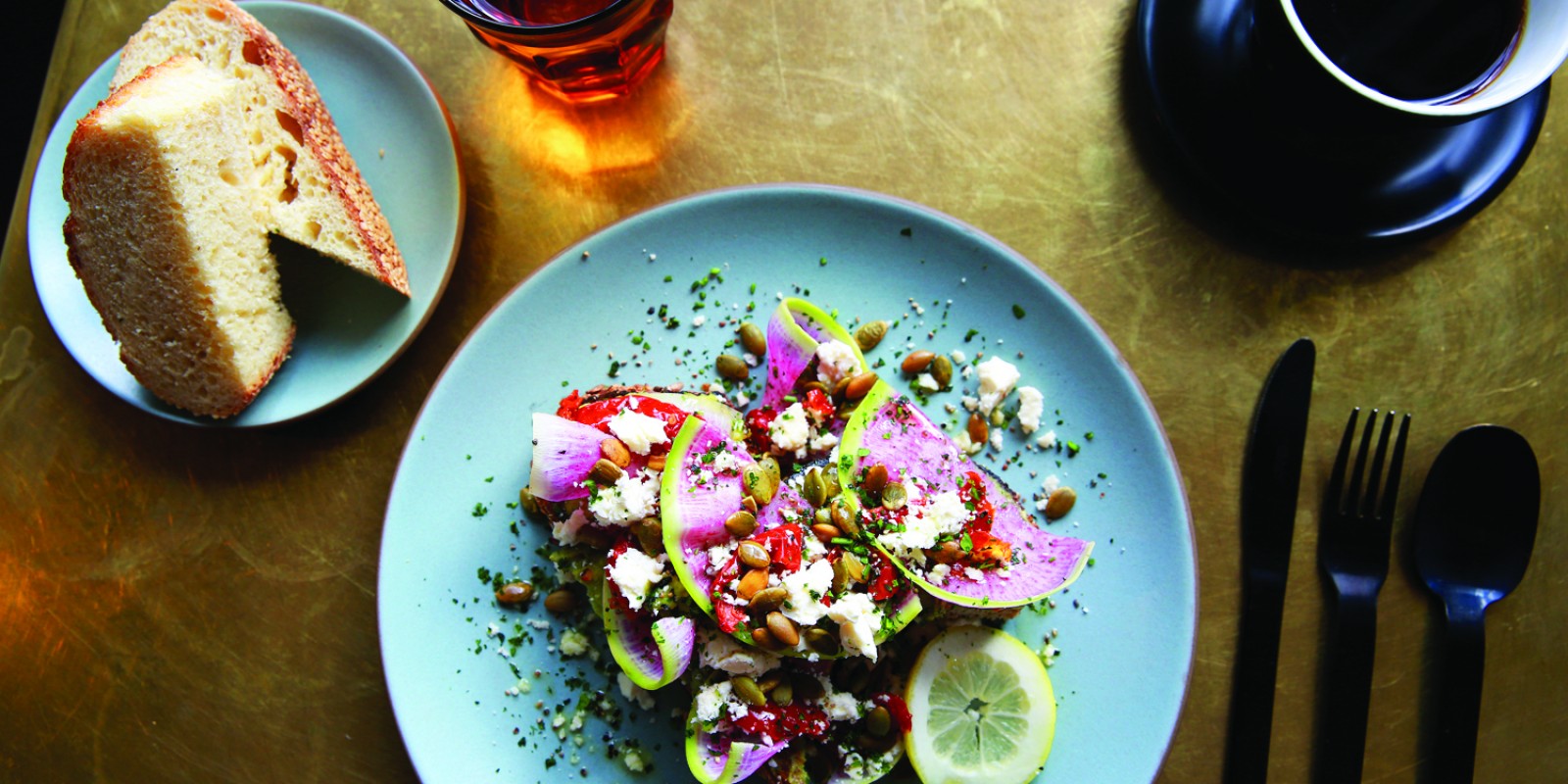 Wyoming’s food scene is as diverse (and surprising) as the state’s geology, which includes high altitude desert, snow-capped mountains, and the world’s highest concentration of thermal features. Proof? The Snake River Grill (307/733-0557, snakerivergrill.com, 84 E. Broadway Ave. Jackson) serves a pizza topped with raw beef, but less than a mile away, visitors can stop by Vertical Harvest (307/201-4452, 155 W. Simpson, Jackson, verticalharvestjackson.com), the world’s only hydroponic vertical greenhouse attached to the side of a parking garage. Despite being more than 6,000 feet above sea level in a mountain valley where the annual outdoor growing season is about 40 days long, Vertical Harvest grows 100,000 pounds of greens and tomatoes annually. Produce is sold directly from a market on the greenhouse’s ground floor and also pops up on menus at restaurants around Jackson Hole. When a craving for one of the state’s best burgers strikes, head for the Lander Bar & Grill (307/332-8228, landerbar.com, 126 E. Main St., Lander). Originally opened in 1908 as a saloon, this building went on to serve as a brothel and later a boarding house before falling into disrepair. The space saw a revival in the early 1990s as a bar and grill that made a name for itself with its half-pound burgers made from locally raised, grass-fed cows and both local and regional beers on tap. If the weather’s fair, grab a seat outside under the shade of a 100-year-old blue spruce.

Once you cross into Sheridan, stop into Black Tooth Brewery’s taproom, which is the only place in the state where suds lovers can taste this craft brewery’s limited batch brews. The rotating options on tap are always changing, but if they’re serving up “Barrel Aged 1314,” make sure to grab a glass of the English Strong Ale aged in Wyoming Whiskey barrels for 12 months. 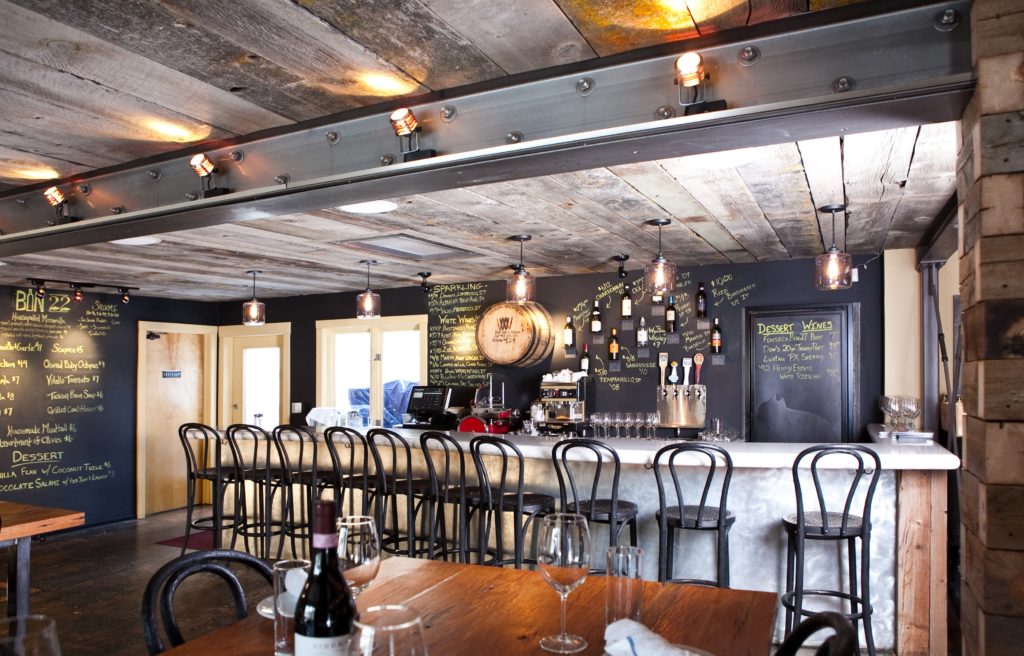 Looking to bring some local beer (and spirits, and even wine) home? Bin 22 (307/739-9463, bin22jacksonhole.com, 200 W. Broadway Ave., Jackson) is a notable bottle shop with an attached cozy tapas restaurant, which carries beers from craft breweries around the region. The shop also offers spirits from Jackson Hole Still Works (jhstillworks.com, 307/699-8998), including Highwater Vodka and Great Grey Gin. Sommelier Neil Loomis pops in to give visitors a local’s view into Jackson Hole Winery’s offerings (jacksonholewinery.com, 307/201-1057). Located only a few miles from the Bin22, this winery uses Sonoma- and Napa-grown grapes to make unique blends—such as Rendezvous Red, an unexpected blend of Syrah and cabernet franc—in a former dairy barn on the banks of Spring Creek. (Both JH Still Works and JH Winery are open for tours by appointment.) Experience a classic Cowboy State café at J’s Prairie Rose Café (307/745-8140; jsprairierose.com, 410 S. 2nd St., Laramie) and Sherrie’s Place (307/235-3513, 310 W. Yellowstone Hwy., Casper). The former, in downtown Laramie, has black-and-white checkerboard linoleum floors and a Formica-topped bar; everyone from University of Wyoming students to truckers passing through and local families likes its oversized breakfast burrito. The latter, which is in Casper, serves a 1/3-pound panko-breaded chicken fried steak with biscuits, gravy, and eggs (or mashed potatoes); Sherrie’s cinnamon rolls are so big they’re served skewered with a steak knife. Visitors looking for a jolt can pick up a cup of local brew by Snake River Roasters (snakeriverroastingco.com) from Picnic Café (307/264-2956, picnicjh.com, 1110 Maple Way, Suite B, Jackson). On the other side of Yellowstone National Park, Cody Coffee Roasters (307/224-3443, codycoffee.com, 3001 Duggleby Dr., Cody) got its start by roasting beans over a barbecue in founder Jesse Renfors’s backyard. Today, they’ve upgraded to a professional roaster, a café at the Cody Airport, and a food menu that highlights local producers like Shoshone River Farms (don’t miss the Thai shrimp toast topped with honey garlic sauce).