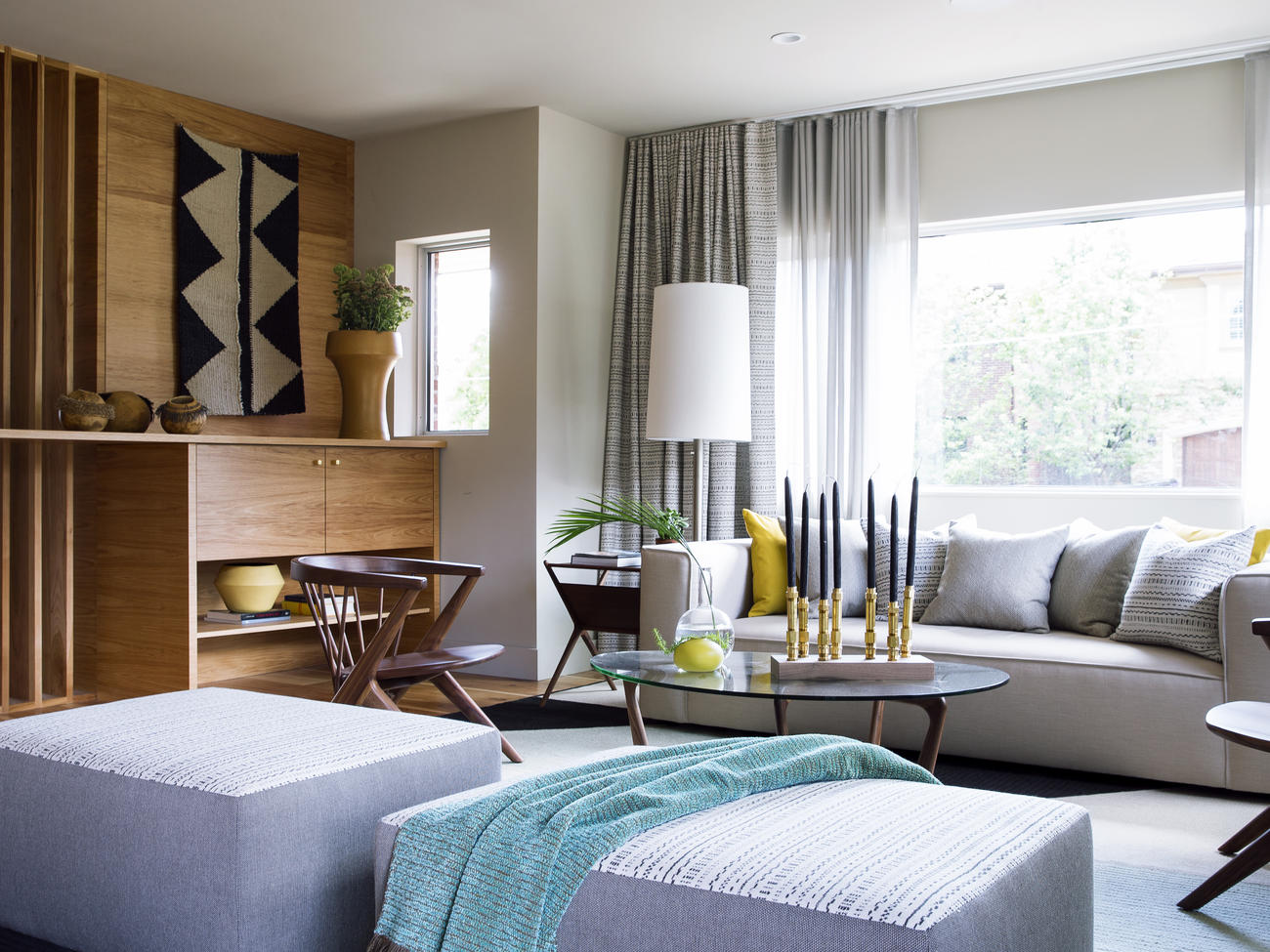 The living room at the 2015 Sunset Idea House in Denver, featuring a custom unit by Jonas DiCaprio of
Written by helloireneedwards November 1, 2017
Share this story 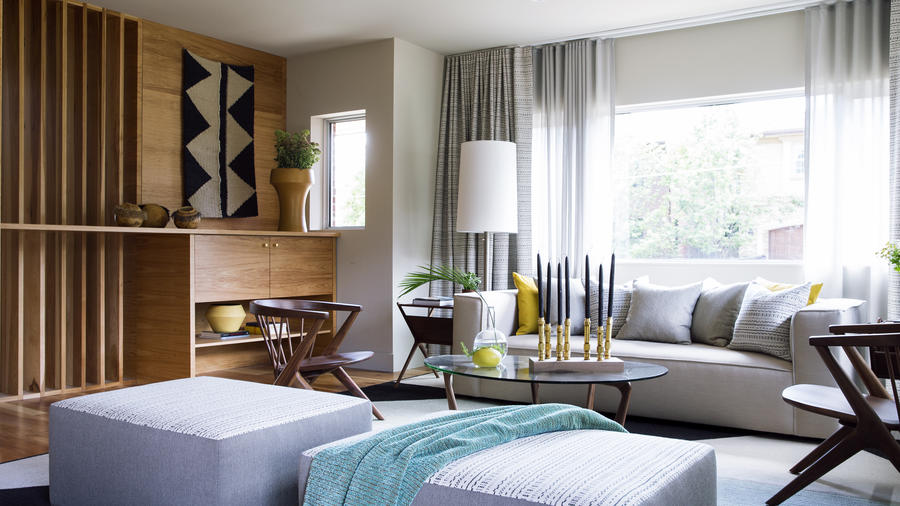 The living room at the 2015 Sunset Idea House in Denver, featuring a custom unit by Jonas DiCaprio of Storage. An un-sexy word for a domestic necessity that can, if done right, be one of your home’s most stylish features. (Stay tuned for my dressing room reveal in Sunset‘s September 2016 issue!) Here, five ways to make cabinetry and shelving work harder—and look mighty good while doing so. 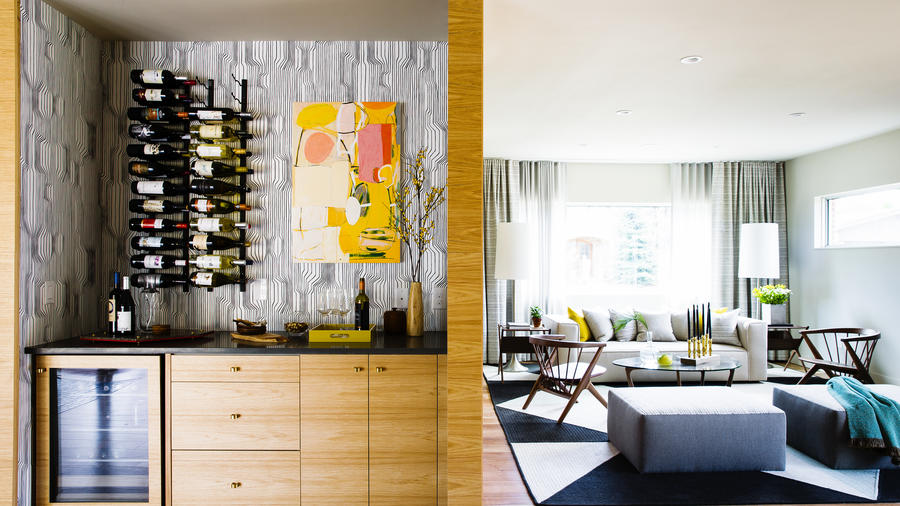 The wine bar at the 2015 Sunset Idea House becomes a focal point thanks to graphic wallpaper and a wall-mounted rack. (Thomas J. Story)

Built-in furniture was often used to divide rooms in midcentury homes. So at the 2015 Sunset Idea House—a remodel of a 1950s ranch style in Denver— Design Platform‘s Jonas DiCaprio created a massive custom unit that functions as a media cabinet in the living room (top image). On the entry side, it’s an armoire for coats; on the kitchen side (above), it’s a wine bar worthy of the set of Mad Men. 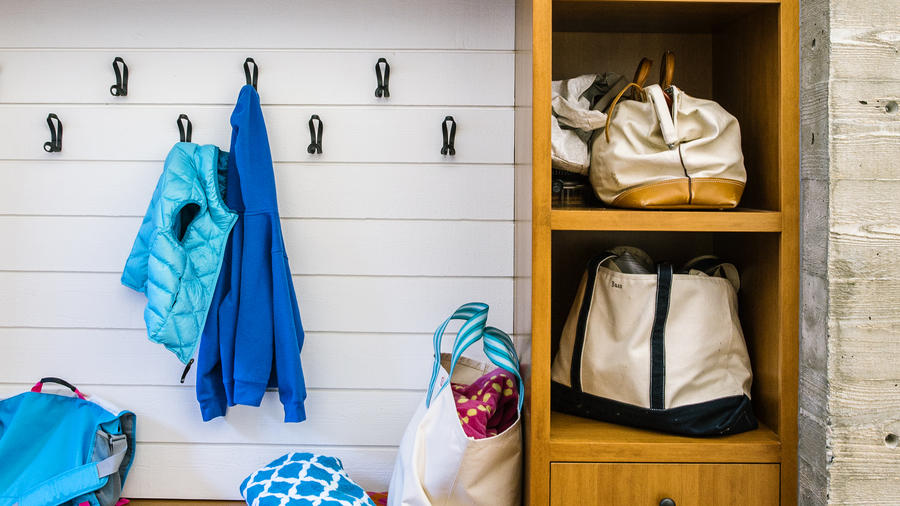 For this family cabin on Washington’s Lake Chelan, Seattle architectural firm Bosworth Hoedemaker and interior designer Amy Baker knew carving out spaces for communal storage was key. So they turned a long hallway on the main level into a combination mudroom, pantry, and linen closet with a well-organized system of cabinets and cubbies. True to the home’s purpose as a vacation retreat, the mudroom area (above) includes a high shelf for hats, hooks for towels, niches for carryalls, and low shelving for flip-flops. 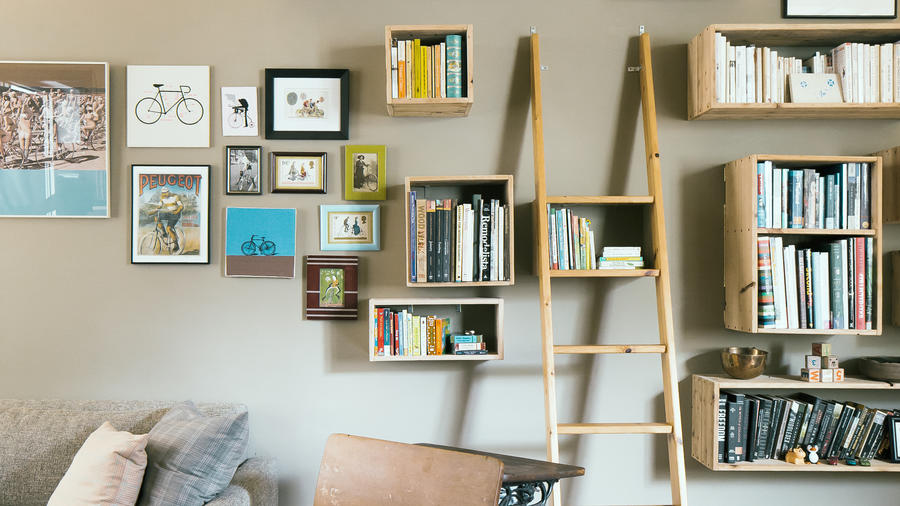 A wall of floating boxes at the home of Erin Feher Montoya continues the creative gallery wall of framed art above the sofa. (Thomas J. Story)

You’re a city-dwelling couple in a compact one-bedroom apartment. Then baby arrives—now what? Instead of fleeing for the suburbs, design editor Erin Feher Montoya and her woodworker husband, Danny, worked small-space solutions into their 500-square-foot San Francisco abode. Rather than take up more of the living area’s footprint with a large freestanding bookcase, Danny designed a series of floating boxes to store the family’s book collection. The boxes are mounted on the wall as an extension of the gallery wall above the sofa; a library ladder allows access to the highest boxes. 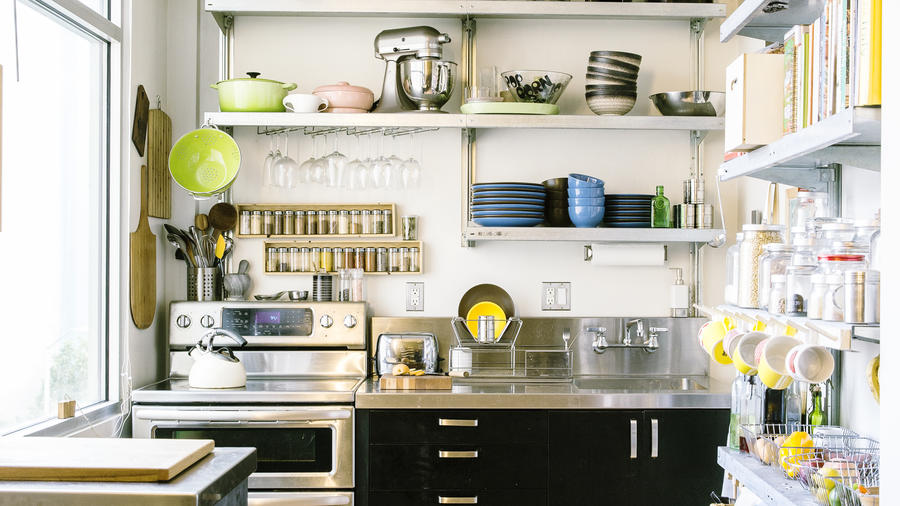 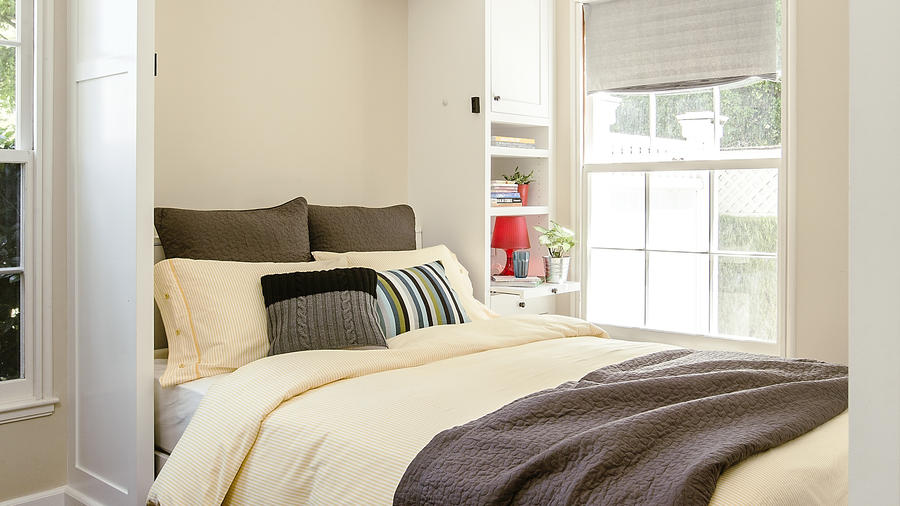 A multitasking space gets the Murphy bed treatment at the home of Susie Hwang in Palo Alto, California. (Thomas J. Story)

You’ve heard the rumors, and we’re here to tell you it’s true: the Murphy bed is definitely making a design comeback. Homeowner Susie Hwang incorporated a queen-size version with a hydraulic hinge (to bring the bed down gently) and a pullout nightstand wired for electricity. The bed’s descent triggers the headboard to pop up. What you don’t see in this image? The built-ins on the other side of the room, which conceal pantry items and a craft center with a drop-down table for office work. Talk about a storage overachiever.