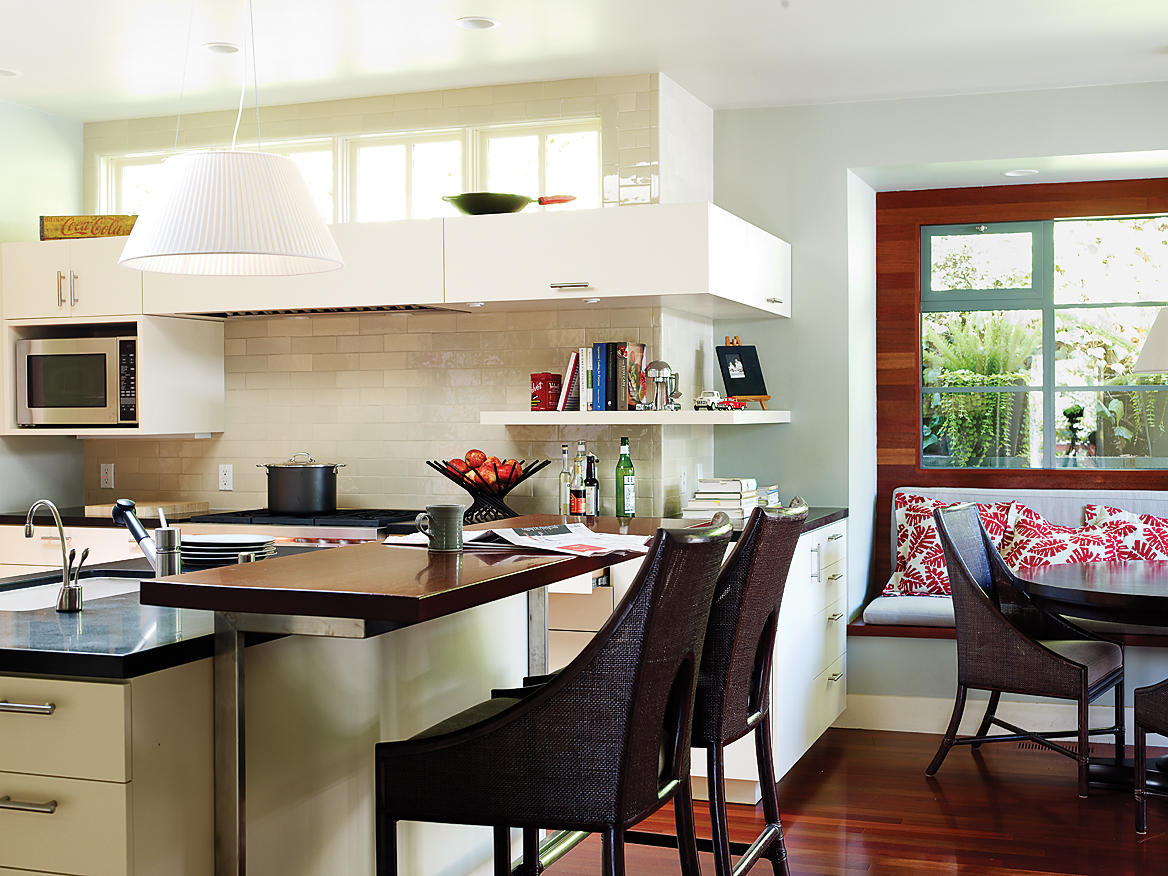 A traffic pattern can make or break a kitchen, no matter what its size. For Trigg McLeod, mother of two young children in Larkspur, California, it was her kitchen’s L-shaped counter that exasperated her. “I’d be in the kitchen and one of the kids would need something, and I’d have to go all the way around the L and then back again,” she explains. Her husband, Bill, suggested they simply cut out a section of the counter and open it up on both sides. That got the McLeods thinking about their ideal configuration for the entire space. So they turned to architect Neal Schwartz, who had designed their master suite addition a few years earlier.

Located at the rear of the house next to a steep slope, the kitchen didn’t have enough room for a comfortable breakfast area and felt isolated from the garden. “I asked Neal to think of the outside as an extension of this room,” Trigg says. Schwartz redesigned the space as a series of three distinct yet interconnected areas leading from the inside out. Innermost is the kitchen, organized around a multipurpose island with a raised bar counter. Between the kitchen and the yard is a breakfast nook with a TV and a toy storage area, which Schwartz created by pushing part of the rear wall out 3 feet and the side wall out 5 feet. Sliding glass doors open to the third and outermost space―a long, narrow deck defined by a built-in bench.

Now the traffic pattern and sight lines flow seamlessly from the kitchen through the breakfast area to the garden. Borrowed space makes each area feel larger than it is―and there’s no more running in circles.

HOW TO CONNECT ROOMS

Here are tips from this project for bridging separate spaces.

Unify
To prevent visual interruption, continue using the same colors, materials, and styles from one room to the next (or from inside to outside).

Brighten
Produce a feeling of openness and an outdoor connection by devising ways to bring in natural light and glimpses of the garden.