Birth of the modern ranch home 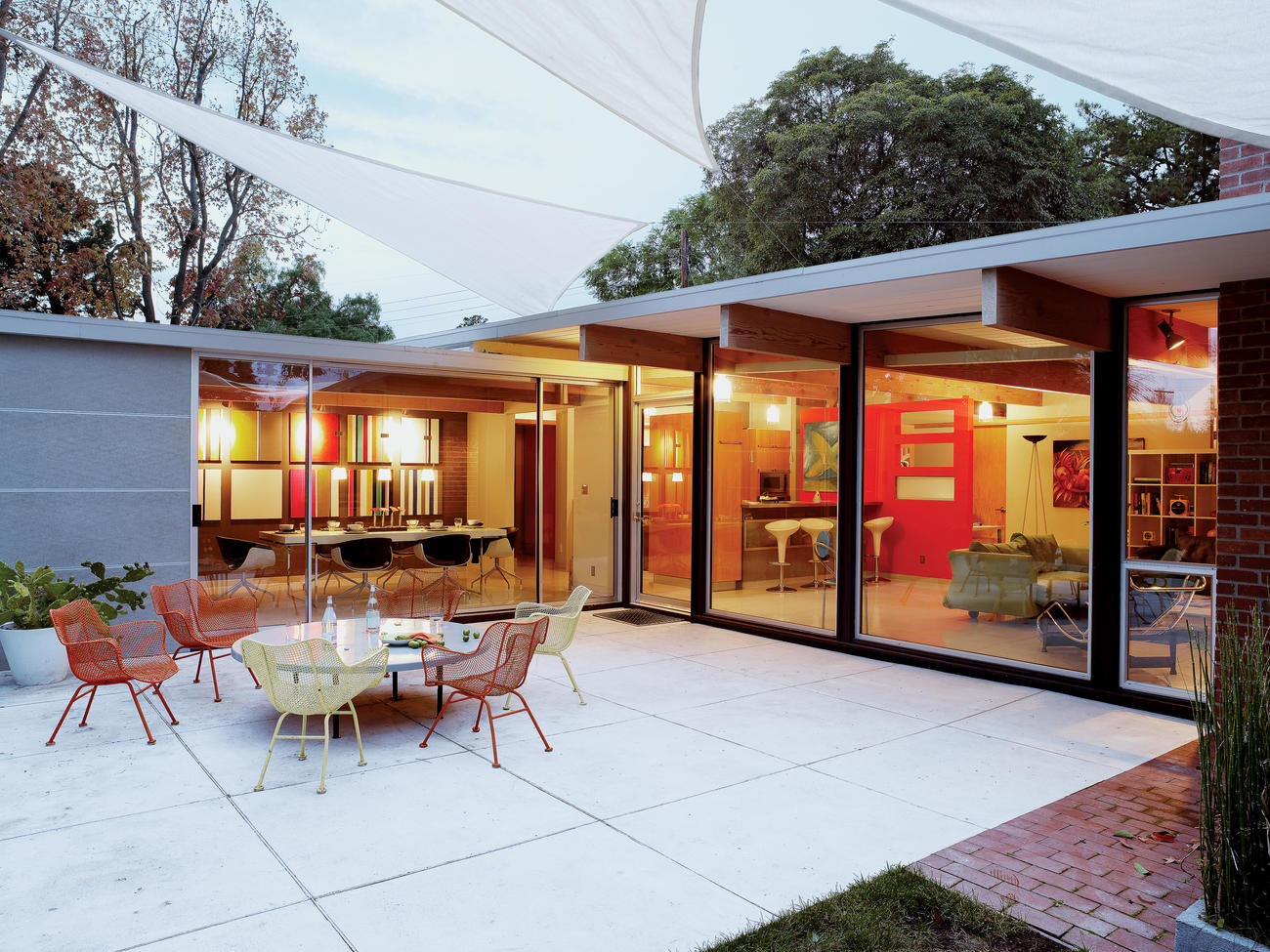 Thomas J. Story
Expansive views of the patio bring the outside in.
Written by Daniel Gregory, March 9, 2007
Share this story

What Eichler style is

Though the designs evolved over time, they often had flat or shallow-pitched roofs, exposed beams, and expanses of plate glass.

Garages often faced the street, while living areas opened toward the rear; later examples included an open-air atrium at the center.

The Eichler was a version of the suburban ranch house popularized by designer Cliff May and others.

A signature feature was running materials both inside and out (like the brick for a fireplace) to reinforce the idea that house and site were extensions of each other.History