Back to the future

This restoration of a modern classic celebrates nature and open space 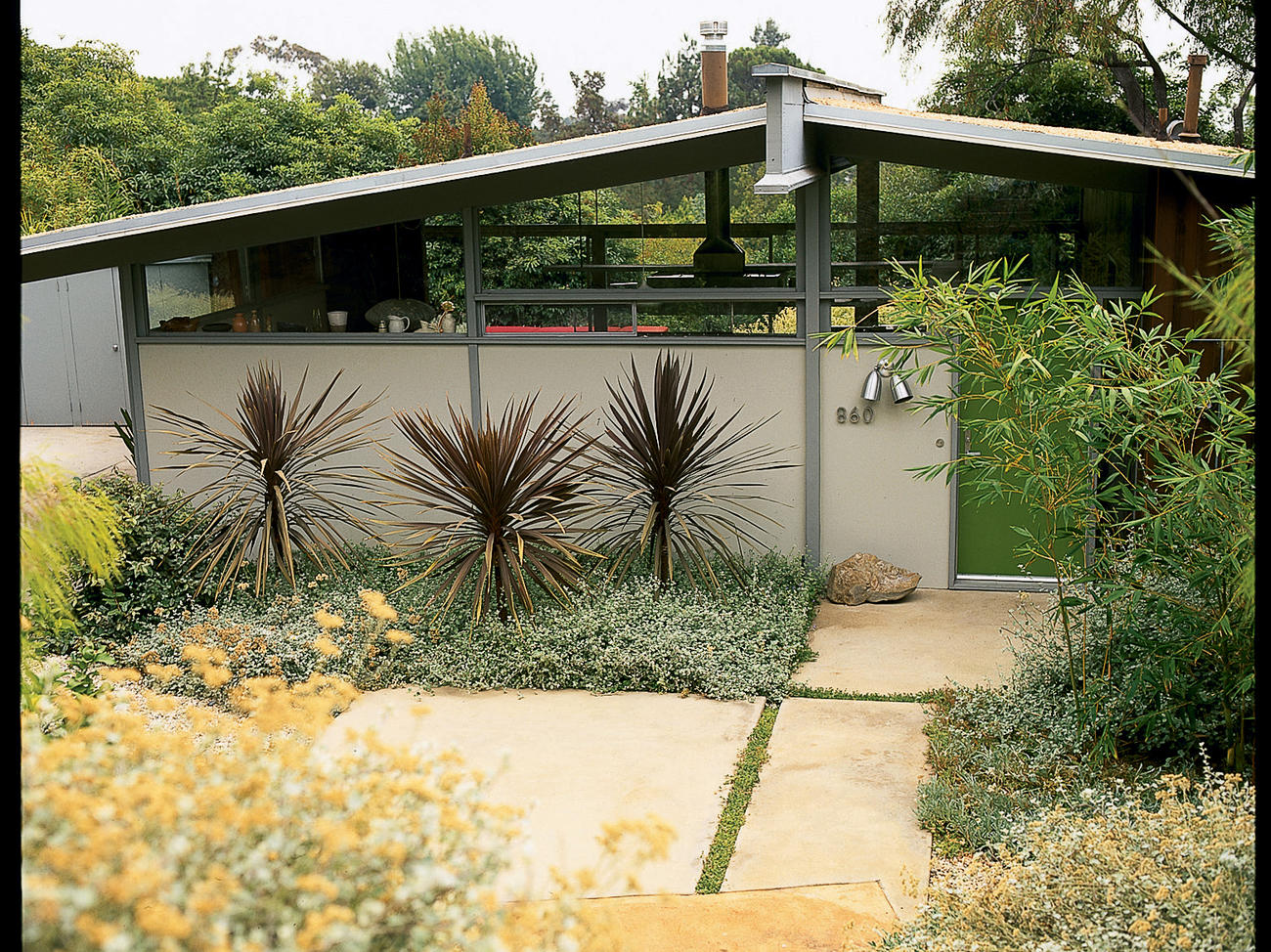 Lisa Romerein
After the remodel, privacy is restored. The chartreuse door is inspired by the color of new-growth ivy, a plant that had overrun the garden.
Written by Jil Peters, August 15, 2004
Share this story

17 amazing Before and Afters

While taking a walk with a friend, Lauri Gaffin came across this vintage example of modern architecture.

Designed by A. Quincy Jones ― one of the principal architects for developer Joseph Eichler, the father of the mass-produced Eichler house of the 1950s and ’60s ― it had been sitting vacant and decrepit for 10 years.

But Gaffin, a set decorator familiar with midcentury modernity, saw beyond the disrepair.

“The design was simple and clean and all about light,” she says. “Having grown up in California, I always thought that I would end up in an old, Spanish-style house, but when I walked into this home, I knew this was it. I knew exactly what to do with it.”

For help, Gaffin enlisted friend and architect Cory Buckner, an expert on Jones’s architecture (and author of a book about him). They completed a comprehensive and respectful makeover in four months on a limited budget.

Key changes included removing the old brown carpeting; making the concrete floors like new again by floating a thin layer of concrete over them; removing the heavily textured stucco and lava rock that had been added to interior and exterior walls; and lovingly sanding and oiling the original redwood paneling back to life.

They revived the house’s original character in other ways as well. The home had been designed to screen the road while opening to the rear garden through a wall of glass.

Jones called the front of the house ― containing high clerestory windows in an otherwise blank façade ― a privacy wall. But at some point, owners had added a conventional window at head height, opening the house to views from the street.

The window had to go. Buckner and Gaffin removed a freestanding living room fireplace ― also not part of the original design ― to open up the sight line between front door and garden.

Next: Creating the garden

Landscape designer Jay Griffith and landscape architect Russ Cletta created the garden, which appears to flow into the living room. “I wanted the garden to be beautiful shades of green,” Gaffin says. “And I wanted it to be wild and low-maintenance, because I work so much.”

“We designed the garden to be in keeping with the architecture,” Cletta explains. The limited plant palette includes three varieties of bamboo ― used as screening elements ― plus miscanthus grass, ‘Goodwin Creek Grey’ lavender, and Helichrysum petiolare ‘Limelight’.

The peacefulness and the ever-changing light in both the home and the garden are Gaffin’s favorite elements. “It is like waking up to a different painting every day. The shadows are constantly moving, both inside and out.”

A. Quincy Jones and the Eichler aesthetic

As abstractions of the suburban ranch house, the Jones and Emmons designs ― often L-shaped or organized around an atrium ― emphasized post-and-beam construction and walls of glass.

More: 17 amazing Before and Afters

Back to the future