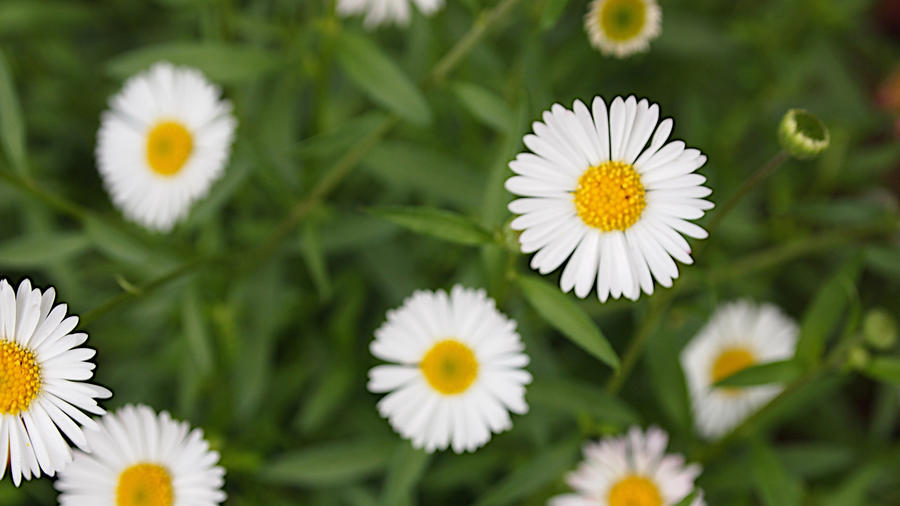 Botanists have changed this plant’s name several times over the years; at one point it was removed from Chrysanthemum and reclassified as Leucanthemum (catalogs may still offer it as such). By any name, though, the yellow-centered white daisies look splendid both outdoors in the garden and indoors in bouquets. With routine care, plants will bloom happily from early summer through midfall.

The 3- to 5-inch-wide, single or double flowers are borne individually on leafy stems rising from basal mounds of coarsely toothed, dark green foliage. They’re long lasting–in some cultivars, an individual flower may persist up to several weeks. The most popular cultivars grow 2 to 3 feet high and 1 1/2 to 2 feet wide; some of the newer ones are especially heavy blooming.

Shasta daisies prefer fairly rich, moist soil, though some do well in regular garden soil. In all soils, good drainage is important, especially in winter. During the growing season, fertilize regularly to increase the number of emerging flower stalks; cut spent stalks back to the ground after flowers fade. In cold-winter areas, mulch around clumps’ bases in fall; don’t cover remaining foliage, though. Divide every 2 to 3 years; replant new growth from the edge of each clump and throw away the woody center.

Shasta daisy gall disease causes the root crown to split into many weak, poorly growing plants that quickly die. Dig out affected plants and do not replant new ones in the same spot.