Plant a water-wise front yard alive with texture and blooms 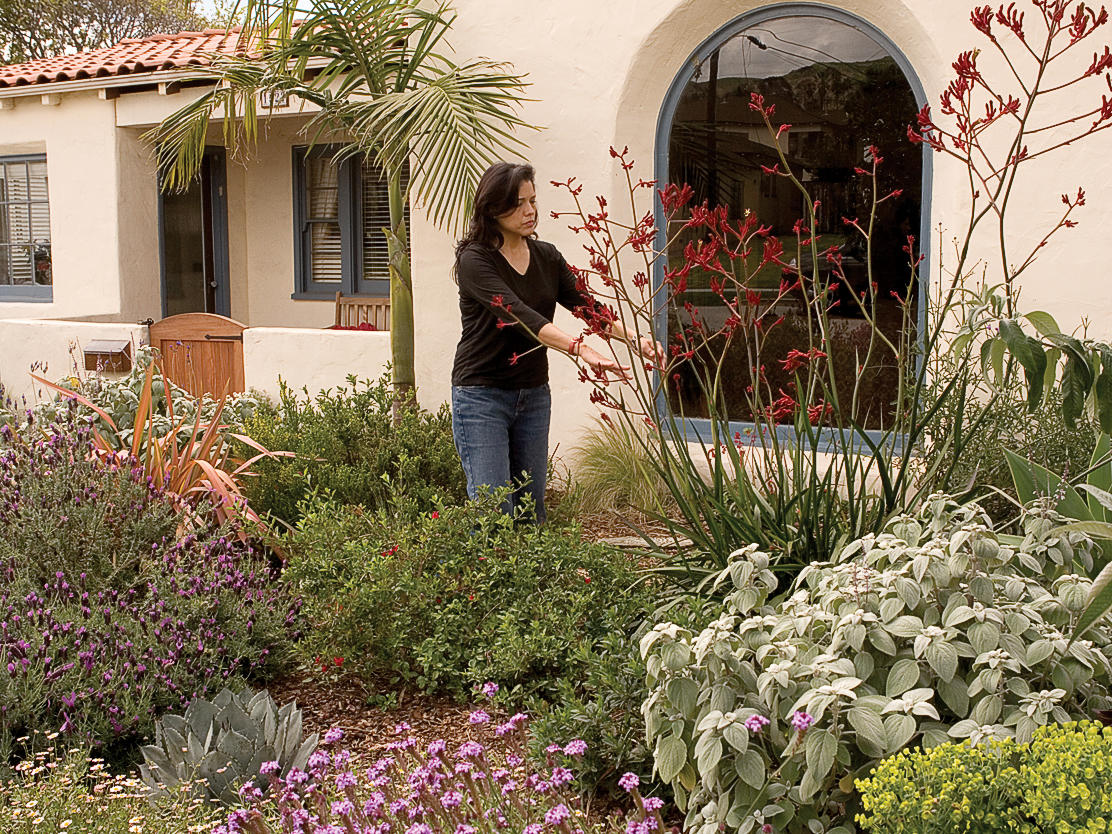 Water-conserving gardens can be as colorful as any other. The front yard of Rick Cole, Ventura’s city manager, is blooming proof.

When Cole, wife Katherine Perez, and their three young children moved into a Spanish revival home in the Midtown area, the front yard consisted of St. Augustine grass and an oleander hedge ― not exactly the xeric message Cole wanted to project as city manager. Nor was it the environment he wished to live in.

“I wanted something that reflected Ventura’s great heritage: the mission, beaches, agriculture, and native habitat,” he says.

So husband-and-wife team Michelle Bednar Walker and Jeremy Walker of Blooming Gardens gave Cole a garden that complements his home as well as the larger community.

It’s full of great texture and nearly year-round color, and it contains a play spot that the couple’s children delight in.

It’s also immensely more successful as habitat, according to Cole.

“We went from zero butterflies and hummingbirds to constant,” he says. “There’s so much going on out there sometimes, it makes you laugh.”

Four Great Ideas from this Garden

1. Mix California natives with other water-wise plants to extend the color show.

Cole originally wanted an all-native garden, but Bednar Walker persuaded him to use a mix so there would be more color in summer and fall when native plants are dormant.

2. Use berms to create subtle screening.

Walker built up the landscaping on either side of the front window to replace some of the privacy lost when a hedge was removed. A mini arroyo of pea gravel and rocks flows between the two berms.

The Cole-Perez garden was too small for a majestic giant like Miscanthus, but not for modest-size red fountain grass or Mexican feather grass (Nassella tenuissima).