Share your national parks wow shots! Our favorite will win a $150 gift card toward a hotel stay near the park of the winner's choice. 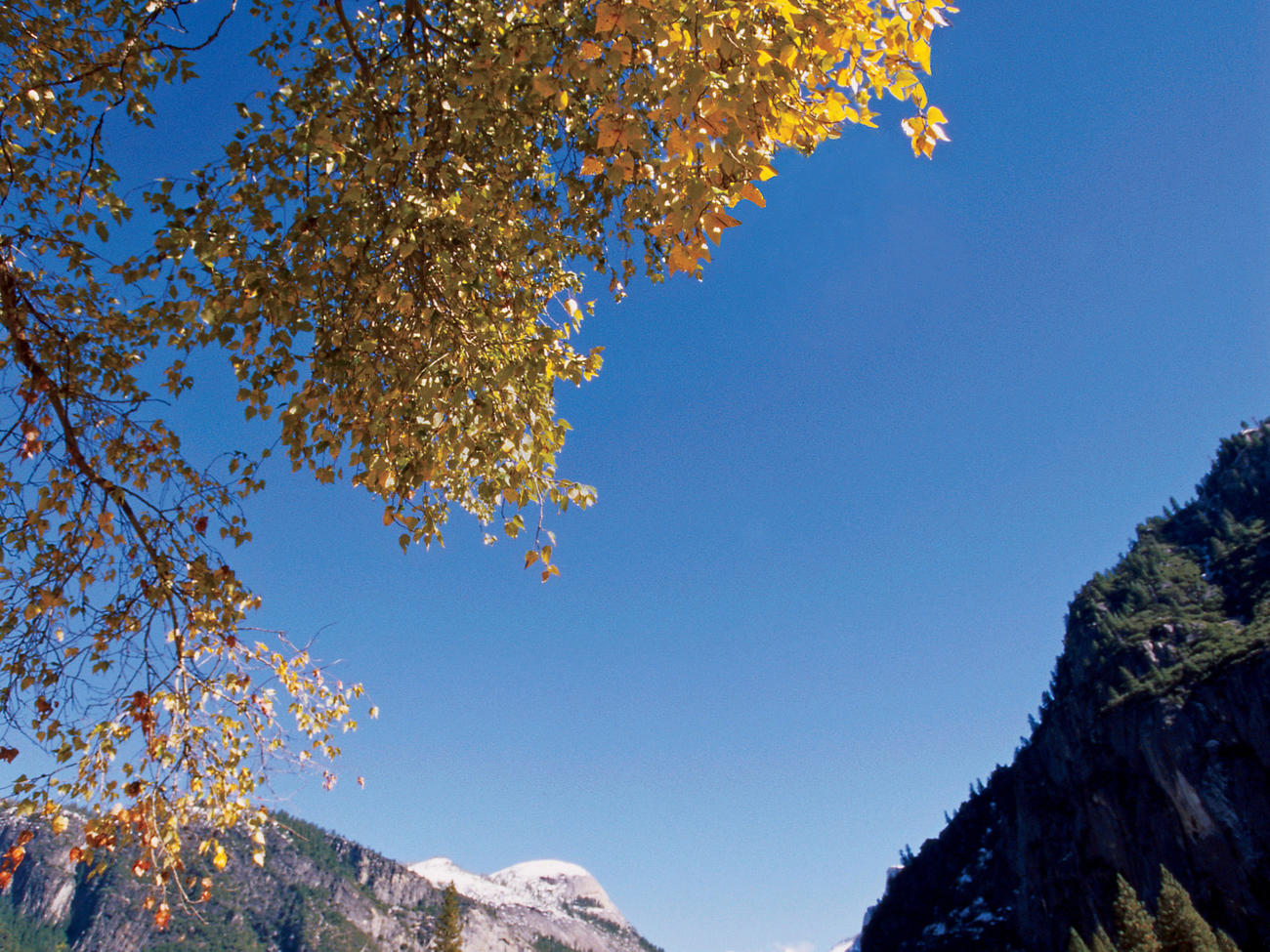 1. HOW TO ENTER: This contest begins 12:01 A.M. EST on February 5, 2014, and ends 11:58 P.M. EST on March 15, 2014.  To enter online, go to sunset.com/nationalparks and follow instructions to submit your original photograph of a national park and caption describing your experience at the park. To enter via postal mail, submit your photograph and caption by mailing your entry to Sunset Magazine, National Parks Contest, 80 Willow Road, Menlo Park CA 95025.  Entries must be postmarked no later than March 15, 2014, and received no later than March 22, 2014. Sponsor is not responsible for lost, late, illegible, incomplete, postage due mail or entries not received for any reason.  Entries become sole property of Sponsor and none will be acknowledged or returned.  By entering, Entrant warrants that his or her entry (1) is original and does not infringe the intellectual property rights of any third party, (2) has not been published in any medium or (3) has not won an award.

2. JUDGING: All entries will be judged by Sunset Magazine’s editors, based on the following criteria: Overall Appeal of Photo (75%), and Creativity of the Caption (25%).  In the event of a tie, an additional “tie-breaker” judge will determine the Winner from among all such tied entries using the judging criteria above.  Incomplete and/or inaccurate entries and entries not complying with all rules are subject to disqualification.  Decisions of judges are final and binding.  Winner will be notified by email or postal mail.

3. ELIGIBILITY: Open to legal residents of the 50 United States and the District of Columbia who are 19 years or older at time of entry (“Entrant(s)”).   Void where prohibited by law.  Employees of Sponsor and its promotional partners and their respective parents, affiliates and subsidiaries, participating advertising and promotion agencies (and members of their immediate family and/or those living in the same of household of each such employee) are not eligible.

4. PRIZES AND APPROXIMATE RETAIL VALUE: One Winner will receive a gift card for a hotel near the park of their choice. Hotel selection will be made my Sunset Magazine’s editors. Approximate Retail Value: $150.  Shipping and handling will be paid for by Sunset.  ALL TAXES ARE THE SOLE RESPONSIBILITY OF THE WINNER.  The prize is awarded without warranty, express or implied, of any kind.

5. CONDITIONS OF PARTICIPATION:  No transfer, assignment, or substitution of a prize permitted, except Sponsor reserves the right to substitute prize (or prize component) for an item of equal or greater value at Sponsor’s sole discretion.  Nothing in these official contest rules shall obligate Sponsor to publish or otherwise use any entry submitted in connection with this Contest.  All federal, state and local laws and regulations apply.  Entrants agree to be bound by the terms of these Official Rules and by the decisions of Sponsor, which are final and binding on all matters pertaining to this Contest.  By entering, Entrant represents that any photo or essay, and other materials submitted as part of Entrant’s Contest entry, are original and will not constitute [defamation or ] an invasion of privacy or otherwise infringe upon the rights of any third party, and that the Entrant owns or has the rights to convey any and all right and title in such photo, essay, and other materials.  In addition, by entering, Entrant grants to Sponsor a non-exclusive, worldwide, royalty-free license to edit, publish, promote, republish at any time in the future and otherwise use Entrant’s submitted photo and essay, along with Entrant’s name, likeness, biographical information, and any other information provided by Entrant, in any and all media for possible editorial, promotional or advertising purposes, without further permission, notice or compensation (except where prohibited by law).  Potential Winner, as a condition of receiving any prize, also may be required to sign and return an Affidavit of Eligibility, a Liability Release and where legally permissible a Publicity Release and confirmation of a license as set forth above within 7 days following the date of first attempted notification, certifying, among other things, the following: (a) entry does not defame or invade the privacy of any party; (b) entry does not infringe upon the rights of any third party; and (c) the photo and essay and other materials submitted are original and have never been published and entry has never won an award.  Failure to comply with this deadline may result in forfeiture of the prize and selection of an alternate winner.  Return of any prize/prize notification as undeliverable may result in disqualification and selection of an alternate winner.  Acceptance of the prize constitutes permission for Sponsor and its agencies to use Winner’s name and/or likeness, biographical information, photo, essay and other materials submitted for advertising and promotional purposes without additional compensation, unless prohibited by law.  By entering and/or accepting prize, Entrants and Winners agree to hold Sponsor and its promotional partners, its directors, officers, employees and assigns harmless for liability, damages or claims for injury or loss to any person or property relating to, in whole or in part, directly or indirectly, participation in this Contest, the acceptance and/or subsequent use or misuse, or condition of any of the prizes awarded, or claims based on publicity rights, defamation, or invasion or privacy.  False or deceptive entries or acts will render the Entrant ineligible. Sponsor, in its sole discretion, reserves the immediate and unrestricted right to disqualify any entrant or prize winner, if either commits or has committed any act, or has been involved or becomes involved in any situation or occurrence which the Sponsor deems likely to subject the Sponsor, entrant or winner to ridicule, scandal or contempt or which reflects unfavorably upon the Sponsor in any way.  If such information is discovered by Sponsor after a winner has received notice of his prize and before the prize is awarded, Sponsor may rescind the prize in its entirety.  If a portion of his/her prize has already been awarded, Sponsor may withdraw the remainder of the prize that has been fulfilled.  Decisions of the Sponsor are final and binding in all matters related to this paragraph.  Sponsor is not responsible for any typographical or other error in the printing of the offer, administration of the contest, or in the announcement of the prize.

6. INTERNET: Sponsor is not responsible for lost or late entries nor for electronic transmission errors resulting in omission, interruption, deletion, defect, delay in operations or transmission, theft or destruction or unauthorized access to or alterations of entry materials, or for technical, network, telephone equipment, electronic, computer, hardware or software malfunctions or limitations of any kind, or inaccurate transmissions of or failure to receive entry information by Sponsor or presenter on account of technical problems or traffic congestion on the Internet or at any Web site or any combination thereof.  If for any reason the Internet portion of the program is not capable of running as planned, including infection by computer virus, bugs, tampering, unauthorized intervention, fraud, technical failures, or any other causes that corrupt or affect the administration, security, fairness, integrity, or proper conduct of this Contest, the Sponsor reserves the right at its sole discretion, to disqualify any individual who tampers with the entry process, and to cancel, terminate, modify or suspend the Contest.  Sponsor reserves the right to select winners from eligible entries received as of the termination date.  CAUTION: Any attempt by a contestant to deliberately damage any Web site or undermine the legitimate operation of the game is a violation of criminal and civil laws and should such an attempt be made, Sponsor reserves the right to seek damages from any such contestant to the fullest extent of the law.  If there is a dispute as to the identity of the Entrant, the prize will be awarded to the authorized account holder of the email address.  The “authorized account holder” is defined as the natural person to whom the email address is assigned.

7. GOVERNING LAW: This Contest is governed by the internal laws of the state of New York without regard to principles of conflict of laws.  All cases and claims pertaining to this Contest must be brought in a court of competent jurisdiction in the City of New York, without recourse to class action suits.

Hot Chocolate, But Make It Charcuterie: How to Create a DIY Holiday Board At Home