The next time you’re looking for an arts escape, or a good burger, why not try a park? They’re the cities’ hippest hangouts 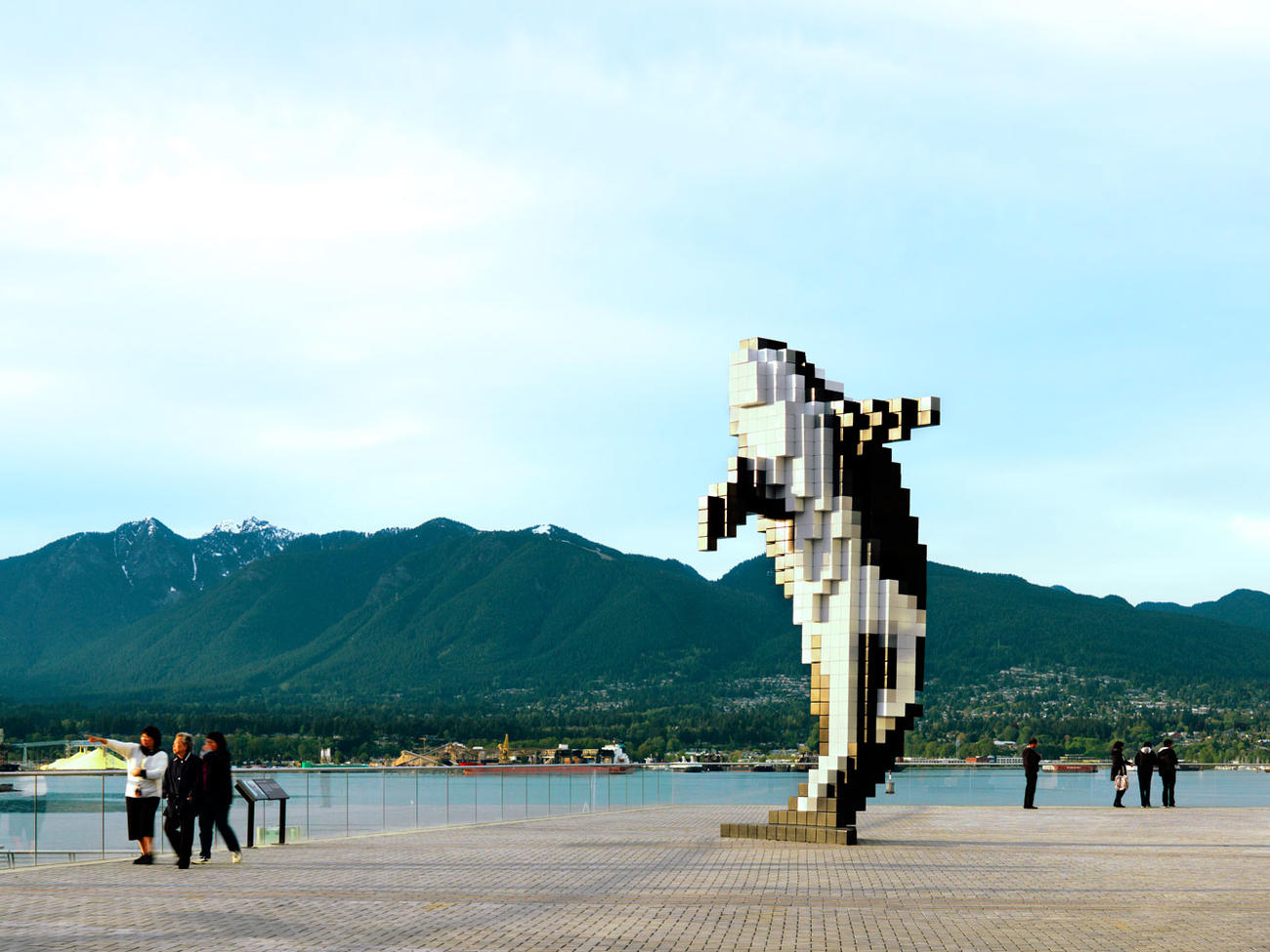 The surprise here is the life-size Digital Orca sculpture breaching vertically from the Jack Poole Plaza, a triangular slice on the waterfront. And no, the whale isn’t fuzzy; it’s pixelated into Lego-like blocks. Also on the plaza is the Olympic cauldron–where the flame burned during last year’s Winter Games–now on display permanently. North end of Thurlow St.; 866/785-8232.

Plunked down on what used to be a freeway off-ramp, Hayes Valley Farm is the urban equivalent of the back-to-the-earth experience you used to have to drive to. Just a block from a strip of boutiques, city farmers are growing kale, snap peas, and beets. Drop by to learn composting or take a yoga class. Free yoga; soil classes from $25; 450 Laguna St.; hayesvalleyfarm.com

The gold dome of the Colorado State Capitol makes for a classic photo op–except for one thing: the chard, basil, and tomatoes now growing in Civic Center Park where there were once ubiquitous petunias. Grow Local Colorado and Denver Parks & Rec teamed up to tend these highly designed plots of edibles and donate the harvest. Broadway at Colfax Ave.; denvergov.org/parks

The amphitheater-shaped bowl cut into a steep hillside at Thomas C. Wales Park is no accident–this was once a gravel pit. Now, it’s dominated by the Quarry Rings sculpture, five rock-filled doughnuts perched in midair. Peer closer to spy nesting boxes for songbirds and slots to house bats. 2401 Sixth Ave. N.; seattle.gov/parks

Before its completion in 2010, Director Park was a parking lot. Now, it’s a European-style piazza, a square-block expanse of honey-hued granite, a bosque of yellow-wood trees, a burbling fountain, sculpted benches, and a 1,000-square-foot glass canopy that hovers far above, shielding the downtown lunch crowd from April showers. You gotta try the justifiable famous burger at the square’s Violetta ($; 503/233-3663), an ambitious slow-food luncheon-ette in a glass cube. S.W.Yamhill St. at S.W. Park Ave.; directorpark.org

You might be surprised by what you can find just north of downtown Seattle: Six-month-old Lake Union Park has beach access and other water-centered fun. Our favorite is the floating farmers’ market, where you can select fresh-off-the-boat produce from the Virginia V steamship. There’s a model-boat pond, a 300-foot fountain with water arches, and dragon boat paddling. Farmers’ market (farmboat.org) 11-3 Thu; 860 Terry Ave. N.; atlakeunionpark.org

The Pacific may be calling from across the street, but trust us, it’s worth stopping at the median that neighbors have transformed into La Playa Park. The patchwork of gardens includes succulents galore, a shaded meditation path, and edibles that withstand the Outer Sunset neighborhood’s soupy fog. In May, the park’s two new bocce courts are slated to open. Judah St. at La Playa St.; laplayapark.info

The steep, three-level La Tierra de la Culebra looks a bit scraggly from the street, but hidden among its 2 acres are a 450-foot stone serpent, a graffiti yard, and a ziggurat–that’s right, a pyramid-shaped temple. The art park, shaded by olive and huge oak trees has a DIY feel. Sometimes open during the day, the coffeehouse buzzes with bands on weekends. There’s more music and art at NELAart’s monthly Second Saturday Gallery Night (next even Apr 9). 240 South Ave. 57; 323/474-6905.

Someday, Orange County Great Park will be one of the biggies–think Golden Gate Park or Vancouver’s Stanley Park. Its 1,347 acres will be a web of lakes, trails, botanical gardens, even museums and an amphitheater. Get in on the excitement by launching 400 feet into the air on a tethered orange helium balloon. Or hop on the carousel, with illustrations from vintage O.C. citrus crates. And at the Farm and Food Lab, Master Gardeners teach free classes on growing tomatoes, planting natives, and , for small spaces, 1-square-foot gardening. Carousel from $2 and balloon rides from $5; Thu-Sun. Off I-5 or I-405 at Sand Canyon Ave.; ocgp.org