These Ski Resorts Lead the Pack on Sustainability in the West

With eco-friendly equipment, plastic-free campuses, and zero-waste plans, these mountain resorts are helping ensure the future of snow sports 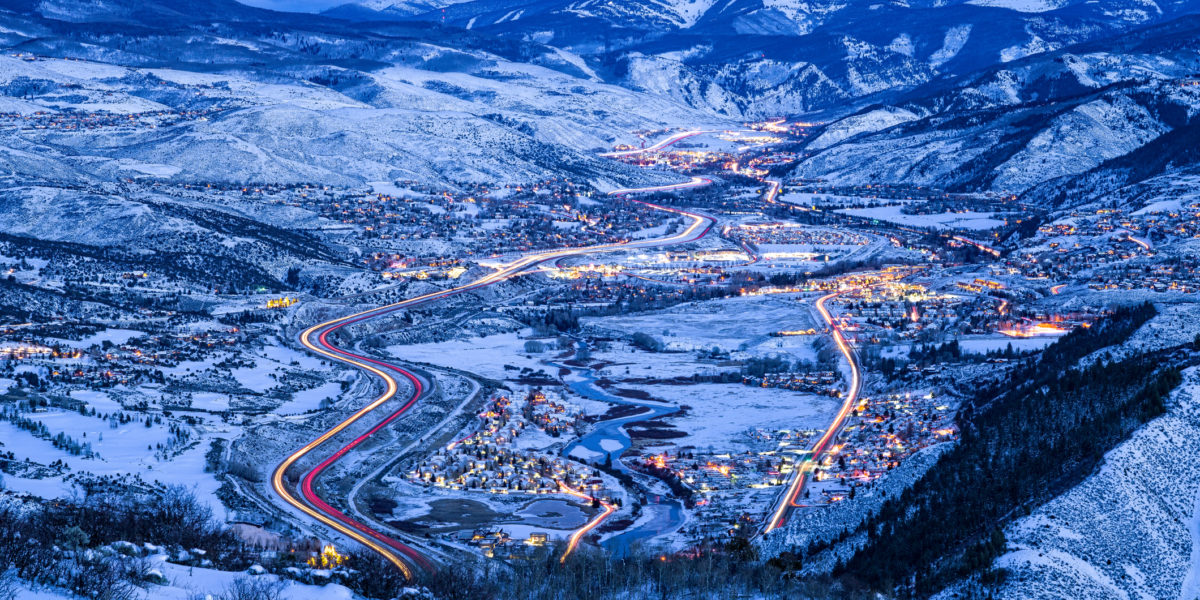 The West has some of the country’s best skiing, with resorts ranging in scope from underrated gems to Olympic-standard mountains. And while this region does an ace job of stirring environmental action (check out all the cities that have banned plastic straws recently), it’s no secret that the ski industry takes a major toll on our already-taxed Mother Nature. Since the 1980s, snowfall in the West has seen an average drop of 41 percent (per last year’s Geophysical Research Letters), and according to the United Nations, we have 11 years to do something about climate change before it’s too late.

Fortunately, in the past decade, the industry has stepped up its conservationist game to curb and offset the damage. At these mountain resorts, single-use plastics and high-powered chairlifts are on their way out, carpooling is cool again, and renewable energy and water-saving technology are finding their way into everything from hotel programs to equipment.

From the big guys that pony up the major bucks for fancy, energy-efficient snow machines and national campaigns, to the small, indie ski areas that rely on grassroots efforts to engage current and future environmental stewards, these are the resorts worth backing with your greens. We salute small ski areas that—with engaged management and citizens—set the pace on conservation. As a community-owned mountain, Diamond Peak has always done a bang-up job protecting its resources, and recently, the 655-acre resort became the second in the country to earn the STOKE Certified seal. The first sustainability watchdog to focus specifically on ski and surf, STOKE evaluates resorts on a 100-point criterion. After Diamond Peak enrolled in the program, the org helped the resort develop a roadmap to get the mountain operating with minimal impact. Three years later, the ski area earned 78-point compliance thanks to efforts like having free shuttles and electric car charging stations, selling pocket-friendly water pouches, investing in eco-friendly snowmaking equipment, and posting playful signs across the village to inspire riders to pitch in—a feat that’s made a lot easier with the Lake Tahoe views that frame almost every run. Spanning 5,527 acres across four mountains and two towns, Aspen Snowmass is a global environmental leader. In the ’90s, the company starting rolling out eco upgrades like installing solar arrays, using waste methane from a nearby coal plant to power operations with clean energy, composting at most on-mountain restaurants, and developing a company-wide energy reduction program. Their push to build LEED-certified hotels and restaurants was an industry first, too. As part of its 50th anniversary last year, the group introduced the new Snowmass Base Village with a free ice skating rink, a co-working space, and the LEED-certified, ski-in, ski-out Limelight Hotel Snowmass. Environmental activism is at the heart of the operation for management and employees, who can volunteer to have funds taken from their paychecks to finance different community projects with each dollar being matched by the company. Going beyond local impact, Aspen works with Protect Our Winters to influence climate change policy. Its “Give a Flake” campaign has the team spending more time in the capital than any other resort advocating for clean power and other climate change initiatives and donating millions (more than $3.5 million in 20 years) to conservation projects. Please note that Taos’ projected opening of Nov. 26 has been postponed.

Privately owned by a conservationist and hedge fund billionaire, Taos Ski Valley is the first ski resort in the world rated as a B-Corp for its commitment to social and environmental efforts. In the past six years, this green ski resort has eliminated plastic-bottle sales, installed energy-efficient lighting, and aided in watershed restorations of the area. With its snow farming program, Taos is able to store up powder as it falls, curbing the amount of artificial stuff they have to make later. The Taos Verde program infiltrates everything the company does on the mountain, including providing a shuttle for employees to get to work and partnering with the Taos Institute Earthship to turn onsite restaurants’ wine bottles into building materials for homes. The resort’s goal—and one they’re working diligently toward—is to reduce greenhouse gas emissions by 20 percent in 2020. In an effort to maintain the title of Spring Skiing Capital for its famously long snow season, the soon-to-be formerly-named Squaw-Alpine is constantly greening up their property. More recent efforts include quadrupling the size of its Protect Our Winters carpooling parking lot, switching to more durable stone paper trail maps, and investing heavily in high-efficiency snowmaking machinery. In 2019, the resort made headlines when it reached its goal of running 100 percent on renewable energy—the first resort to do so. With this change, the resort expects to cut its carbon footprint in half. That’s on top of being the first ski resort to ban plastic bottles through its “Drink Mountain Tap” campaign. Instead, Squaw sells refillable bottles, at the same price as plastic, that are slim enough to slip into your ski jacket. Also in the works: An initiative to find a new name for this 21st-century resort that isn’t quite so trapped in the Gold Rush. 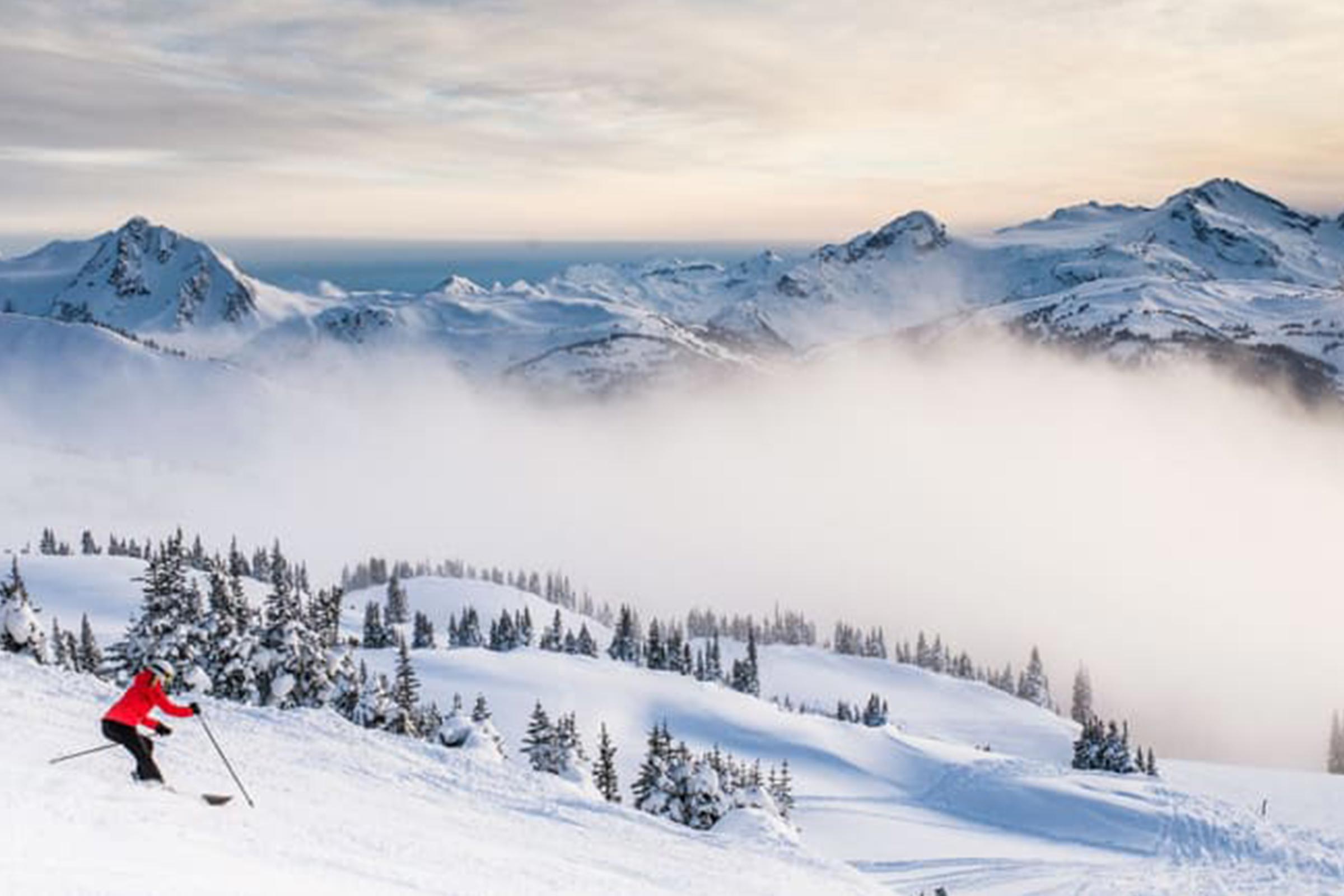 One of the pioneers in combating climate change, Whistler Blackcomb has been going green for more than 30 years. To meet its goal of reaching zero-waste and zero-operating footprint model, the resort setup a Mountain Planning and Environmental Resource team to ensure that recreational experiences are built around, instead of atop, ecosystems. Before any project or expansion, the team steps in to assess and help curb the impact. Through a hefty roster of initiatives—going smoke-free, investing millions into mountain restoration, composting at restaurants, creating “The Big Picture” documentary to educate people on climate change and skiing—the resort has already reduced waste by 70 percent since 2000 and saved enough electricity to power 1,400 homes in B.C. for a year. More than 430 inches of snow fall over this 1,600-acre ski area near Durango annually—the most of any resort in Colorado. The mom-and-pop ski area has long embraced clean energy—offsetting all its power usage with wind energy since 2006—but now Wolf Creek takes advantage of Colorado’s 300 days of sunshine and operates as the world’s first solar-powered ski area. And the green efforts don’t stop there: Wolf Creek’s snowcats run on grape seed oil, and you’ll notice several of the restrooms are water-free, which produce zero discharge. While the largest snowmaking enhancement project in North America is underway at Vail, the sprawling ski company is making good on its Epic Promise initiative to achieve zero-net emissions and zero-waste to landfills by 2030. Toward that end, Vail has installed low-energy snowmaking equipment, adopted green standards for its building design and new construction, planted or restored one acre of forest for each acre affected by the resort’s operations, and partnered with EcoProducts to supply all its restaurants. All of this is even more impressive when you consider the initiatives apply across most—or in some cases, all—of Vail’s 19 ski resorts. In 2018, the Global Sustainable Tourism Council recognized the Vail Valley, Colorado, location by naming it the first sustainable mountain resort destination.

These Eco-Friendly Hotels Treat You and the Planet Right