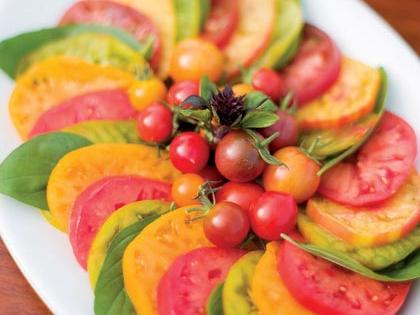 Thomas J. Story
Written by Irene Edwards August 9, 2006
Share this story
As foodie tourism goes, Orcas, the jewel of Washington’s San Juan islands, is one of the West’s most enchanting options. Settlers have farmed the island since the 1870s, but only recently have they begun to organize themselves for visitors―setting up on-site produce stands, perma-culture classes, even an informal petting zoo. GETTING THERE Orcas Island is reached via a 1-hour ferry ride from Anacortes, WA (80 miles north of Seattle). Check with Washington State Ferries (206/464-6400) for schedule and fare information. You can also take a seaplane from Seattle’s Lake Union (with free shuttle service to and from Seattle-Tacoma International Airport) to one of three destinations on the island. Contact Kenmore Air (866/435-9524) for more information.

Orcas Island has plenty of vacation rentals. Most of them rent for a minimum of one week during summer months, but become negotiable the rest of the year. Ask about off-season rates. Cherie L. Lindholm Real Estate. Ken and Karen Speck’s extensive rental properties range from an artist studio ($60/night) to a lavish four-bedroom waterfront house ($1,200 per night). 360/376-2204

Here are three market-fresh dishes inspired by the bounty of Orcas Island. Grilled Leg of Lamb with Yogurt-Mint Sauce Christina Orchid ties her lamb; we like leaving it untied too, so it cooks faster and gets nicely charred ― and we add a tangy sauce. Israeli Couscous with Fresh Peas and Mint Also known as pearl couscous, Israeli couscous has an appealing tender-chewy texture. Deep-Summer Tomato-Basil Salad More an arrangement than a recipe, this salad couldn’t be simpler ― or taste more like summer.